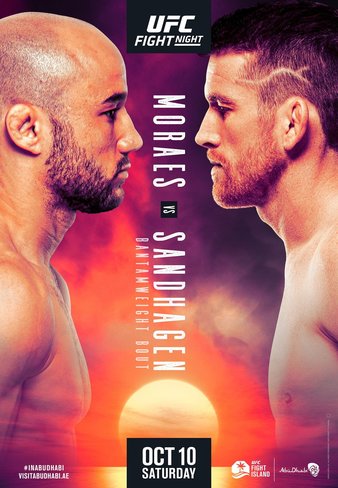 Prelim Breakout Star steps a tad out of our comfort zone this week with a pick a lot of people might already know about. However, while he’s a borderline household name with avid fans, he is still not as big as I believe he should be.

The boxing output on this man is just incredible. In his UFC debut, he went the distance with Kai Kamaka III and landed 185 strikes over 15 minutes. Perhaps even more impressive is that he threw nearly 300 strikes over the course of that fight (298 officially) and at no point seemed like his energy was waning. And for those writing that number of strikes off as just empty volume, note that 114 of them were deemed significant strikes, which shows that he’s coming to hurt people.

A loss in your debut is never quite the thing that’s going to bring you fans, although a Fight of the Night performance may help. If you’re wondering why the hype wasn’t there coming into the year, peep his record. At just 6-1 in the UFC, with a three year layoff baked in there, there wasn’t much of a reason to get jazzed on Kelley. Now that we’ve seen what he is capable of, it is time to get excited again.

Ali AlQaisi is a guy who really relies on the takedown to control a fight. He shot nine against Irwin Rivera and was only able to come out with two successful attempts. That, in and of itself, is enough to like Kelley’s chances to stuff and keep it on the feet. However, that’s not the only reason why AlQaisi might have a tough time. With unsuccessful takedown attempts often comes tucked heads, and Kelley has shown to have a very deadly guillotine. So even if AlQaisi does get in on the hips, it may not be the best case for him.