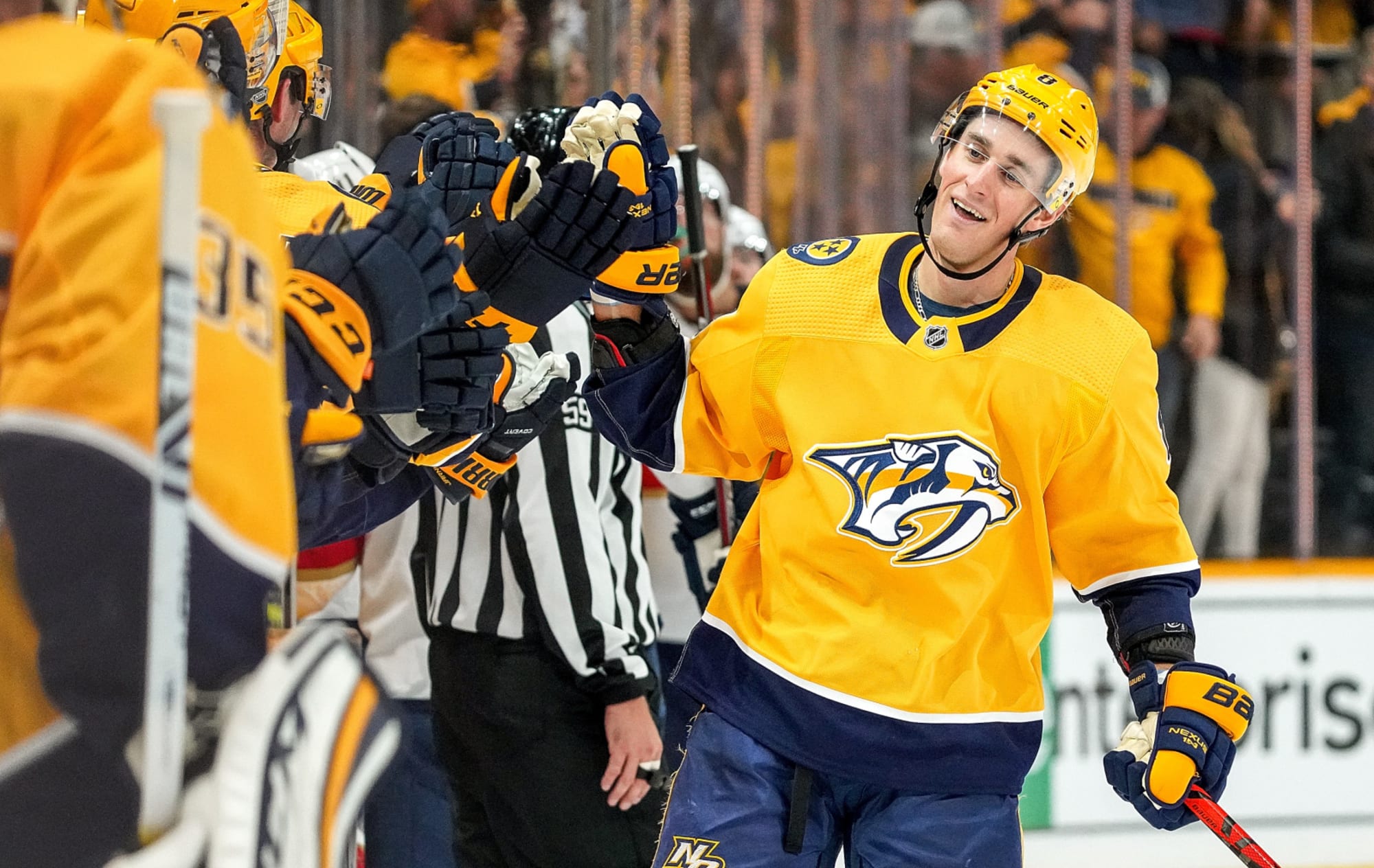 Day one of NHL free agency was an uneventful but strong day for the Edmonton Oilers. The club signed the recently bought out Kyle Turris to a two-year contract, then re-signed veteran winger Tyler Ennis to a one-year deal. The two will carry a combined $2,650,000 cap hit next season.

The Oilers also added three AHL veterans, signing forward Alan Quine to a one-year deal and forward Seth Griffith to a two-year, two-way contract. The club also signed goaltender Anton Forsberg to a one-year contract. It wasn’t a sexy day, but it was an effective one for GM Ken Holland.

Turris was, not so long ago, an impact offensive player. He scored 51 points (16 g, 35 a) in 76 games split between the Predators and Ottawa Senators during the 2017-18 season. Turris, from arrival in 2011 through departure in the fall of 2017, was an impact player and top-six center for the Senators.

Turris won’t have to fill that role in Edmonton. Instead, he’ll get the chance to play a depth role against lesser competition behind Connor McDavid and Leon Draisaitl. It’s a good chance for Turris to rebuild his value and get his career back on track.

Another positive? In addition to a lesser role, Turris’ possession numbers haven’t slagged much in recent seasons. Turris still posted a Corsi For of 50.7% in 2019-20, which was his wrost mark since a 48.4% mark in 2016-17 with a Senators team that was poor when it came to possession. He was .4 relative to his teammates this past season.

A right-shot center, Turris likely will see Jesse Puljujarvi line up on his right wing whenever opening night comes around. Ennis and fellow veteran James Neal are in the running for his left wing…..for now.

Tyler Ennis’ one-year contract carries a modest cap hit of $1,000,000. That should make him a candidate to be a value deal for the Oilers. Ennis will fill a wing spot in the top-nine forward group, and does have a good relationship with Connor McDavid.

Ennis had four points (2 g, 2 a) in nine games with the Oilers prior to the pandemic, and I thought he was fitting in nicely with the club. Like with Turris, this is a low-risk signing that has potential for the Oilers. Quite frankly, it’s a move I was hoping to see Holland execute.

AHL veteran Josh Currie packed his bags and signed with the Pittsburgh Penguins on Friday, but the Oilers replaced him with Quine and Griffith.

Quine played 38 games with the Stockton Heat (Calgary) of the AHL and scored 46 points (14 g, 32 a). He also appeared in nine NHL games with the Flames and collected a single goal.

Griffith, meanwhile, comes from the Winnipeg organization. He played in 58 games with the AHL’s Manitoba Moose, scoring 41 points (21 g, 20 a). Griffith has not played in the NHL since the 2017-18 season, when he appeared in 21 games with the Buffalo Sabres.

Both forwards will be expected to start the season in the AHL, and both will play key roles for the Condors. Both also will help prospects like Tyler Benson, Raphael Lavoie, Kirill Maksimov, Ostap Safin and Cooper Marody succeed. They give those young players bonafide AHL veterans to help them out.

Many questioned why Holland acquired three AHL veterans on Friday. I think it was a smart move, and I expect a veteran defenseman will get added for Bakersfield. There are a few reasons why these moves make sense.

First, it provides the Oilers with real organizational depth. Now, if an injury occurs in net, Forsberg can come up and provide spot duty for a week or two. Ditto up front with Quine and Griffith. Griffith brings speed and some skill, while Quine is tough to play against and has figured out how to provide offense at the AHL level. I think Quine brings more to the table than, say, Patrick Russell.

The AHL season is in flux right now, but a mid-January start date seems most likely at this time. The Oilers will need bodies in Bakersfield whenever the season begins.

And if it doesn’t? Well there is a real chance NHL rosters will expand and teams will need veterans who won’t have their development stunted by sitting around for weeks at a time.

Ken Holland is not done. In fact, I’d expect another move or three within the next few days. The Oilers will sign a goalie for the NHL team, likely one to tandem with Koskinen. Yes, Holland went in on Jacob Markstrom and Braden Holtby, but neither was interested in Edmonton. It may be a blessing in disguise.

The Oilers have touched base with the representation for both Corey Crawford and Thomas Greiss. Crawford is also drawing interest from the Colorado Avalanche, while the Devils seem keen on Greiss. There are also rumblings, although I have not heard them directly, that Greiss could return to the Islanders. If that happens, Semyon Varlamov will hit the trade block. Edmonton would likely have interest.

There were rumblings about interest in Petr Mrazek via trade as recently as ten days ago, but as of this writing that seems to be dead. Of course, things can change in a heartbeat.

On defense, the Oilers are hot after Tyson Barrie on a one-year ‘prove it’ deal. They are not alone. The Vancouver Canucks, Calgary Flames and Florida Panthers have also expressed interest in the veteran. Edmonton had some interest in Radko Gudas, but were not willing to match what the Panthers paid him on Friday.

Travis Hamonic is an interesting veteran option, but I wonder if he lands in Winnipeg with the Jets.

GM Ken Holland did say on Friday that he’d like to add a defenseman in the next little while.

Up front, Holland told reporters he’s done adding “free agents”. Never did he specify trades, however. The expectation is that the Oilers are still looking to add a middle-six left winger, someone like Boston’s Anders Bjork or Toronto’s Andreas Johnsson.

The Bruins are hot after Taylor Hall, and could be inclined to move a player like Bjork for a veteran bottom-six forward to replace Joakim Nordstrom. Again, I present to you Alex Chiasson.