Packers Receiving Corps Hoping to Get Healthier After Bye Week 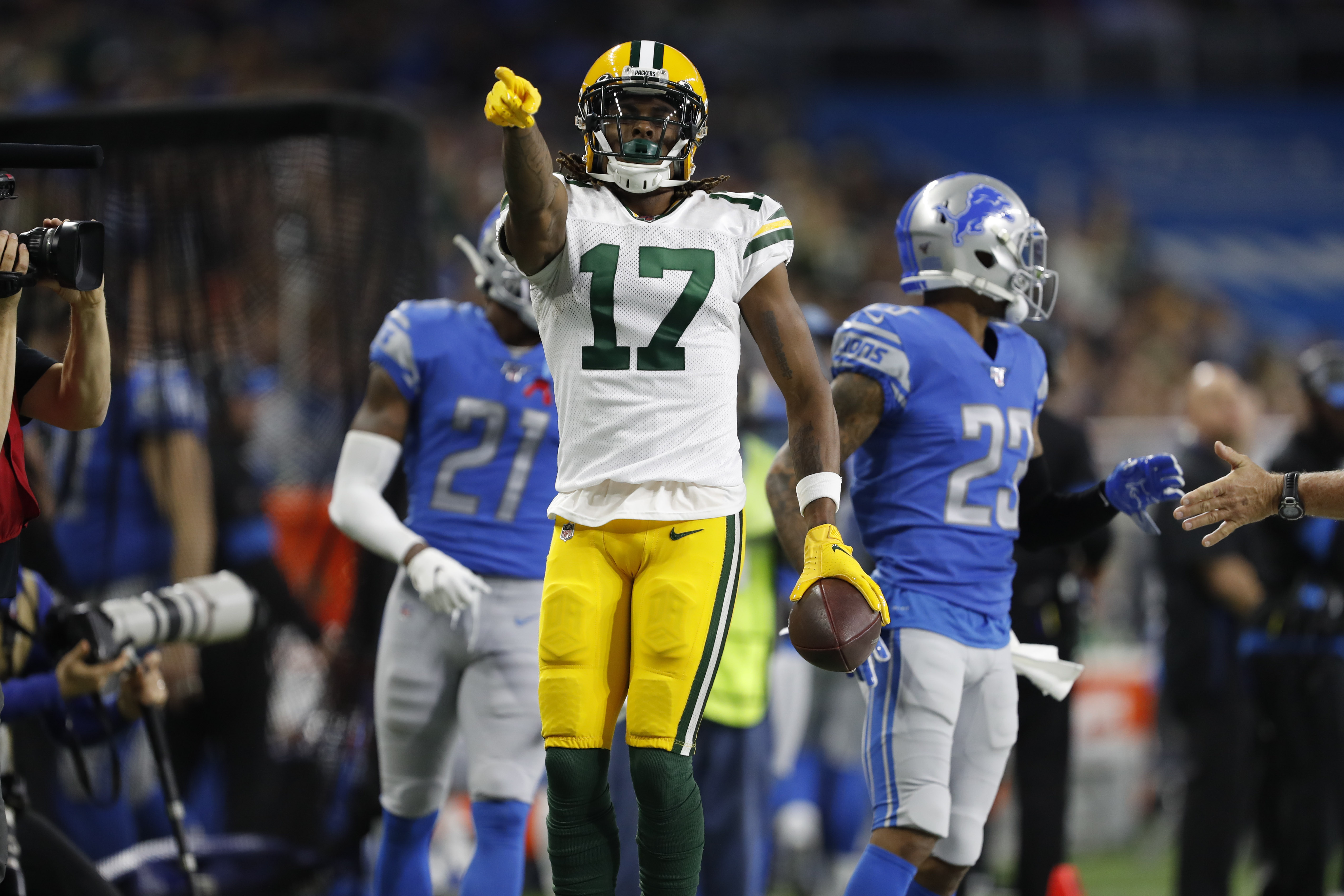 Packers Receiving Corps Hoping to Get Healthier After Bye Week

The Green Bay Packers receiving corps appears to be getting healthier heading into their big showdown against the Buccaneers in Tampa this Sunday.

In their last game before the bye against Atlanta, three of the Pack’s top four receivers were out of the lineup with Davante Adams still nursing a hamstring injury and Allen Lazard and Equanimeous St. Brown both on the injured reserve list with a core muscle injury and an ankle injury respectively.

But the good news on Monday was that both Adams and St. Brown returned to practice. The Packers also announced that they had designated both St. Brown and rookie inside linebacker Kamal Martin to return from the practice squad. That gives the team three weeks to place them back on the active roster.

The offense was able to get by without Adams, Lazard and St. Brown against a depleted and mediocre Falcons secondary but the Tampa Bay defense is substantially better than the 31st-ranked Atlanta defense. The Packers offense will have to be better than they were two weeks ago just to get the same results.

Adams is the Packers undisputed number one receiver. He was completely healthy in Week 1 and had a franchise-record tying 14 receptions against the Vikings for 156 yards and two touchdowns before tweaking his hamstring midway through the Week 2 win over the Lions. He has not played since then.

But the incredible chemistry between Adams and quarterback Aaron Rodgers is something that the Packers have missed and certainly would welcome back.

“The connection with Aaron and Davante, it’s very unique,” offensive coordinator Nathaniel Hackett told reporters after the win over Detroit. “It’s just fun to watch them in the meetings, how they interact, how they talk. You’re out on the field and you watch them, and Aaron just gives him a little wink and all of a sudden they know exactly what route they’re going to run, how they’re going to run it based off the leverage, and Aaron hits him. When those two guys get on, it’s a really cool thing to watch. I’m just up in the booth just excited to see what’s going to happen next.”

The chemistry between Rodgers and Adams took time to develop, but it is special. “We work at it. We communicate. We talk. We text, call, FaceTime,” Rodgers explained. “We’re always staying connected about plays, adjustments, route stems, body language, a number of things.”

Adams clearly sees the connection between quarterback and receiver. “Something will be in my head and maybe it’s not the time to talk in person, but I’ve got something I want to share. We do that all the time. He’s an open book and same with me, so that’s just kind of how we function.”

Adams wanted to play against the Falcons but the Packers took a conservative approach and held him out so he could have the bye week to completely heal. Barring any further setbacks, he should be back in the lineup this Sunday and that will give Rodgers one of his biggest weapons back.

It is not clear that St. Brown will be activated for this week’s game but getting him back would certainly give the Packers another weapon to utilize and give the team a useful height advantage over the Bucs defensive backs.

Like Lazard, St. Brown stands 6’5”. Because of their similar size, the Packers used Lazard in a role that was a lot like St. Browns’ the previous season. Getting EQ back isn’t quite the same as Lazard returning to the lineup, but it will allow the Packers to run many similar plays and concepts on offense.

St. Brown had a strong finish to his rookie season in 2018. He finished the year with 21 catches for 328 yards including his best performance in his final game, a five-catch, 94-yard effort against the New York Jets.

EQ was just starting to develop some chemistry with his quarterback and was starting to win Rodgers’ trust. The Packers will need that process to continue although it will almost certainly take time since St. Brown hasn’t played in an NFL regular season game since December 23, 2018.

Tight end Marcedes Lewis also returned to practice for the Packers. With rookie Josiah Deguara now out for the season, getting Lewis back will again give the Packers more options on offense. Lewis is by far the Packers best run-blocking tight end and is a reliable if unspectacular target in the passing game.

Having Adams, Lewis and possibly St. Brown back for Week 6 in Tampa will be a big boost for the Green Bay offense. It will give Rodgers more options to throw to and more formations and plays that the team can run to momentarily confuse the Bucs defense on Sunday afternoon.

The Packers will need to put up plenty of points to match Tom Brady and the Bucs offense which is 12th in the league in passing yards per game and certainly capable of putting up a lot of points.

Getting Adams back should be the biggest addition to the Packers offense and keep things moving at the amazing pace they started the season at.