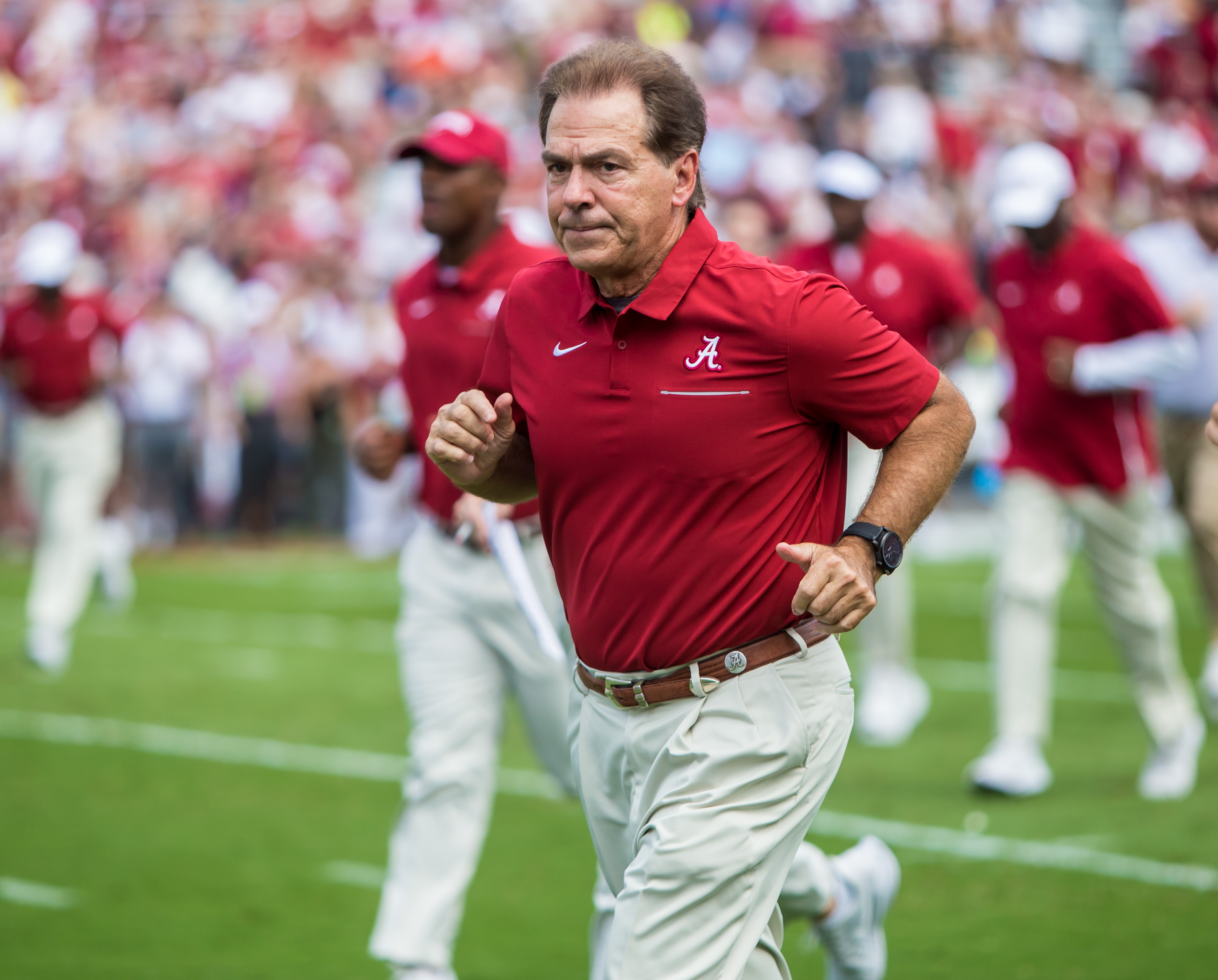 Nick Saban, the famous head coach of the University of Alabama Crimson Tide football coach, had tested positive for coronavirus, according to Teresa M. Walker of the Associated Press on Wednesday. Saban, who lives in a gigantic mansion in Tuscaloosa, GA, reportedly is not showing any symptoms at this time.

One must realize that even though the Crimson Tide players may not have coronavirus, they have been around Saban, and should be self isolating for 14 days. There are currently 169, 162 cases of coronavirus in the state of Alabama, and 2756 deaths.

Meanwhile, the SEC is having to postpone two football games within their conference because of positive cases. The game between the University of Florida Gators and the Louisiana State University Tigers was to take place on Wednesday, but has been moved to December 12, due to the fact that there are 21 positive cases among the Gators.

While college football is being played in the United States despite the worst pandemic in a century, university football has been cancelled for the season in Canada. The Canadian University sports system need to be praised for taking the disease extremely seriously.