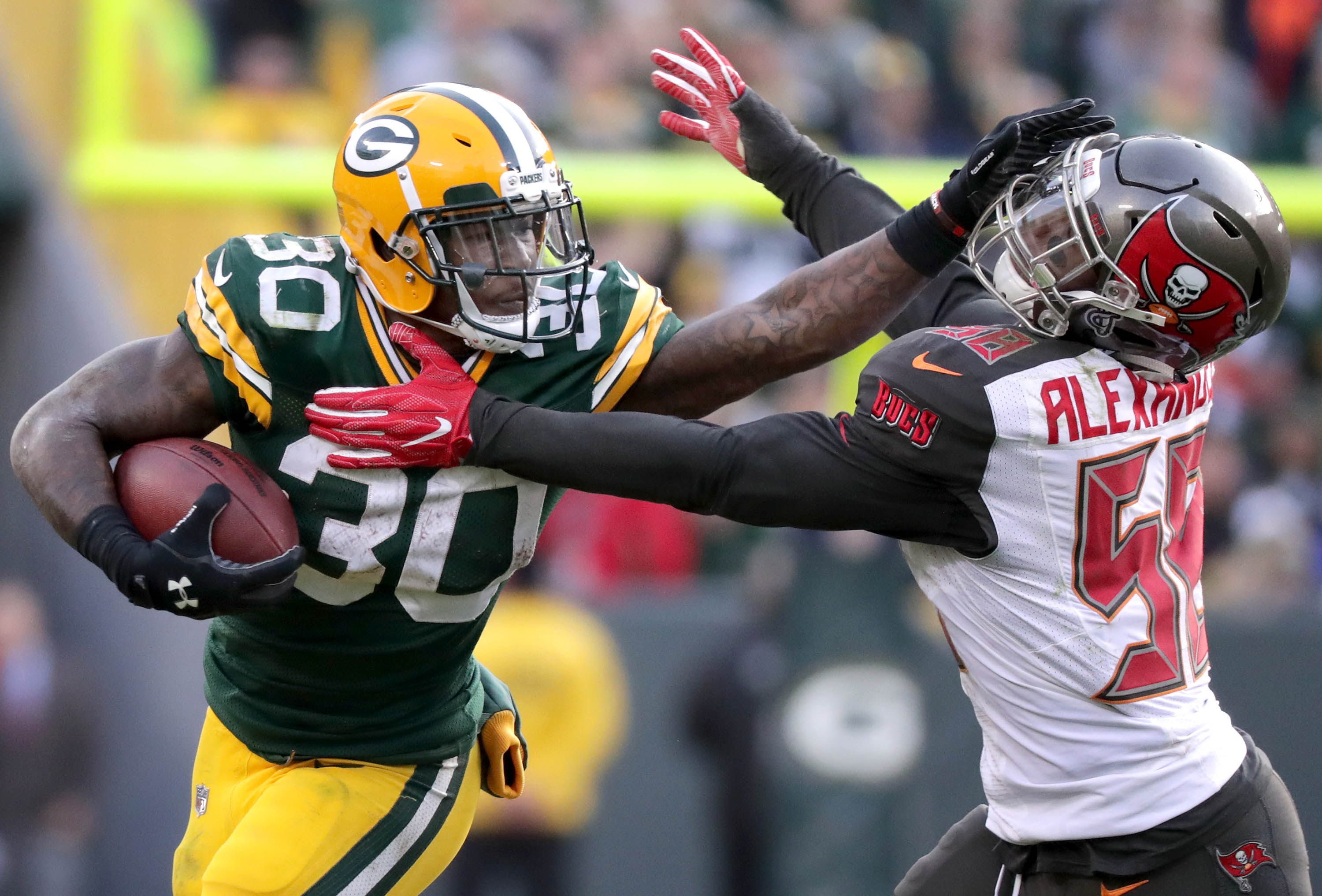 The Green Bay Packers head down to Florida to face the Tampa Bay Buccaneers in another battle between top NFC contenders. The Packers enter the game with a 4-0 record and are coming off their bye week after beating the Falcons 30-16 two weeks ago. The Bucs are 3-2 and fell to the Chicago Bears a week ago Thursday, 20-19 in Chicago.

Green Bay leads the all-time series between these two teams 32-21-1. The Packers also won the only playoff meeting between the two teams after the 1997 season. The two teams last met in 2017 at Lambeau Field with Green Bay emerging with a 26-20 overtime win.

Here is a look at six key factors that will determine who wins in Tampa on Sunday:

1. Run the Football Enough to Keep the Bucs Defense Honest

The Bucs have one of the best run defenses in the NFL thus far, allowing opponents only 58.4 yards per game on the ground. That is good for second in the league.

The Bucs did lose one of their top defensive linemen, Vita Vea, for the season which may help make it a little easier for Green Bay to run the football. Packers left guard Elgton Jenkins should have an edge on Vea’s replacement, William Gholston, especially on running plays.

The Packers don’t need to gain 150 yards as a team to win this game, but because their playbook is based on play action passes and deception by running different plays from identical formations, the Pack cannot abandon the running game even if they aren’t gaining large chunks of yards on a regular basis.

Whether it’s the speed or Aaron Jones, the inside running of Jamaal Williams or the size of A.J. Dillon, the Packers need to find a formula that works well enough to keep the Tampa Bay defense honest and guessing.

Brady was never a very mobile quarterback, even in his prime. Now at age 43, he is vulnerable to a strong pass rush and when harried, he will often make poor throws and can get taken off his game as the Bears did last week.

The Packers should have their best defensive lineman, Kenny Clark, back on Sunday for the first time since Week 1. Clark should help boost the Packers pass rush from the inside.

Rashan Gary’s status for Sunday is still up in the air and he was a limited participant in practice so far this week because of an ankle injury.

Za’Darius Smith is still the Packers best pass rusher with Clark, Gary and Kingsley Keke all contributing as well. Preston Smith needs to return to form although he has been dropping back into coverage more this season than he did a year ago.

Thus far, Brady was been sacked eight times in five games. The Packers need to pressure Brady more than they need to sack him. If they can get in his face regularly, the Packers should be able to take the future Hall of Famer off his game and prevent the Bucs from throwing the ball deep downfield which is a big part of their game plan.

3. Get Davante Adams Back into the Flow of the Offense

Davante Adams is expected back in the lineup for the first time since Week 2. Adams is by far the Packers top receiving weapon and he remains one of the game’s best wide receivers when healthy.

The timing is good as the Tampa Bay secondary is inexperienced and banged up heading into this game. CB Carlton Davis was a limited participant in practice by midweek.

Even if Adams is back and at full strength, the Packers cannot rely exclusively on their WR1 in this game. Look for Robert Tonyan, Aaron Jones and Jamaal Williams to each play a big role in the Green Bay passing attack this week. Marquez Valdes-Scantling may be able to make a big play or two by using his deep speed. The Packers may also get Equanimeous St. Brown back if the team decides to activate him from the IR before Sunday’s game.

Aaron Rodgers has been playing at an MVP level so far this season and getting Adams back will only give him more ways to beat an opposing defense.

The Bucs have a talented receiving corps even without tight end O.J. Howard who is now on the injured reserve. Rob Gronkowski, one of Brady’s favorite targets in New England, is back this year but seems to have lost a step after sitting out last season. The Packers are hoping he doesn’t have a strong game on Sunday as he plays himself back into shape.

Mike Evans is Tampa Bay’s best receiver and has 22 catches and six touchdown catches through five games. Evans is expected to play although he is nursing an ankle injury. His 6’5” height gives him an advantage over smaller DBs.

The Packers got some good news on Friday when CB Kevin King returned to practice. King is trying to return from a quad injury and is listed as questionable for the game Sunday. Because of his height and long arms, King would likely be the best choice to line up against Evans if he’s ready to go.

Both Chris Godwin (hamstring) and Scotty Miller (hip/groin) are expected to play despite the injuries they are dealing with. Godwin is a big weapon for the Tampa Bay offense.

Jaire Alexander has been one of the league’s best cover corners so far this season and the Packers hope he can help slow down Godwin and/or Evans if they match up on some snaps on Sunday.

Chandon Sullivan is also expected back after suffering a concussion against the Falcons two weeks ago.

The Packers must prevent the Bucs from making long passes downfield if they hope to control the Tampa passing attack.

The Packers offensive line is off to a strong start this season with LT David Bakhtiari and center Corey Linsley grading out at a Pro Bowl level through four games.

Rodgers has received excellent protection thus far this season. He’s rarely been hurried and has been sacked only three times in four games.

The Bucs have the strongest pass rush the Packers have faced to date. They like to mix things up on defense as seven different players already have two or more sacks for Tampa Bay through five games.

Tampa Bay isn’t afraid to blitz and defensive backs Jordan Whitehead and Antoine Winfield both have a pair of sacks each already this season.

The Packers offensive line will need to give Rodgers time to throw the football for him to be effective. Expect the Pack to run some shorter patterns early and to use play action to attempt to slow down the pass rush.

Both Jason Pierre-Paul and Ndamukong Suh missed practice Friday and their status for Sunday is still uncertain.

Return specialist Tyler Ervin will miss Sunday’s game with a wrist injury. The Packers need their return game to be at least functional on Sunday and not to be a liability. Josh Jackson, Chandon Sullivan and Darrius Shepherd are the main candidates to return kicks and punts but none of them come close to Ervin.

Punter J.K. Scott has kicked only seven times through four games, the least in the league. The Packers will need him to do his job when called upon to help win the field position battle.

This will be a tough road game for the Pack and the first time they have any fans at one of their games this season as Tampa Bay will have limited capacity on Sunday.

While Rodgers vs Brady is getting all the attention, the Packers defense will decide this game. They need to come up with a turnover or two and pressure Brady. If they do that, the Packers offense should be able to score enough points to win this game.

It won’t be easy, but the Packers should find a way.