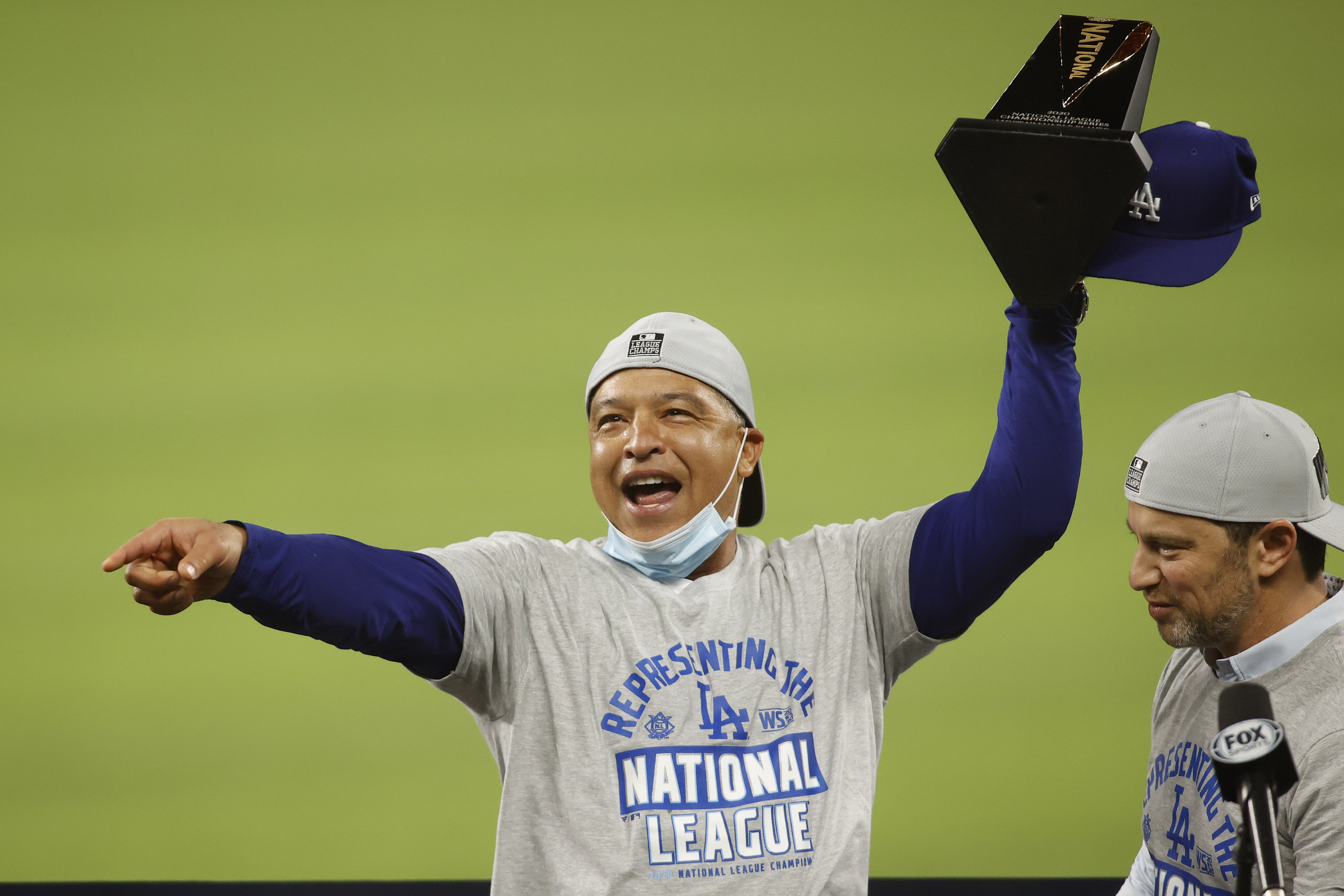 The Dodgers were feeling themselves after their thrilling 4-3 comeback win in Game 7 of the National League Championship Series, and their manager said something he probably shouldn’t have.

Dave Roberts saw his team fight back to win three consecutive games after finding themselves in a 3-1 hole to advance to the World Series, and they’ll face the analytics-driven Rays in Game 1 on Tuesday night.

The party was on after the win, and everyone was in good spirits. Roberts, in fact, even went on to say the following during a live TV interview, after the team received its trophy.

“This year is our year,” Roberts said of the World Series, essentially guaranteeing a win.

Gotta think the Rays will take note of that, and use it as motivation heading into the big series.