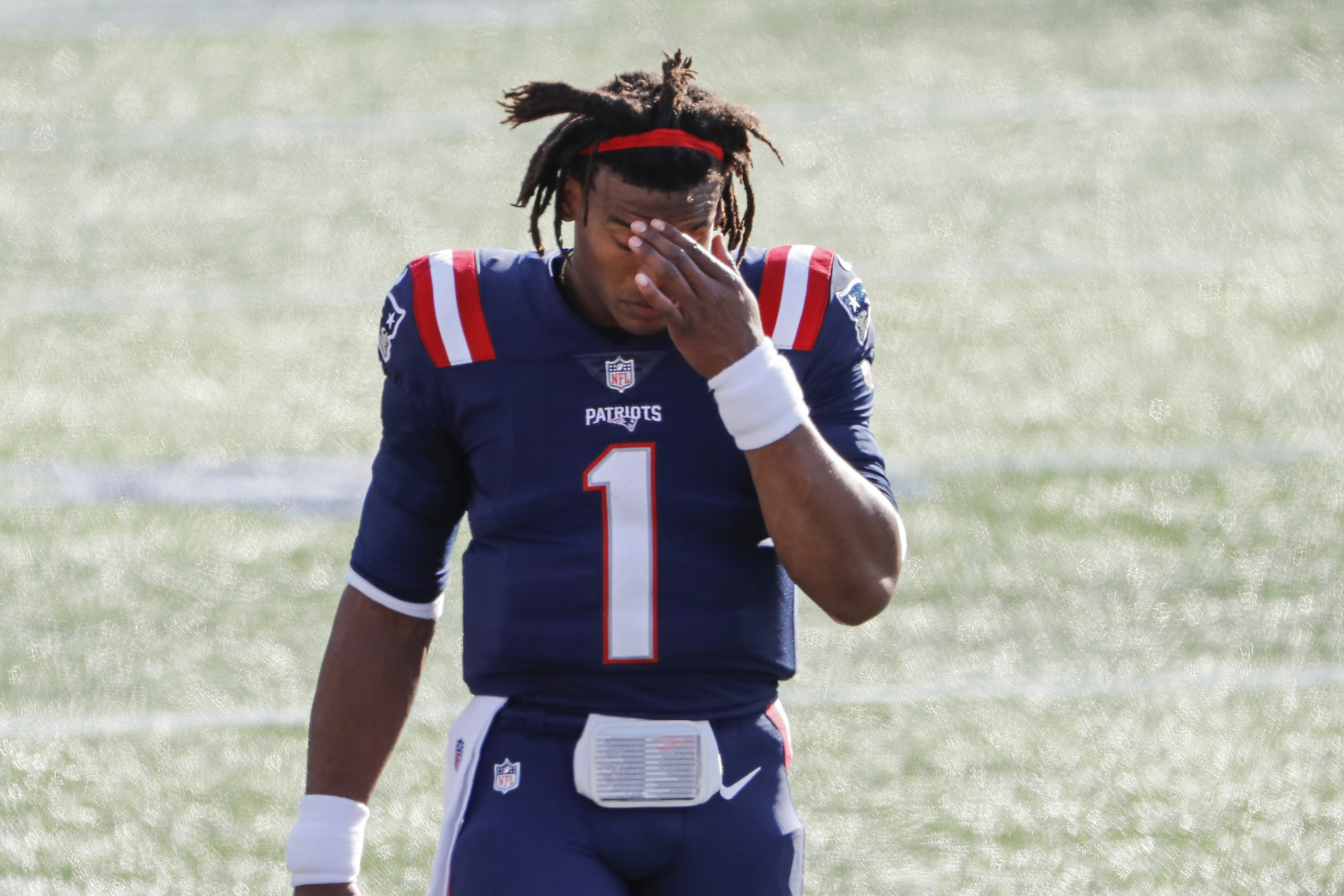 The Patriots had one of their worst performances in years on Sunday, laying an egg at home against the Broncos in a 18-12 loss.

New England actually trailed 18-3 at one point, despite the Broncos trotting out Drew Lock under center, in his first game back since suffering a shoulder injury to his throwing arm. Luckily for the Patriots, Lock tried to throw the game away in the fourth quarter, but a late drive ended with a Cam Newton interception — his second of the day — and the Patriots dropped to 2-3.

The Patriots now find themselves in unfamiliar territory, as they’re used to sitting atop the AFC East standings, but now reside in third place. There are so many issues to fix as well, and it starts with the receiving corps, followed by a patchwork offensive line. And on the other side of the ball, not generating a pass rush isn’t helping matters, either.

But the team’s quarterback refuses to throw his new mates under the bus. Newton was asked about the team’s issues during an appearance on WEEI Radio on Monday, and he had this to say.

Newton says all the right things. Today on WEEI
"I don't point fingers. I point thumbs"

"The sky may be falling the next couple of days. I'll bring my raincoat & my umbrella to get the job done"

"We have no room to look through a telescope.Our focus should be with a microscope"

Everyone — players, coaches, and maybe even Pat the Patriot — is to blame for their poor start.