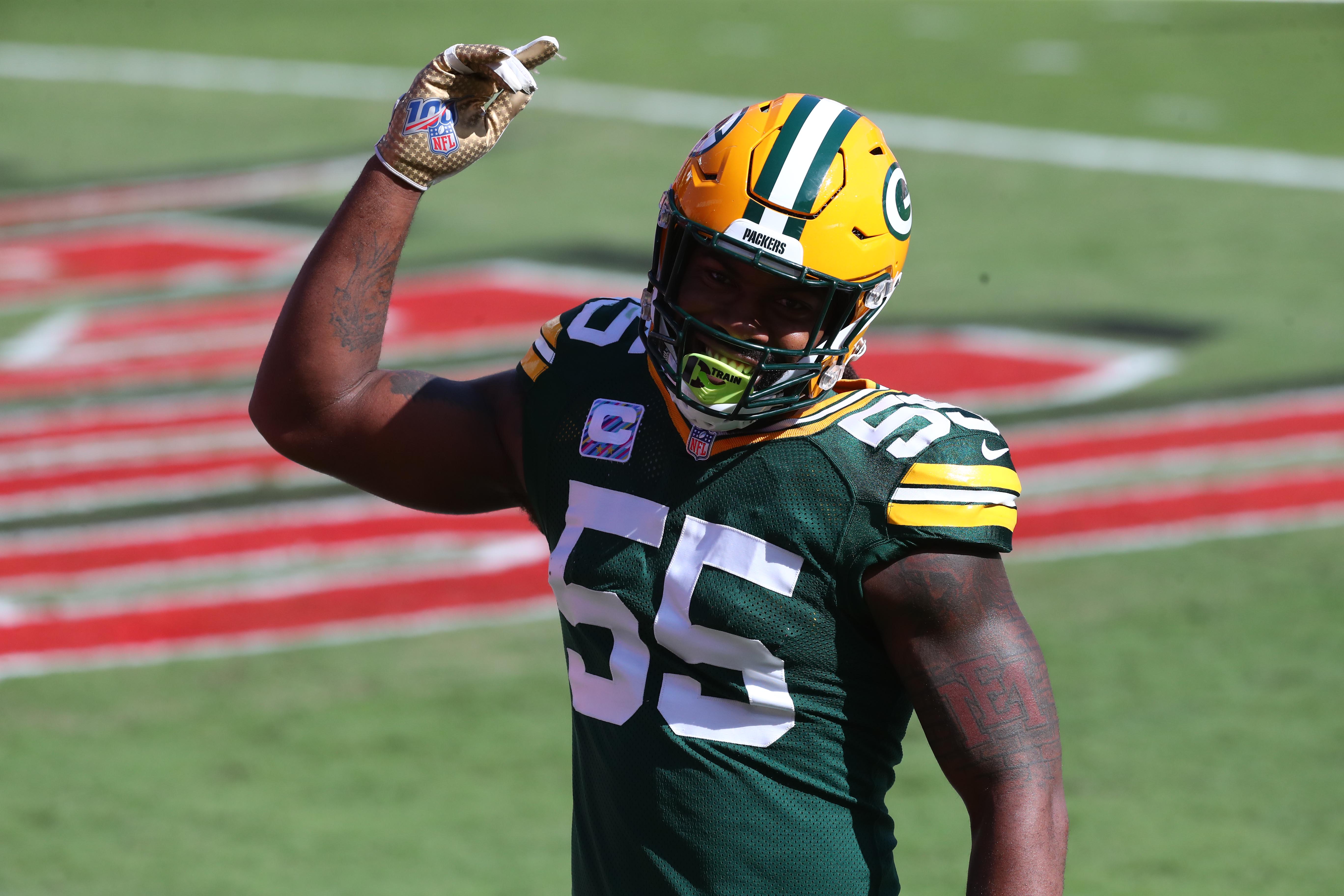 There were many reasons the Green Bay Packers lost to the Tampa Bay Buccaneers on Sunday in Tampa. There was Aaron Rodgers’ two interceptions, the failure of the offensive line to give Rodgers enough protection and their inability to open holes for the running game. But one big problem was the Packers failure to get any kind of pressure on Tom Brady. The 43-year-old quarterback was barely under any duress at all during the game. In fact, he was hit only four times in 27 drop backs and one of those resulted in a penalty by Rashan Gary who poked Brady in the face.

The pass rush was a big reason for the Packers success in 2019. Green Bay finished the season with 41 sacks. More importantly, even when the defense didn’t sack the quarterback, they were consistently getting pressure on the opposing signal caller and getting them off their games.

This season, however, the pass rush has been less consistent. The Packers have recorded only 12 sacks total through five games which puts them on pace for about 38 sacks for the season, slightly below last year’s pace.

But more importantly, the pressure isn’t there as frequently. Last season, Green Bay was one of the top teams in the league at pressuring opposing quarterbacks. This season, when the Packers aren’t getting sacks, they aren’t getting as many pressures and quarterback hits.

The Tampa Bay game was the most obvious example. Tom Brady dropped back to throw 27 times. The Packers never sacked him and got only four hits on him all game. In addition, on one of those hits, Rashan Gary was called for a penalty when he poked the Bucs quarterback in the face.

The problem has been the same across the board as most of the Packers starters are off last year’s pace. Obviously, losing Kenny Clark for three full games doesn’t help as Clark is the only player who can provide consistent inside pressure from the defensive line.

Za’Darius Smith is still getting his sacks with five through five games, but he has only two quarterback knockdowns so far this season, well off his pace of 22 from a year ago. His pressures are way down also, with 10 through five games. Last season, he finished with 50 according to Pro-Football-Reference.com.

The Smiths and Clark were the Packers best three pass rushers a year ago and all of them are well behind last year’s pace when it comes to pressuring the quarterback.

Slight gains were made because Kingsley Keke provided two sacks from the defensive line and Rashan Gary has 1.5 sacks in four contests. The problem for these two young players has been consistency. Keke’s sacks both came in one game and he has not been much of a factor rushing the passer in the other four contests. Gary’s sacks both came in the first two games. While he has missed the Falcons game due to an injury, he has not been as consistent at getting to the quarterback as the Packers would like.

Yes, some of those numbers were padded because the Packers were playing a prevent defense while holding a large lead. But overall, Mike Pettine’s defense is most effective when opposing quarterbacks are dealing with a persistent pass rush that gets them off their game. The Pack didn’t even come close to doing that against an immobile quarterback like Brady last week. In fact, they rarely sent more than three pass rushers against Brady until the game was nearly out of reach in the second half.

Next up is a bigger challenge in Deshaun Watson of Houston. The former Clemson star is very elusive in the pocket and can escape the rush and gain large amounts of yardage when he is pressured. The Packers defense will have to find a way to contain Watson and get him off his game on Sunday, something they failed to do against the Bucs.

The season is still not even half over and the pass rush may very well bounce back especially with Clark’s return to the lineup. But right now, a lack of consistent pass rush has hurt the Green Bay defense and it’s something the team needs to fix if they hope to resume their winning ways this season.