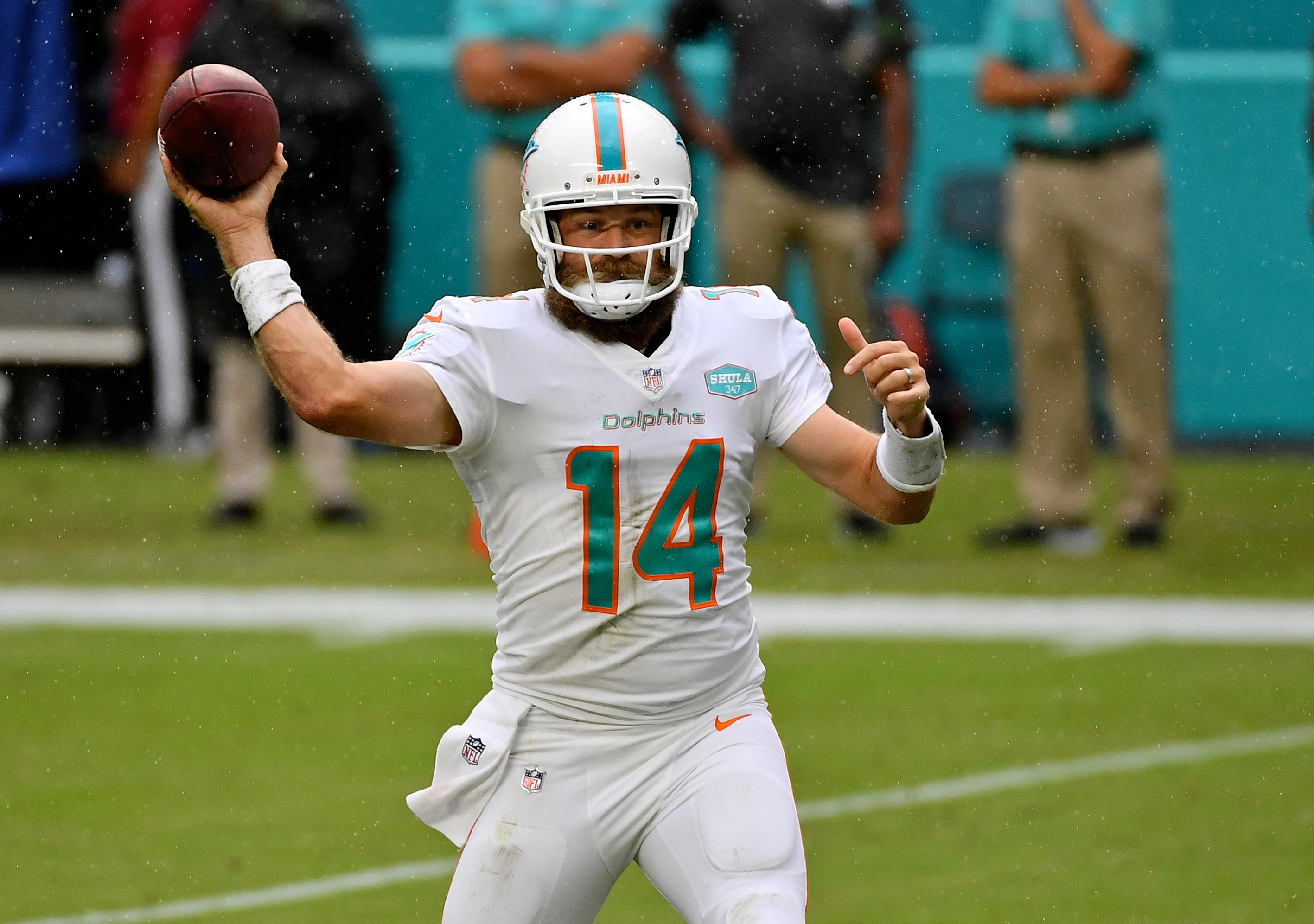 Dolphins quarterback Ryan Fitzpatrick found himself in rare territory on Sunday, and now he’s sharing his thoughts about how it all went down.

Fitzpatrick completed 18 of 27 passes he attempted, for 191 yards, with three touchdowns, in Sunday’s game against the Jets. He helped his team jump out to a 24-0 lead late in the fourth quarter.

And yet, he was benched.

Rookie quarterback Tua Tagovailoa was inserted into the game with just under three minutes remaining, and he completed both passes he attempted. He’s now been named the starter going forward, and Fitz was forced to react to the difficult news, knowing his time as a starting quarterback in the NFL may be up.

“I was shocked by it,” he said, via ESPN.com. “It definitely caught me off guard. It was a hard thing for me to hear yesterday, just kind of digesting the news. My heart just hurt all day. It was heartbreaking for me,” Fitzpatrick said Wednesday. “Flo kind of said what he said and said what he said to you guys as well, and that’s the decision and the direction that the organization is going in.”

“There was a lot of stuff going through my mind yesterday just from a personal standpoint, not necessarily with the team,” he said, via the Miami Herald. “Is this it? Like, was that my last game as an NFL player in terms of being the starter and going out there and playing? And you just kind of go through all those different scenarios. I’ve been a starter, I’ve been benched all kinds of different ways, but this one just really more so than any of them. This organization and what we’ve been through the last year and a half, this was kind of the first place other than Buffalo where I just felt fully committed and invested and felt like it was my team.”

It’s Tua Time, and Fitz will just have to accept that going forward.