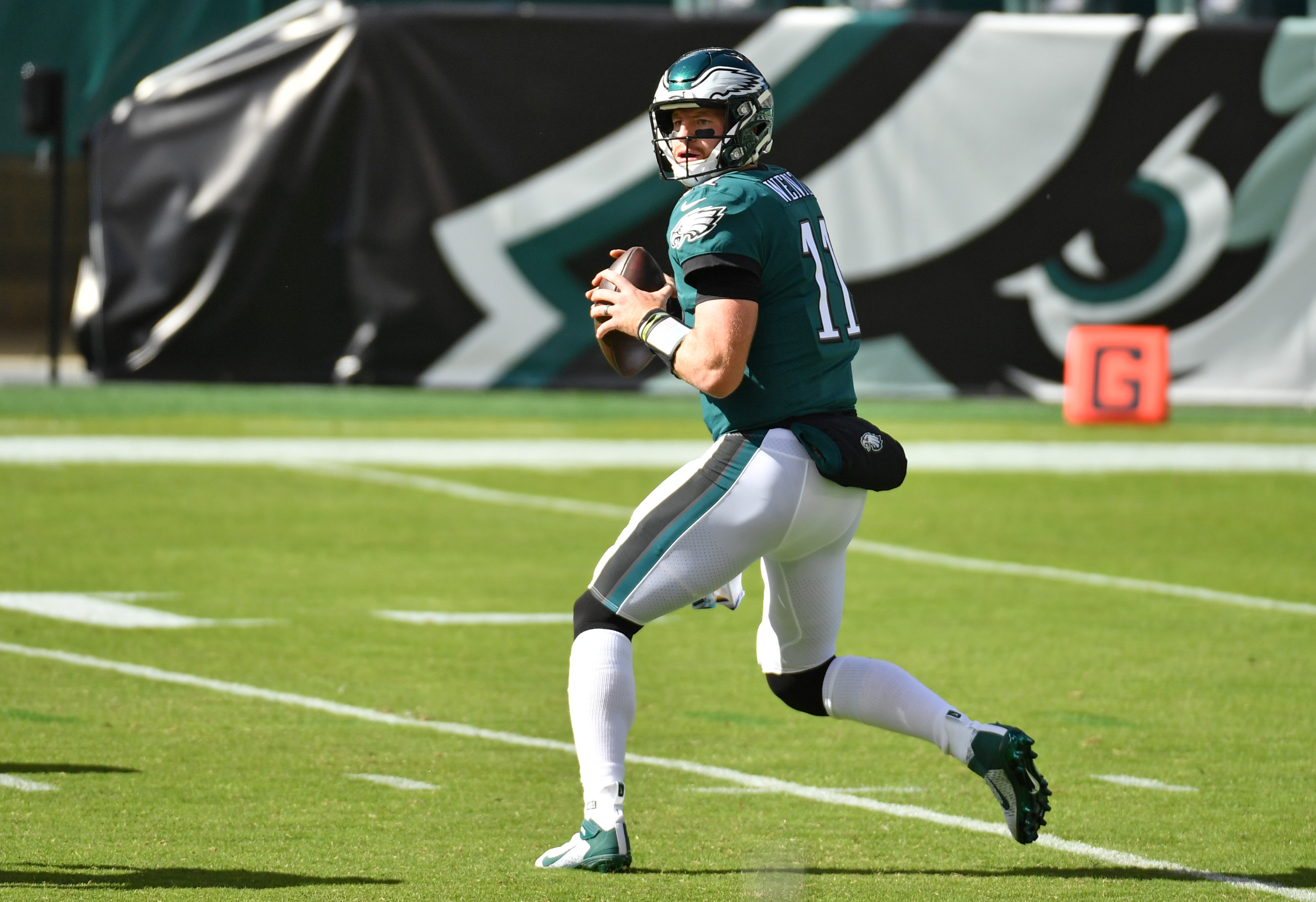 The Philadelphia Eagles and New York Giants will face off in an NFC East Showdown on Thursday night (FOX, 8:20 p.m. ET) at Lincoln Financial Field.

The Eagles are coming off of their second-straight defeat, losing 30-28, to the Baltimore Ravens last Sunday.

Starting quarterback Carson Wentz played solid in the game, most notably in the second half. He also completed 52.5 percent of his passes for 213 yards and two touchdowns.

The Eagles had an opportunity to tie the game late in the fourth quarter, but could not convert a two-point conversion.

However, on a positive note, the Eagles will be getting a few notable players back. Veteran wide receiver DeSean Jackson will make his long-awaited return along with offensive tackle Lane Johnson.

Furthermore, offensive lineman Matt Pryor was activated off of the reserve/Covid 19 list on Wednesday.

As for the Eagles’ defense, rookie safety K’Von Wallace (shoulder) and defensive lineman Malik Jackson (quad) will both miss Thursday night’s game. But cornerback Avonte Maddox will be active after missing the last few games with an ankle injury.

In regards to the Giants, they are coming off of their first win of the season against another NFC East opponent — the Washington Football Team. New York comes into Philadelphia with one of the lowest-scoring offenses (16.8 PPG) in the NFL.

This season, second-year quarterback Daniel Jones has put up some decent numbers, throwing for 1223 yards, three touchdowns, and six interceptions.

Meanwhile, the Giants’ offensive line has been sub-par, allowing the second-most pressures in the NFL (99) through the first five weeks, according to PFF.

Therefore, look for the battle in the trenches between the Eagles’ defensive line, who is fourth in the league in sacks, and New York’s offensive line to be a key factor on Thursday.

The Giants also have some notable injuries as they are without star running back Saquon Barkley.

The former Penn State standout tore his ACL in Week 2 against the Chicago Bears and was placed on injured reserve. Without Barkley’s services, New York is leaning on Devonta Freeman to carry their running game.

However, it appears as if the Giants will have second-year wide receiver Darius Slayton for this pivotal Week 7 contest.

Slayton was listed as questionable earlier this week with a foot injury but is expected to be ready for game time. This season, the 6-foot-1 wideout has 25 receptions for 406 yards and three touchdowns.

For better or worse, the NFC East is wide open, and this particular matchup will go a long way in determining who wins it.