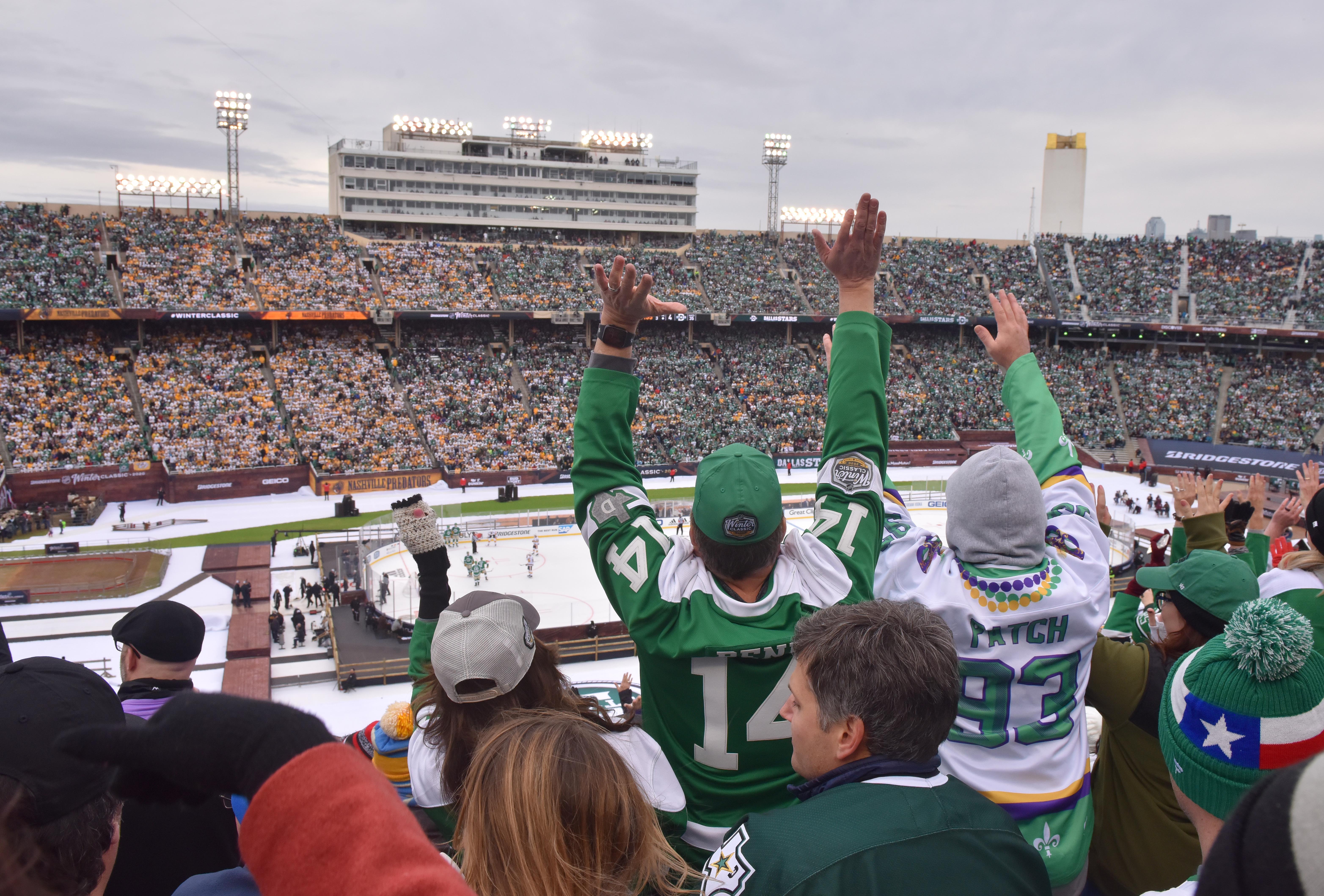 Back in 2015, when the NHL announced the Minnesota Wild was going to host an outdoor game as part of its Stadium Series held at the University of Minnesota’s TCF Bank Stadium I was a bit indignant.  Like many fans across the ‘State of Hockey’ I was annoyed the league apparently felt the club wasn’t worthy of hosting the bigger, more hyped Winter Classic event.  I told people around me I had little or no interest to go see this ‘outdoor spectacle’ but a few months later my mind changed and I thought it truly might be as close as the organization might get so I sprung for tickets.  Not just for the main NHL game either, but for both the game between the Wild and the Blackhawks as well as the NHL alumni game between the Minnesota Wild / Minnesota North Stars alumni against Chicago’s alumni.

I have to admit, my wife and I (as well as some family members that attended with us) had a blast.  Even though it was cold and we sat up at the top of the nosebleeds we had a great time watching both the Wild / North Stars alumni and the Wild defeat Chicago.  Obviously, 2020 is the year where everything is different and with the pandemic the plan to be the host for the 2021 Winter Classic at Minneapolis’ Target Field just wasn’t going to happen.  The NHL and the Minnesota Wild stayed quiet throughout the summer as they were predictably more focused on making sure the NHL Playoffs and Stanley Cup Finals took place without a hitch.  Yet the news was inevitable, and on Thursday it became official as the NHL chose to postpone the 2021 Winter Classic and Minnesota’s entry into coveted spectacle was pushed to 2022 (and maybe even later providing where we are at with the pandemic at that point).  The league also suspended the 2021 NHL All Star Game that was supposed to be hosted by the Florida Panthers too.

Or maybe Minnesota Wild fans should be thankful for that taking place.  Seriously, hear me out.  The fact the league decided to postpone the Winter Classic in 2021 may not really be that bad of a thing at all.

I am not saying at all that I’m thankful for Covid-19 at all.  It has been horrible, and for those who have had it, or suffered permanent effects from it or worse yet died from it the pain and sorrow for them and their families cannot be measured.  I feel lucky (knock on wood) that hasn’t happened to me or any member of my family yet but the odds seem to indicate most of us will get it or at least a member of our family will contract it, eventually.

Yet in regards to this event, to have the Winter Classic postponed for one more year its really just a minor inconvenience.  Or is it something more than that?  Dare I say, maybe it is even fortuitous.  While the scenario that caused its postponement certainly is not there are some reasons for Wild fans that might make the extra wait that much sweeter when it finally arrives. 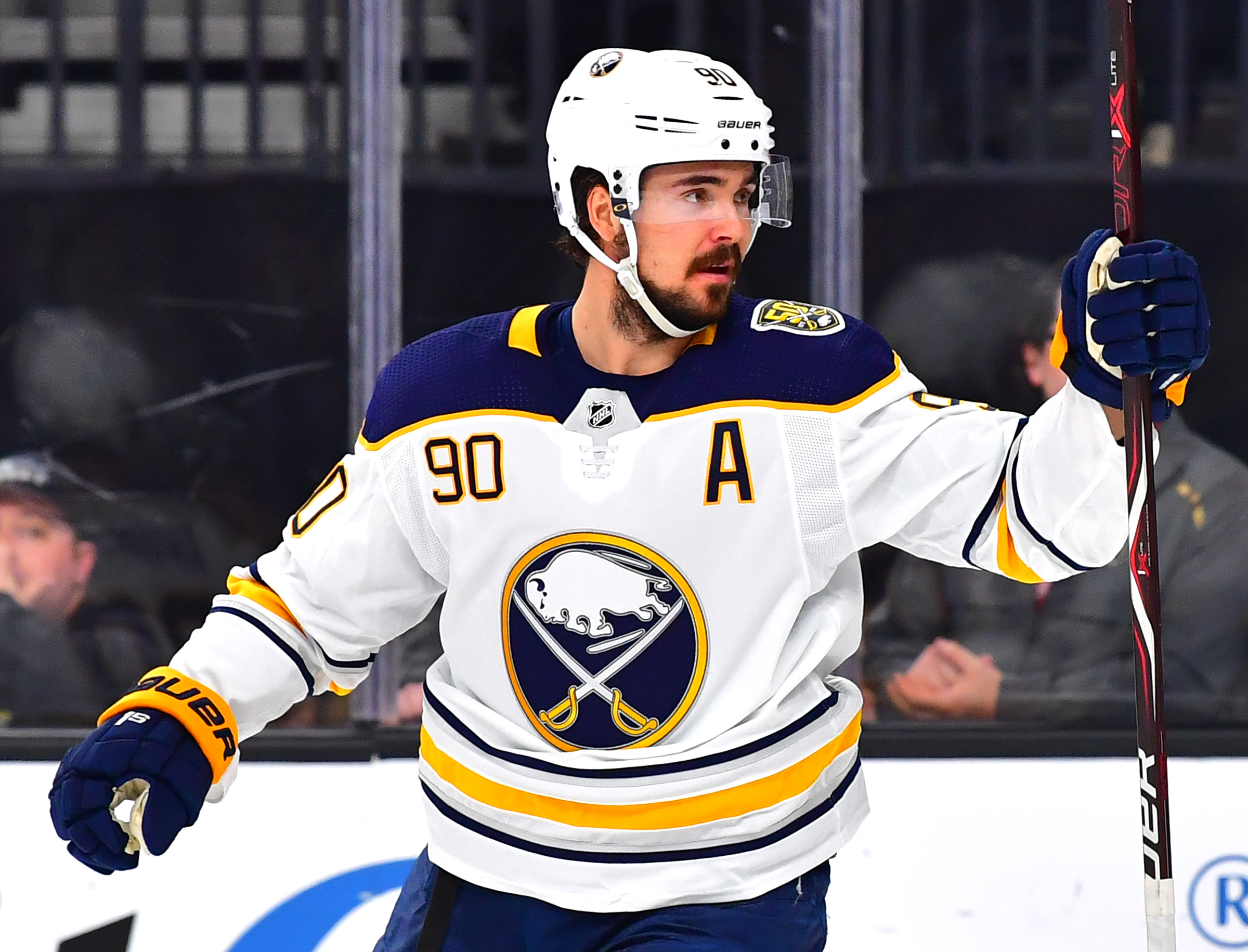 1.  The 2021-22 edition of the Minnesota Wild will likely be vastly improved from the 2020-21 version.  With 8 forwards and 2 defenseman set to either be unrestricted free agents or restricted free agents next summer, needless to say there will be a massive opportunity to upgrade the team.  If newcomers like Nick Bjugstad, Nick Bonino and Marcus Johansson don’t work out they can easily be moved or allowed to leave and replaced with players that might better fit with what Wild Head Coach Dean Evason and Wild General Manager Bill Guerin‘s vision for this club.  Or if they seem like they fit well they can easily be retained.  Some like the Athletic‘s Michael Russo has speculated that the Wild may aggressively pursue Florida’s Aleksander Barkov who would no doubt be the team’s top line center.  This is especially intriguing as rumors swirled that the team has wanted to reduce its costs and Barkov has aired some displeasure over the direction of the organization. 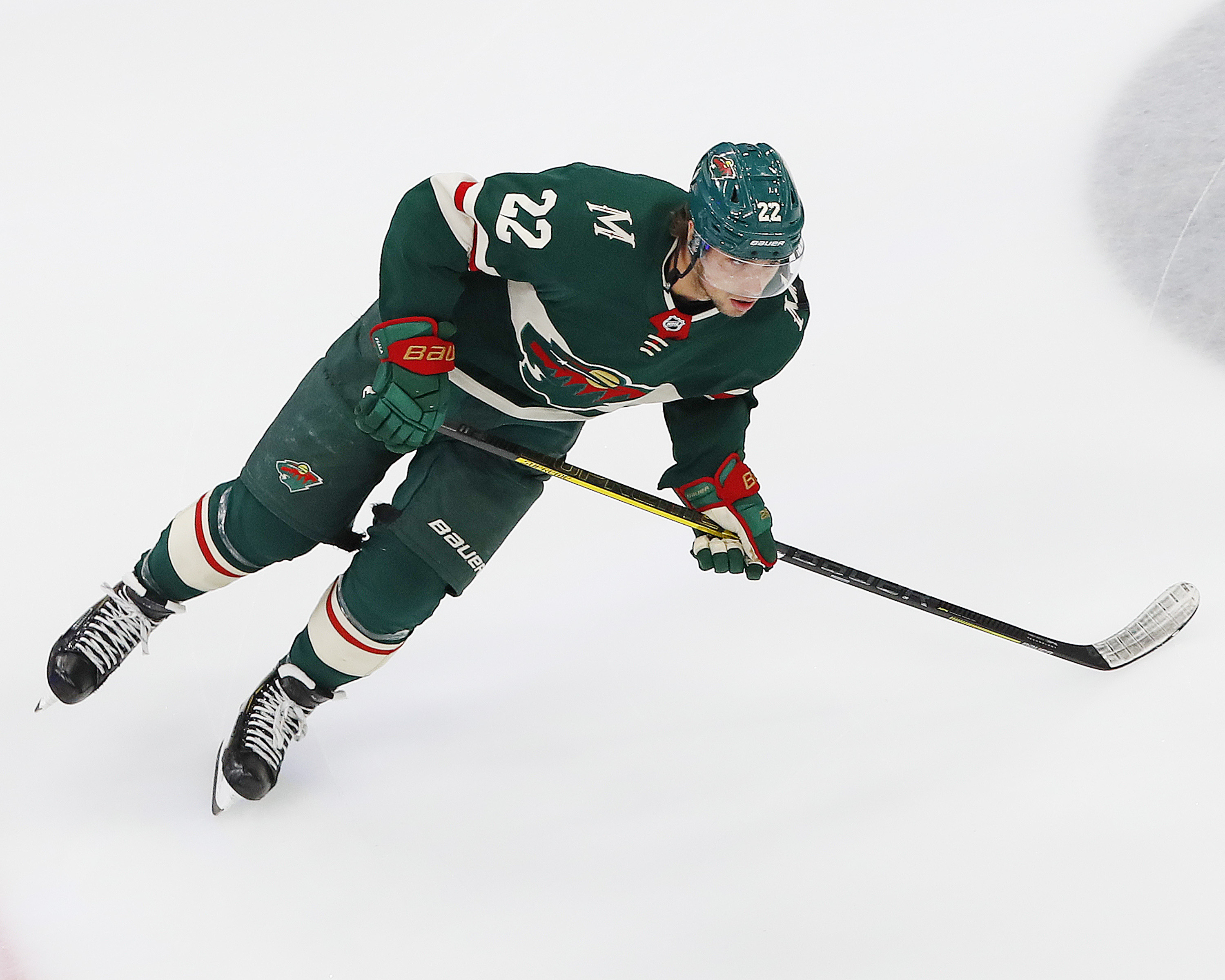 2.  Young Wild players Kirill Kaprizov, Kevin Fiala and Marco Rossi will have a season to develop some chemistry with one another.  Let’s face it, Wild fans have been waiting almost 5 years for Kaprizov’s arrival and I think the winger will probably look a lot more comfortable in year 2 than he will year 1 where he’s still trying to adjust to a new culture and living outside of Russia.  Kevin Fiala, will be 25 years old in 2022 and if his development continues to build from where it started in 2019-20 as he emerged to be the Wild’s closest thing to a go-scoring threat he should be in the prime of his career with hopefully a vastly upgraded supporting cast around him.

I think the team will also part ways with Brad Hunt and Greg Pateryn after the season (both are set to be UFA’s) so the team will likely have another exciting offensive defenseman in its backend in Calen Addison providing his development goes smoothly in Iowa this year.  Rossi will have had a chance to spend a season playing in the pro’s either in the NHL or in the Swiss National League with the ZSC Lions after signing his 3-year NHL entry-level contract this week.  If these players are indeed the future of the Wild, they will probably better resemble that future after having a season to work together.

3. The chance for more fans at the game is better for 2022 than 2021.  I realize this is low-hanging fruit on a Covid-19 related topic like this, but if a vaccine is really what we’re waiting for there is a better chance it will be available by 2022 then by the start of 2021.  And let’s face it, the Minnesota Wild hosting a Winter Classic is pointless unless the fans are there to enjoy it.  So we can only hope not just for the game but for all of society that one becomes available and it would be a bonus to have this event be able to happen more or less as it was intended to be.  And considering the fact the fans that will be allowed to attend will hopefully see a higher quality Wild team than if they had it go on as scheduled.

What are your thoughts on the news of 2021’s NHL Winter Classic postponement?  Let us know on Twitter @CreaseAndAssist or in the comment section below! 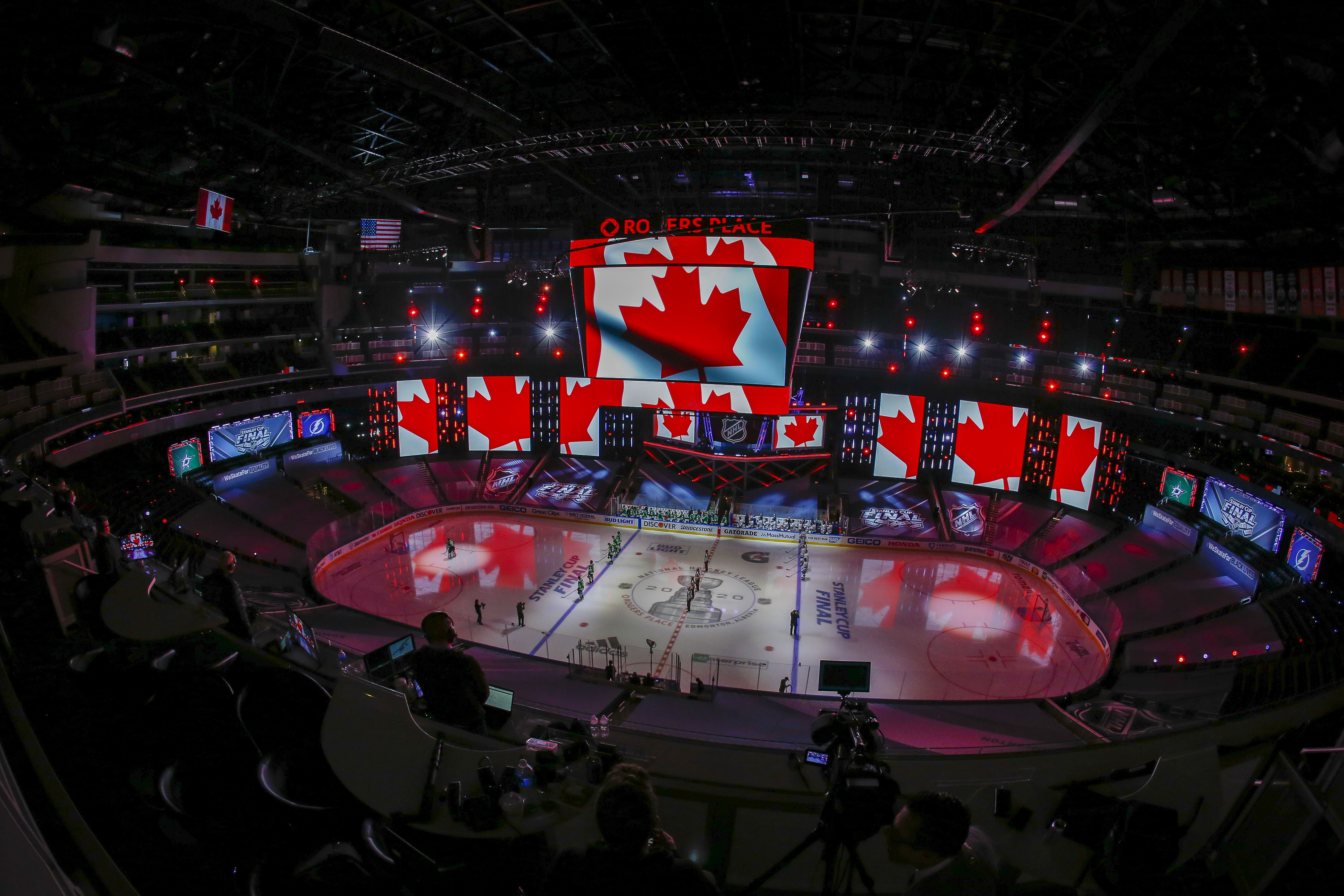 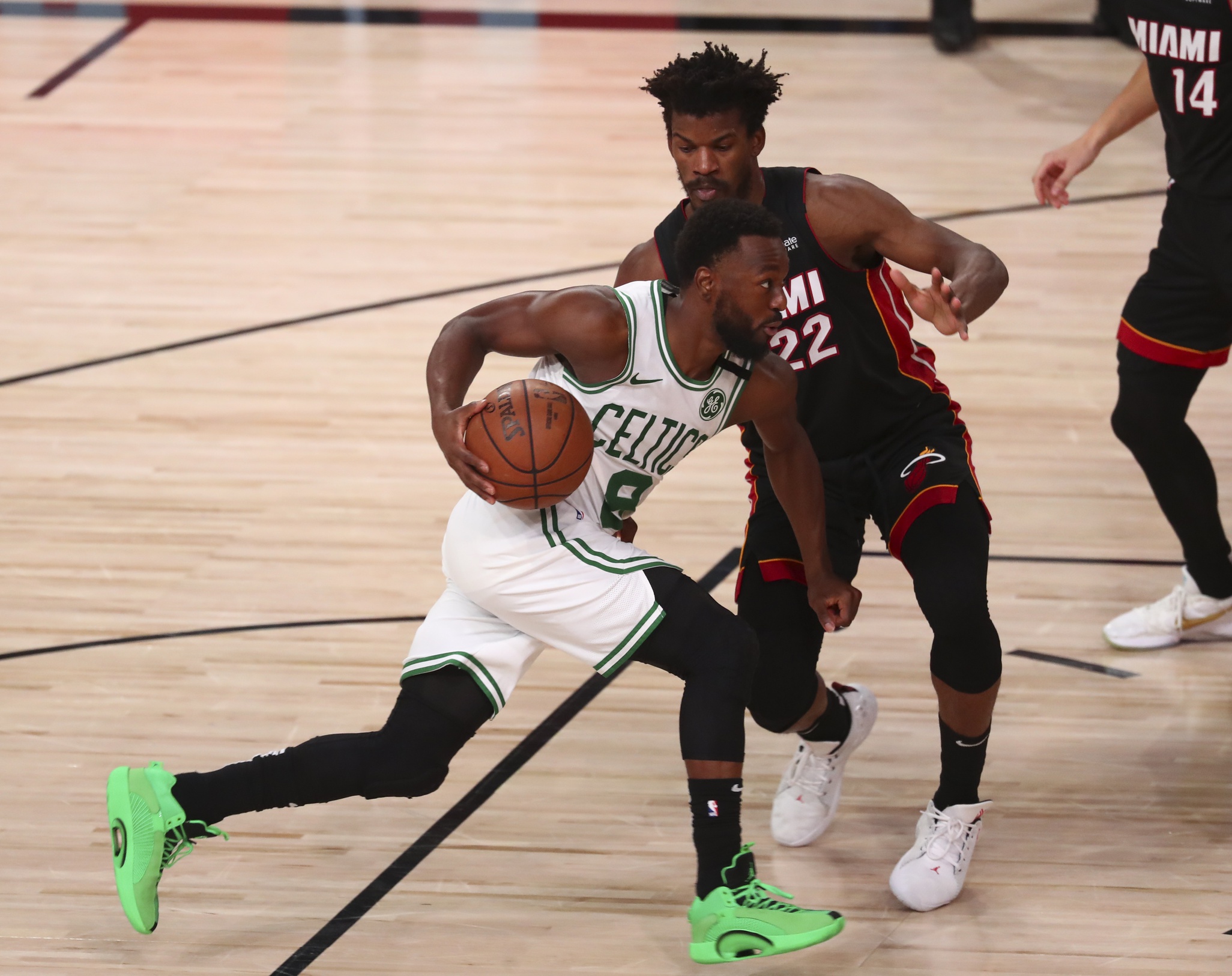