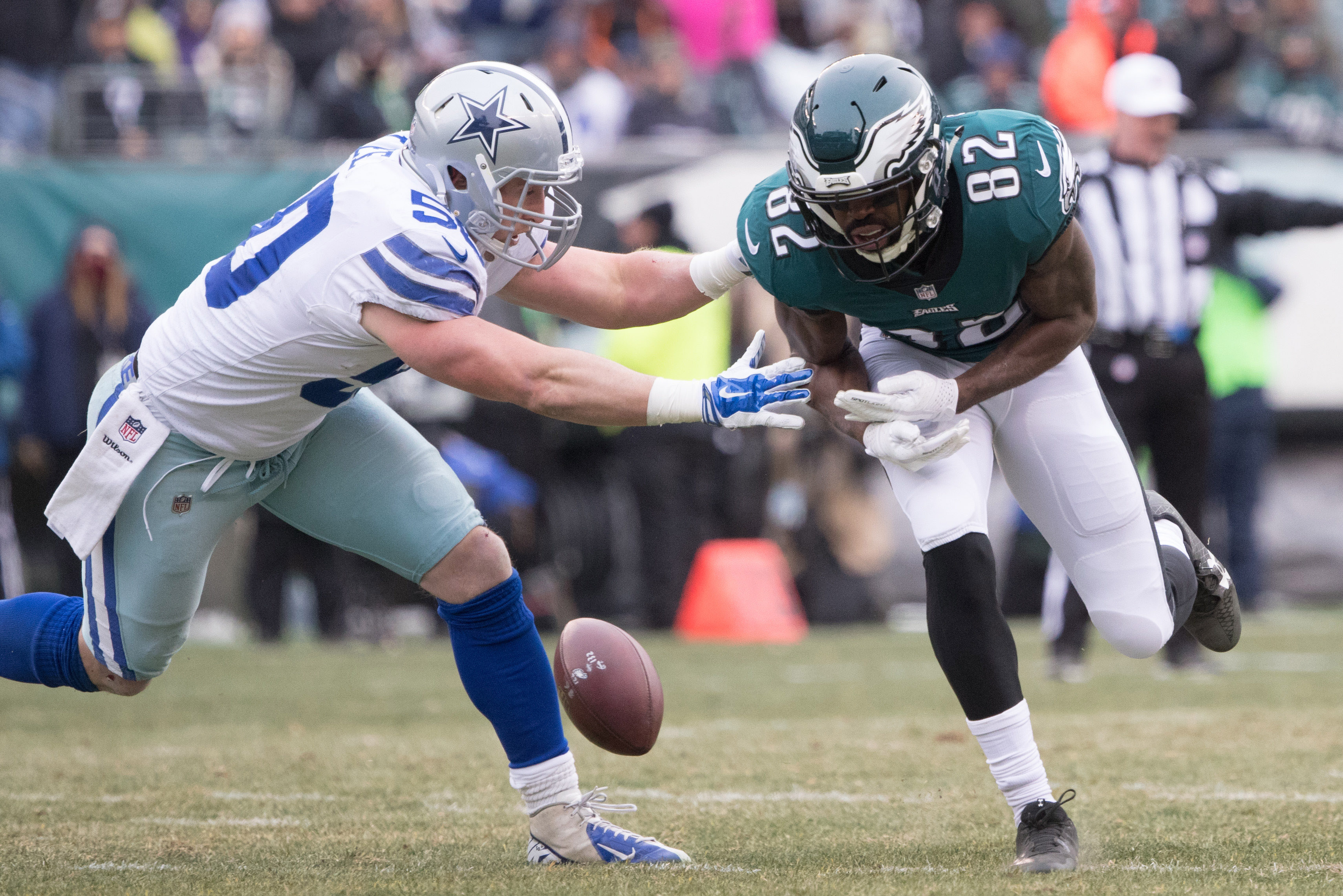 Here is the short story version of the Eagles heading into Week 8:

The team is not playing well in either red zone.

The offensive line is nowhere near where it needs to be.

Brandon Graham is third in the NFL with six sacks in seven games and his 21 total tackles and 10 quarterback hits are among the best in the league.

Richard Rodgers is your current playmaker at tight end, and Travis Fulgham has 23 receptions for 357 yards and three touchdowns in only four games.

That’s the end of the 2-4-1 portion of the season, anyway. Now the Eagles are in first place in the NFC East all by themselves, even with an unsightly 2-4-1 record. Dallas, having lost at Washington on Sunday in an ugly game, is reeling. The Eagles have a chance to make up some ground after a rough first six games of the season.

It was funny listening to the NBC promo for the Dallas-Eagles game coming up on SNF. The announcers were gushing over the ancient rivalry shared by the two teams.

Maybe they should have gone with this intro written by Marcus Hayes of the Inquirer:

” [Doug] Pederson and his glitchy quarterback and his crippled roster, alone in first place at 2-4-1, welcome the 2-5 Cowboys on Sunday, in a monstrous mismatch for NFC East supremacy. The Cowboys have the worst run defense, a horrific coaching situation, and now they’re down to their third quarterback after Andy Dalton left the game in the third quarter with a concussion after a cheap shot from Washington linebacker Jon Bostic.”

Now that’s a promo for a reality show which sounds believable to me. I’d tune into that show.