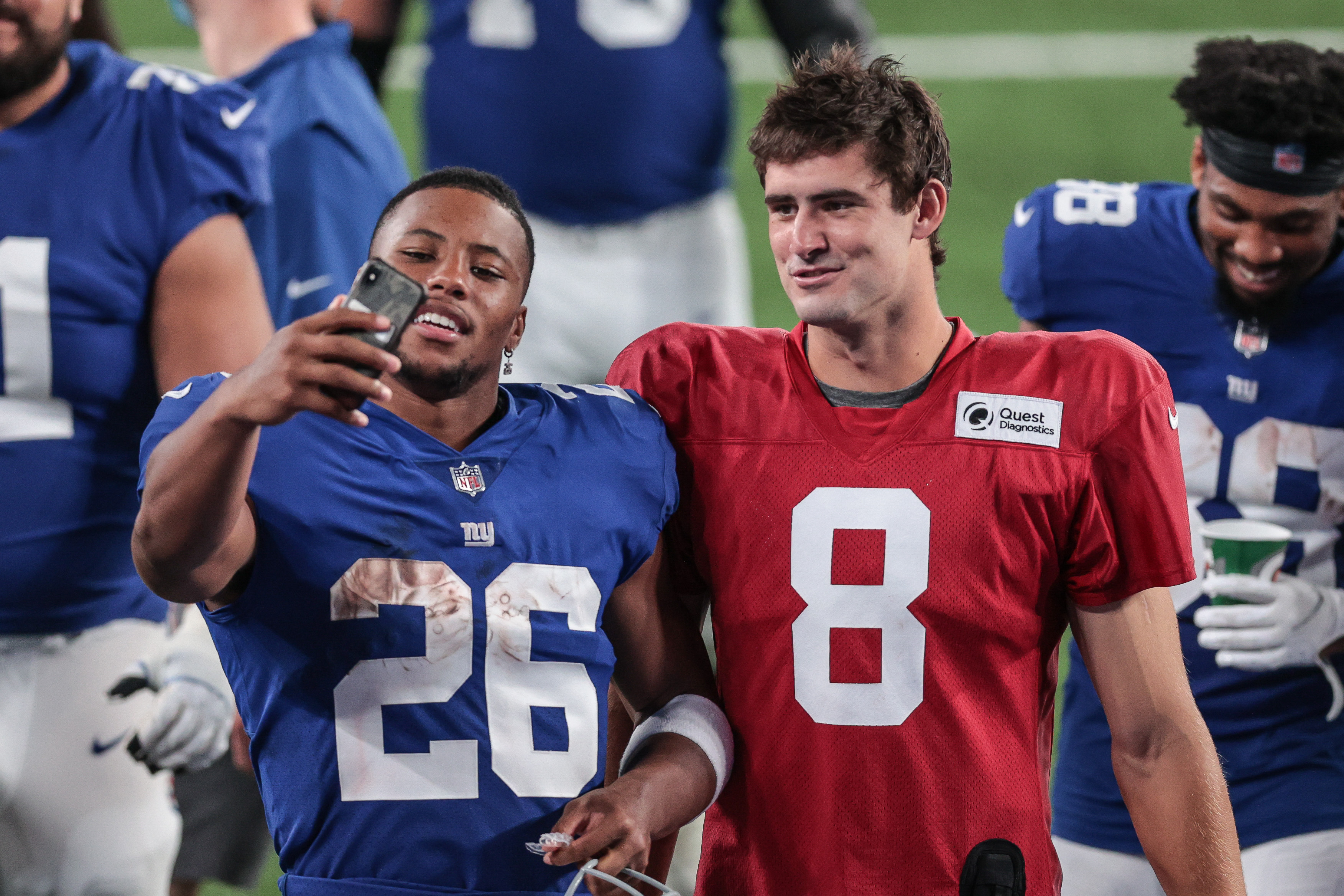 The Giants were given some extra rest having played against the Eagles last Thursday night, and it appeared a few of their players didn’t spend some of the time wisely.

Quarterback Daniel Jones may only be 23 years old, but as the team’s signal-caller, he’s supposed to be their leader. And it’s a well-known fact that leaders are supposed to lead by example.

Jones didn’t set a good example over the weekend, though, when he was spotted out and about at a New York City restaurant — along with running back Saquon Barkley. And while Barkley is out for the season with an ACL injury, that doesn’t necessarily mean he should be out on the town with Jones, with neither teammate wearing a mask.

The Giants plan to handle the situation internally, according to head coach Joe Judge.

Joe Judge on Daniel Jones, Saquon Barkley and others in Friday night's video: "We're gonna deal with things internally." Says players have been diligent and "I believe they were trying to do the right thing with getting together and having dinner the other night." #Giants

Not a great look from those two.