The Voice of a Generation, Mike "Doc" Emrick Retires

The Voice of a Generation, Mike "Doc" Emrick Retires

The voice of hockey has gone silent.

After 47 years of broadcasting professional hockey, with the last 15 as the lead play-by-play announcer for NBC Sports’ NHL coverage, Mike “Doc” Emrick has  retired

“It was 50 years ago this fall, with pen and pad in hand at old Civic Arena in Pittsburgh, I got my first chance to cover the National Hockey League. Gordie Howe was a Red Wing, Bobby Hull was a Blackhawk, Bobby Orr was a Bruin,” Emrick said via NBC Sports. “A time like this makes me recall that we have seen a lot together. The biggest crowd ever, 105,000 at Michigan Stadium. A gold medal game that required overtime between the two North American powers in Vancouver. Things change over 50 years, but much of what I love is unchanged from then to now and into the years ahead. I still get chills seeing the Stanley Cup. I especially love when the horn sounds, and one team has won and another team hasn’t, all hostility can dissolve into the timeless great display of sportsmanship — the handshake line. I leave you with sincere thanks.”

“My goodness” – A frequent Emrick exclamation meaning “something really cool, unexpected, controversial, or otherwise noteworthy has happened.” For maximum effectiveness, the “my” needs to be stretched to three syllables: “Myyy-yyy-yyy goodness.”

“Gonged Away” – When a goaltender uses his head, either intentionally or unintentionally, to make a save. As in: “Shot through traffic, and it’s gonged away by Rask …”

Emrick has called over 3,750 professional and Olympic hockey games, 45 Game 7s in the Stanley Cup Playoffs and 22 Stanley Cup Final series. He is also an eight-time Emmy Award winner and has been inducted into seven Halls of Fame.

“Pitchfork” – It is a sweeping motion — very much like pitchfork from Green Acres — with the stick. And it’s a jabbing motion that players often use to get the puck lifted out of their own and get it out of there as fast as they can.

“Swaggered on in” – When a forward carrying the puck tries to beat the opposing team’s defenseman with speed. See also: “finessed.”

“Elevators it” – When a player attempts a pass by lifting the puck off the ice, over opposing defensemen’s sticks or bodies

The renowned announcer is an artist that paints a visual masterpiece of a hockey game, using a deep passion, an unparalleled knowledge of the sport, and a wide vocabulary as his paint.

“Waffleboarded away” – When a goaltender uses his “blocker” (the flat, padded glove with which he holds his stick) to make a save, a reference to old-style blockers that had holes in their leather tops through which padding was visible and were nicknamed “waffles” or “waffleboards.”

“Sealed off” – When a goaltender either pulls in his arms and legs or hugs the goal post to ensure there are no gaps through which a puck can squirt through.

“Wedged off” – Not quite a body check, but when a player leans in and forces an opposing player into the boards or otherwise separates him from the puck.

A fan listed 153 different ways Emrick used to describe how the puck moved in a single game.

“I read a lot and my fifth-grade teacher always said if you read and you use a word five times, that word becomes yours. She encouraged us to read and expand our vocabularies … you don’t want to ever talk down to people, but I found it’s a way to amuse myself and maybe others if I use different words like that. I don’t come in with specific ones I want to use, though, because that would be too time-consuming,” said Emrick.

“Freight-trained” – When a player body checks an opposing player, causing that player to fall down; to barrel over someone.

Throughout his illustrious career, Emrick has announced the Stanley Cup Final 22 times, 45 Stanley Cup Playoff game sevens, six Olympics, 14 NHL All-Star Games, and 19 NHL Winter Classics and Stadium Series games.It is estimated that he has called over 3,750 professional and Olympic hockey games.
Shuffleboards.”
Emrick called hockey games at Bowling Green State University from 1971-73 where he graduated with a Ph.D. earning his nickname “Doc”. 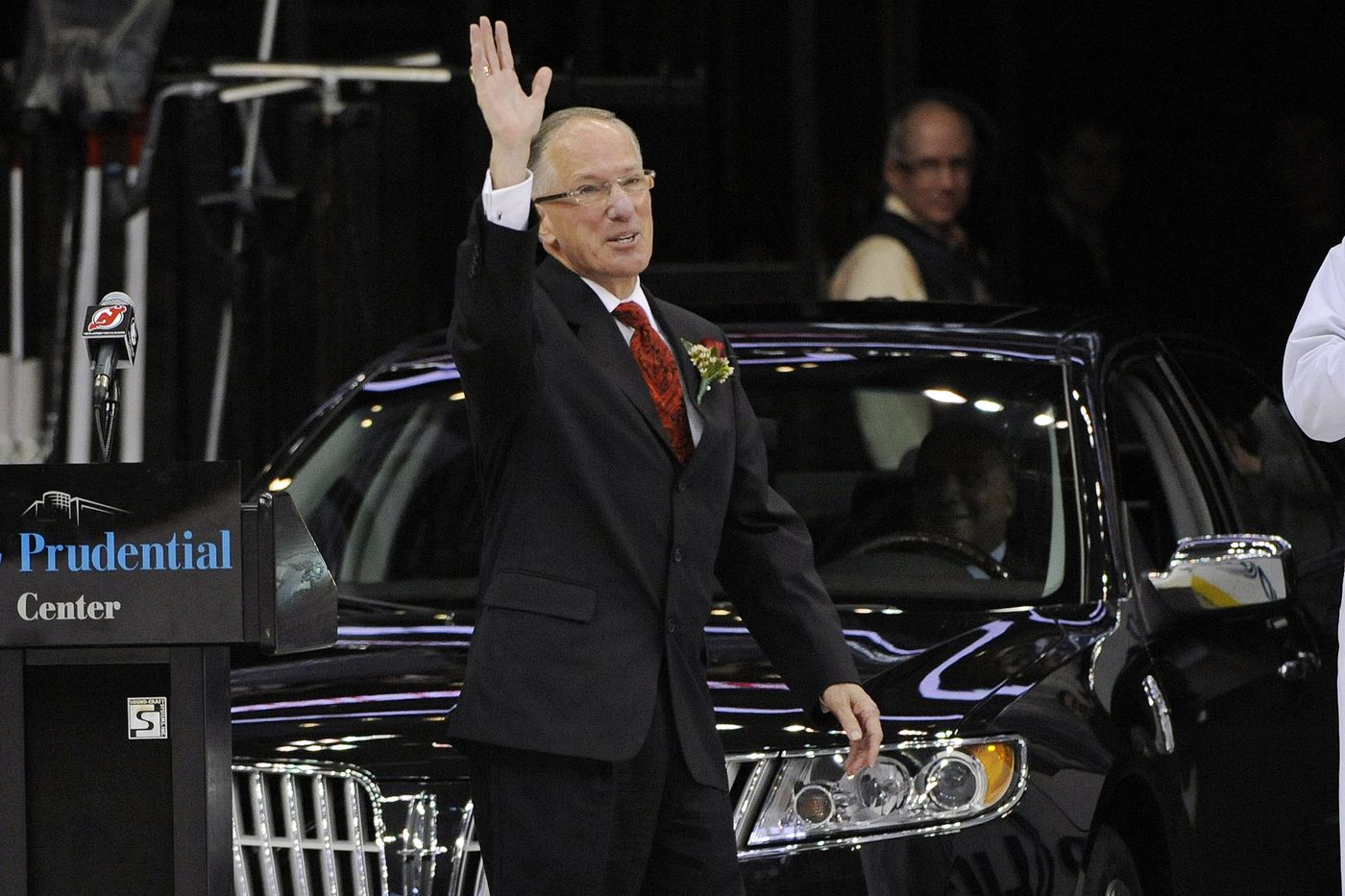 In 2011, Emrick became the first broadcaster to be inducted into the U.S. Hockey Hall of Fame – one of seven Hall of Fame elections for Emrick. He won eight Sports Emmy Awards for Outstanding Sports Personality/Play-by-Play, the most ever in that category.

Emrick will remain a member of NBC Sports by occasionally writing and narrating for its NHL coverage.