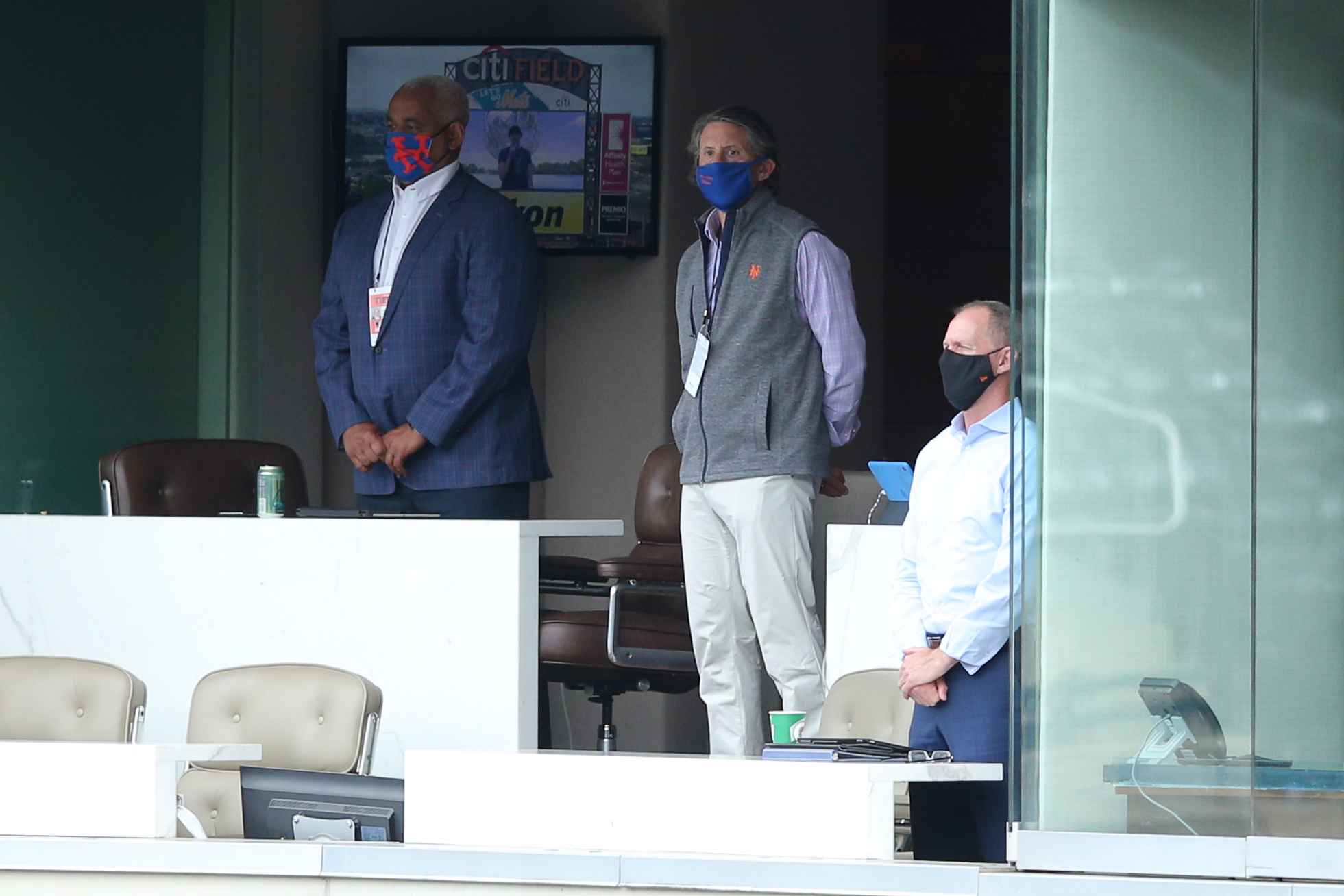 And now, it’s time to celebrate.

MLB owners have voted to approve Steve Cohen as the new owner of the New York Mets, a source familiar with the vote tells ESPN.

The New York City Law Department has completed its legal review of the proposed sale of the @Mets. New York City has no objections and the Mets can now proceed with the transaction.#LGM

May October 30th, 2020 be forever known as Met Liberation Day.

There has been, and there will be, a lot of “open letters to Steve Cohen”. While I’ve never been one to take the same road as others, I do want to send a few messages out. First, how about one final shout out to the people who have guided the ship for the last 17-40 years:

To The Wilpon Family, Most Notably Jeffy

You were sipping champagne. And when a reporter, on camera, asked you what was there to celebrate, you responded: “We’re getting a new ballpark.”

To think that the owners of a baseball team would publicly celebrate something on the day that said team got eliminated … on the last day that Shea Stadium existed as a working ballpark, where grown men, grown women, and children had tears in their eyes. But it showed me who you really were: real estate moguls posing as people who cared about baseball. It made nothing that followed a surprise. Not the chintzy way you spent money on talented ballplayers, not the revelation that you ordered Pedro Martinez to pitch in a meaningless ballgame in the name of gate receipts. Not even the way you cast aside real celebrations and memorials of Mets teams of the past while glorifying the team of your youth: the Brooklyn Dodgers. 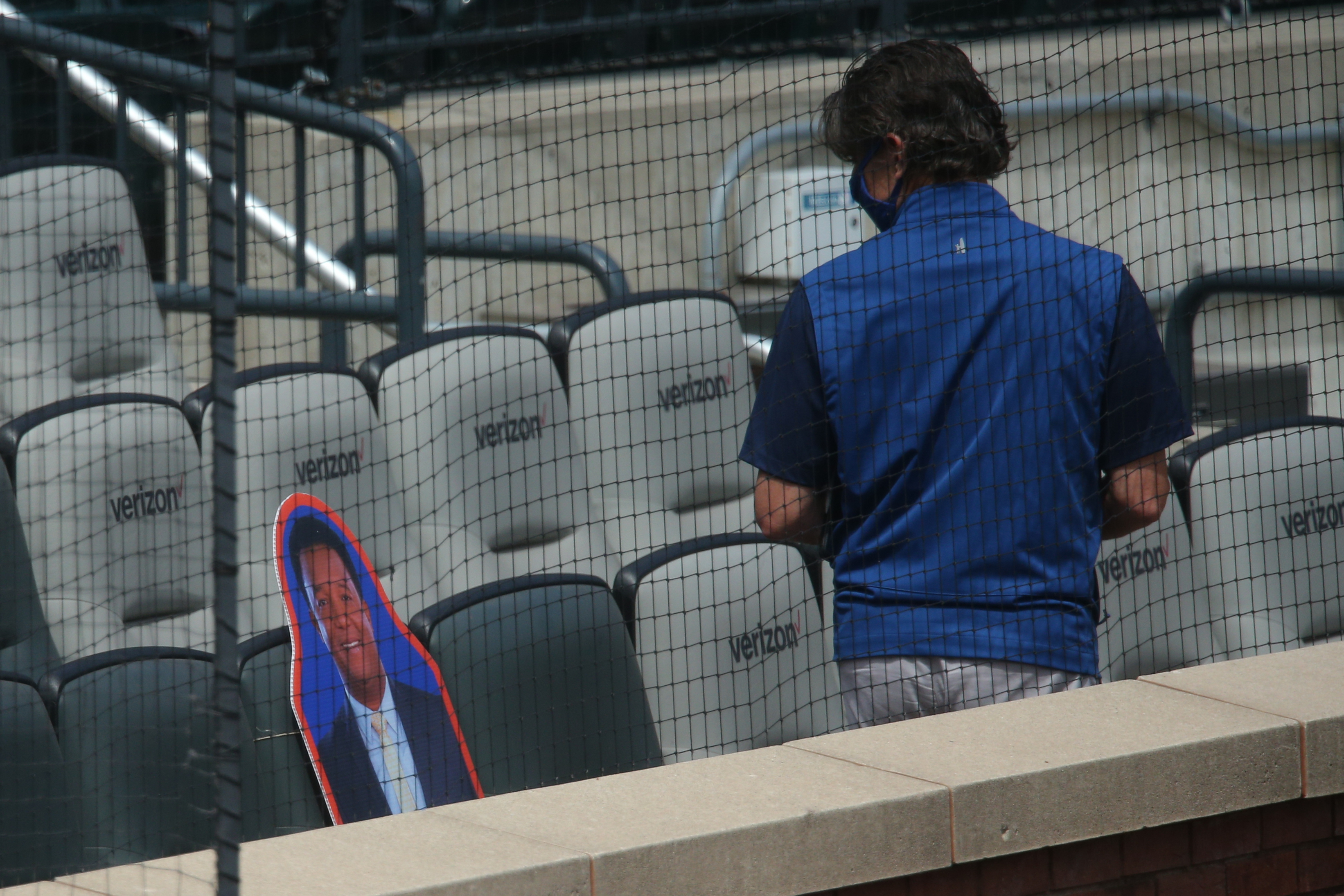 Because it’s really been all about you, hasn’t it? And it’s really been all about you, Jeffy … hasn’t it? You having to meddle in every single aspect of the baseball operations, even the ones you weren’t qualified for, which was every single aspect of the baseball operations? You having to hang around the clubhouse and be buddies with the players, even down to having to make an appearance in the goofy Harlem Shake video? You having to be the one that the buck stopped with … and plenty of bucks did stop … when it came to every single decision having to do with the Mets? Because the Mets were nothing more than your toy, wasn’t it? Something to brag about to your real estate friends on the golf course.

Well let this be a lesson to you: Your family may have owned the Mets, but the Mets belong to us. And the Mets wouldn’t be the Mets without us. You’re gone, but we’re still here. And that’s despite your best efforts to erode our fan base and basically hand this city to the Yankees in the years since the Subway Series in 2000 when we could still say that this was a shared city. Despite you thinking that the way the Yankees did business was “unsustainable”. Despite your declarations that you were schmucks for, heaven forbid, signing good ballplayers. Despite you coming up with the brilliant idea to pay Bobby Bonilla a million plus a year because “we’re just going to take that money rolling in from our friend Bernie to pay off that contract.”

And not to mentioned how you harassed a pregnant woman for not being married, because that really deserves its own paragraph.

You owned one of 30 jewels that exist. And you buried it even further than I thought a major league team could be buried. That takes a special kind of talent I hope never rears its ugly head ’round these parts again. I only hope that there is a public ceremony where we can wave to you as you trudge down a dirt road, sticking out your thumb for a ride while the closing theme to The Incredible Hulk plays in the background. Once and for all, good riddance.

Your role in this will not be forgotten. Some of us thought we wouldn’t be around to see this day. It happened in large part because of you. While I can’t promise you’ll get a statue alongside, maybe we can get a “Saul’s Subs” stand at Citi Field.

You can go buy the Oakland A’s. Then you can step on the mound all you want. 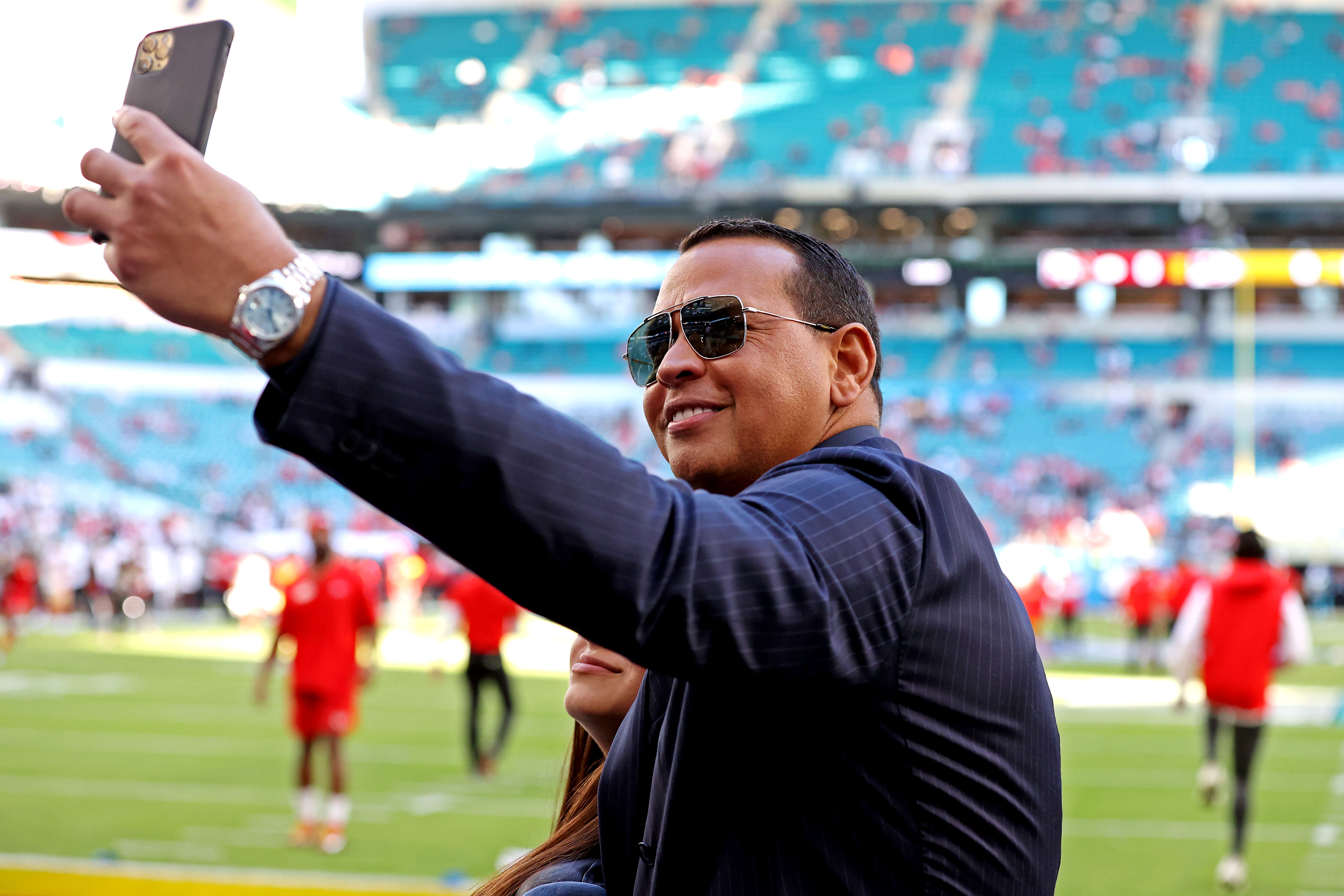 Congratulations on your new primary ownership of the New York Mets. This is what you wanted for a long time and now the day is finally here. Your first acts as Mets owner have already made a positive impression:

As his first act as Mets owner, Steve Cohen says in a statement that he plans to donate $17.5 million to NYC small businesses, and "dramatically increase the giving of the Mets Foundation in the coming years."

He is also reinstituting all pre-pandemic salaries for Mets workers.

I’m really only hoping for three things from you. Three seems like a lot, but I’m sure you’ll see that none of them are reasonable. Here’s request number one: I’m sure you’ll be flooded with “sign this guy” or “sign that guy”, and we’ll have our own blueprints as to which direction the Mets should go. But as long as you hire baseball people to run the baseball operations, everything else will fall into place. Now, as owner of the team that you grew up rooting for, I’m sure there’s at least a small part of you that’s tempted to be hands on and try to do everything yourself. But being a big Mets fan yourself, you must be cognizant enough to realize that the very temptation I speak of has been a big part of the problem that has befallen the Mets over the past 20 years, especially you being in a lot of those board meetings yourself. So the first thing that I hope for is that you hire good people, and let them do their jobs.

Request number two is this: Of course, I’d love to witness the Mets win a World Series. It’s why we exist as fans, right? It’s why we love baseball. We don’t come to the park hoping for the corporation to make profits on Shake Shack burgers. We come to see the baseball team win and be competitive, which in turn creates great memories for us and our families, something the previous regime came up largely empty on. But here’s what you absolutely have to accomplish as a baseline in your tenure, and I think it’s largely in your control: I want the Mets to no longer be a national embarrassment. The organizational leaks and the sniping of players and coaches as they leave the door must stop. The dirty laundry needs to be kept in house. I want Deadspin’s “LOL Mets” tag to collect dust. I want Bobby Bonilla to embrace the phrase “lump sum”. Just give us something to be proud about instead of telling people “I’m a Mets fan” and then getting told “Oh … sorry.” 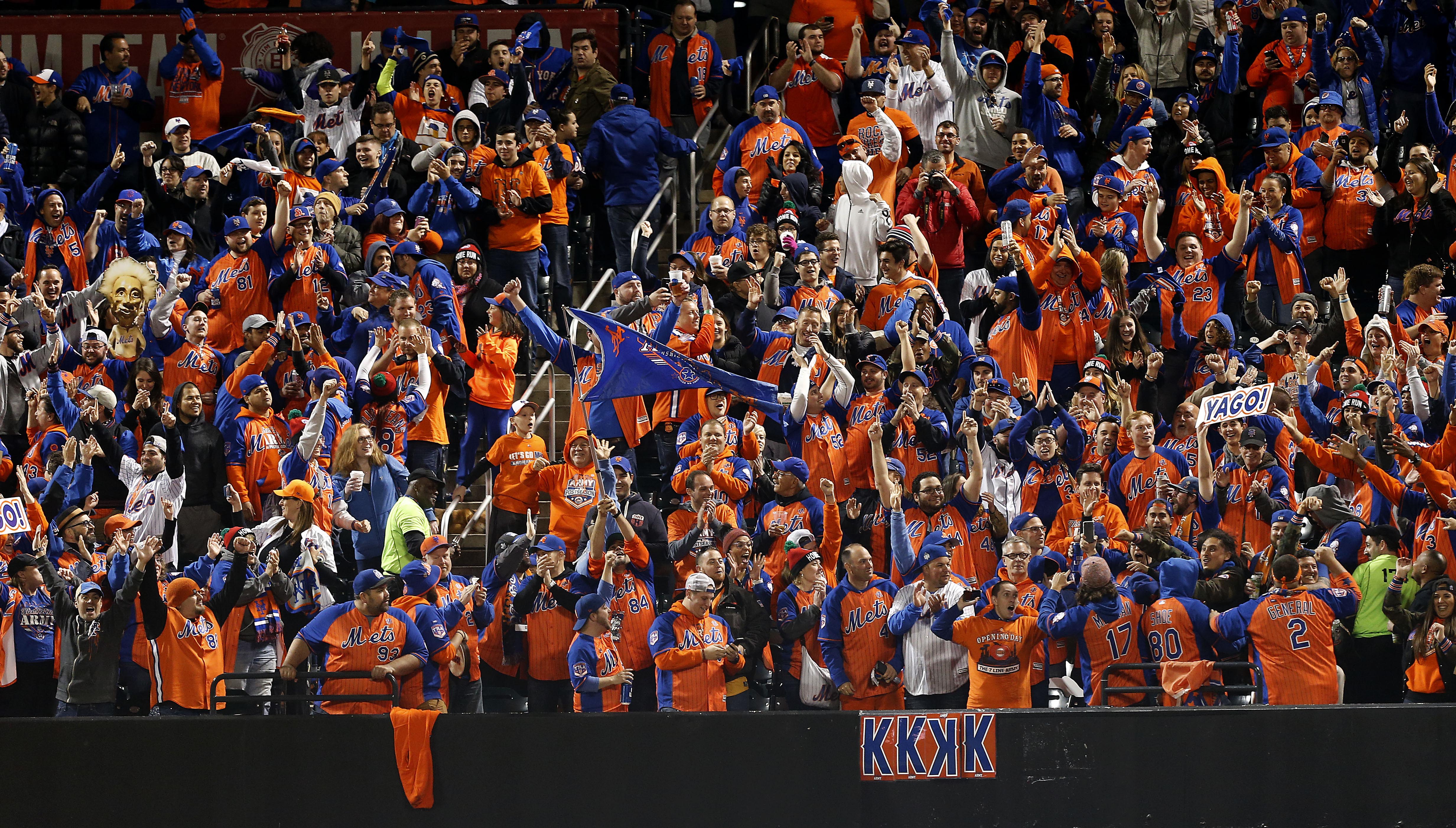 Request number three is pretty much a residue of the first two: You’ve been the biggest star in Flushing for months now. Steve Cohen memes, Steve Cohen t-shirts, the like. You should enjoy and revel in that. But now I want people to forget you exist. I know that will be hard because you’re a big star here. But I want us to be excited about the new general manager (oh, I guess that would be the fourth thing I want? But maybe not having an agent as a GM would fall under request number two). Then I want us to be excited over the new players that we will get, or at least the ones we can realistically dream about instead of just setting that person aside because “oh, we’ll never pay him what he wants. The thing I look forward to the most from the change of regimes is that when a player boots a ball in the infield, we can complain about the player for five seconds or perhaps the general manager for not identifying a better player for ten seconds. I’m sick of complaining about the owners who couldn’t afford a better player.

If those three simple things happen, then I’m sure the track that the Mets will be on will ultimately be a fruitful one. Until then, I’ll be dreaming up some specific scenarios for you to ignore. Best of luck, godspeed, and if Jeffy sends for his things, make him pay for the shipping.