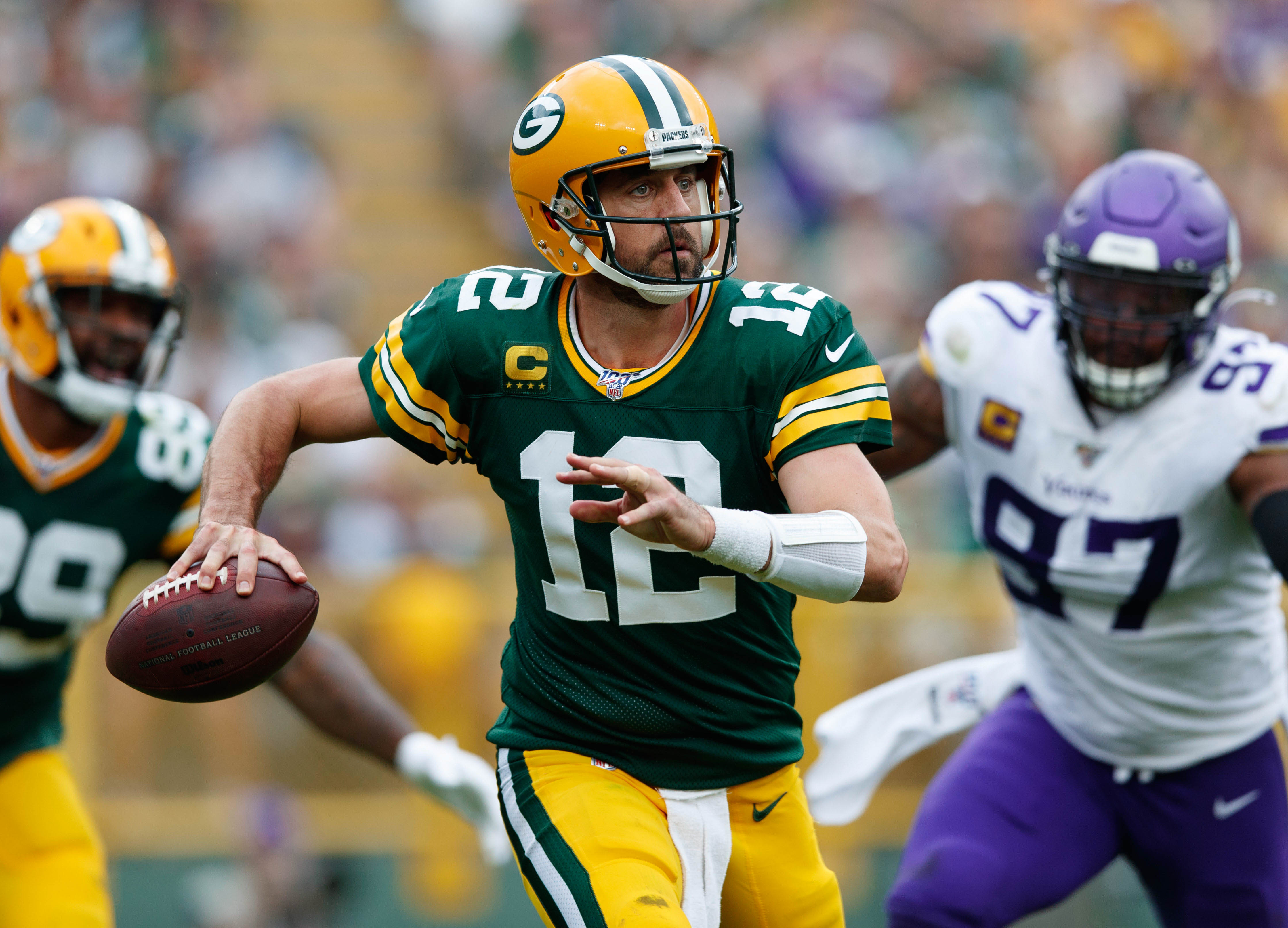 The Green Bay Packers will host the Minnesota Vikings at Lambeau Field Sunday in an NFC North showdown. The Packers are 5-1 and after last week’s solid 35-20 road win in Houston. The Vikings are 1-5 and are coming off their bye week. Their last game was a loss to the Atlanta Falcons at home two weeks ago, 40-23.

Here is a look at six key factors that will determine who wins on Sunday at Lambeau Field:

Minnesota is 5th in the league with a 150.5-yards per game average on the ground. The Packers run defense played well against Houston but has still been inconsistent this season. When the Packers take a big lead, it forces opponents to pass and eliminates the run game as a weapon.

The Vikings may have Dalvin Cook back in the lineup against Green Bay this weekend. Cook has a groin injury and has been a limited participant in the first two practices this week. When he’s healthy, he’s explosive and a threat to score on almost any play. Cook is averaging 97.8-yards rushing per game and has scored seven rushing touchdowns in five games that he’s played this year.

Backup Alexander Mattison is also dangerous and is averaging 4.5-yards per attempt. He’s a good back but not as explosive at Cook.

The Packers got Kamal Martin back in the lineup and he and Krys Barnes helped solidify the run defense last week in Houston. The healthier Kenny Clark gets, the better off the run defense should be. Tyler Lancaster, who has been strong against the run, may also be able to return and was a limited participant in practice this week.

If the Vikings can’t run the football, the offense will be one-dimensional and in trouble.

2. Get Pressure on Kirk Cousins

The Vikings offensive line has not played well this season and the result has been 14 sacks against Cousins in just six games. The fact that Minnesota has trailed in many of these games certainly makes things tougher for the offensive line and for Cousins.

One of the results of the pressure has been that Cousins has thrown 10 interceptions through six games and fumbled twice. If the Packers win the turnover battle, they have an excellent chance to win the game handily.

The Green Bay pass rush played better last week against Houston after being ineffective the previous week against the Bucs. Za’Darius Smith has been the Packers most consistent rusher and he has six sacks in six games.

A healthy Clark can add push inside while Rashan Gary and Kingsley Keke have had some good games but lack consistency. Preston Smith delivered some pressure last week and needs to get closer to his 2019 form to improve the pass rush.

The Packers should be able to take advantage of the mediocre Minnesota offensive line. If they put pressure on Cousins, he is prone to make mistakes.

3. Take Advantage of the Vikings Banged Up Secondary

Minnesota has some good safeties in Harrison Smith and Anthony Harris, but their cornerbacks are inexperienced and injured. It is possible that Minnesota plays second and third-string corners against the Packers. The Packers should be able to take advantage of that matchup.

Davante Adams dominated the Vikings in Week 1, tying a Packers franchise record with 14 catches for 156 yards and two touchdowns. Adams was nearly unstoppable and could be again on Sunday at Lambeau.

Adams was so effective at getting open with his first move after the snap and the Vikings had no answer for him. After missing time with an injury, he has returned to the lineup and has played at an elite level against Houston last week.

Look for Jamaal Williams and Robert Tonyan to also put up good numbers against this shorthanded Vikings secondary. This will also be a big opportunity for the Packers other receivers like Marquez Valdes-Scantling, Equanimeous St. Brown and Malik Taylor. MVS enjoyed his best game of the season against Minnesota.

The Packers should have a big day passing the football on Sunday.

Minnesota has a pair of dangerous wide receivers in Adam Thielen and Justin Jefferson. Both are more than capable of getting deep and making big plays at any time. Thielen leads the team with 32 catches and seven touchdowns while Jefferson is averaging 19.2-yards per catch on 28 grabs and has scored three touchdowns.

Look for the Packers to have Jaire Alexander match up with Thielen most of the time. This should be a great one-on-one matchup.

Josh Jackson is likely to start at the other corner and he has played well as a replacement for the injured Kevin King. Jefferson will be a big test for Jackson who is looking to prove he can handle being a starter and can match up against the best receivers.

The Vikings have a chance to stay in this game if they can complete a few long passes and score quickly. It is up to the Packers secondary to stop them from doing that.

The Packers will probably be without Aaron Jones again on Sunday and if he is able to go, he may be limited. Jamaal Williams did a good job as the starter against Houston and should get similar opportunities this week against Minnesota.

Minnesota is allowing 134.8-yards per game rushing so far this season. Williams gained more than 100 yards from scrimmage against Houston. He is an excellent receiver out of the backfield and is a tough, between the tackles runner who the Vikings will struggle to stop.

Inside linebacker Anthony Barr is still on IR while the Vikings announced that linebacker Todd Davis will miss the game after being placed on the Covid-19 reserve list.

The Packers may get Tyler Ervin back which will help with jet sweeps and pre-snap motion, not to mention the return game.

A.J. Dillon has yet to get many chances mostly because of his inexperience at pass protection and route running. Once he gets those parts of the game down, he should see more action.

The Packers should be able to move the football well on the ground and then set up their play action passing game.

The Packers have struggled to create turnovers all season. They have created only four turnovers through six games, but they have turned the ball over only twice all season with both coming in the loss in Tampa Bay.

The Vikings have been very turnover prone this season. It’s one of the big reasons for their lack of success so far. The Vikings have a minus-seven turnover differential with Cousins having already thrown 10 interceptions through six games.

If the Packers are even or positive in the turnover department, it will be difficult for the Vikings to match the potent Green Bay offense point for point.

Minnesota will have to win the turnover battle to have a chance to win this game.

The Packers are clearly the better team on paper, but in division rivalry games, you can often throw the records out and the game is usually closer than expected.

Minnesota may keep it close for the first half, but Green Bay will pull away late and improve their record to 6-1.