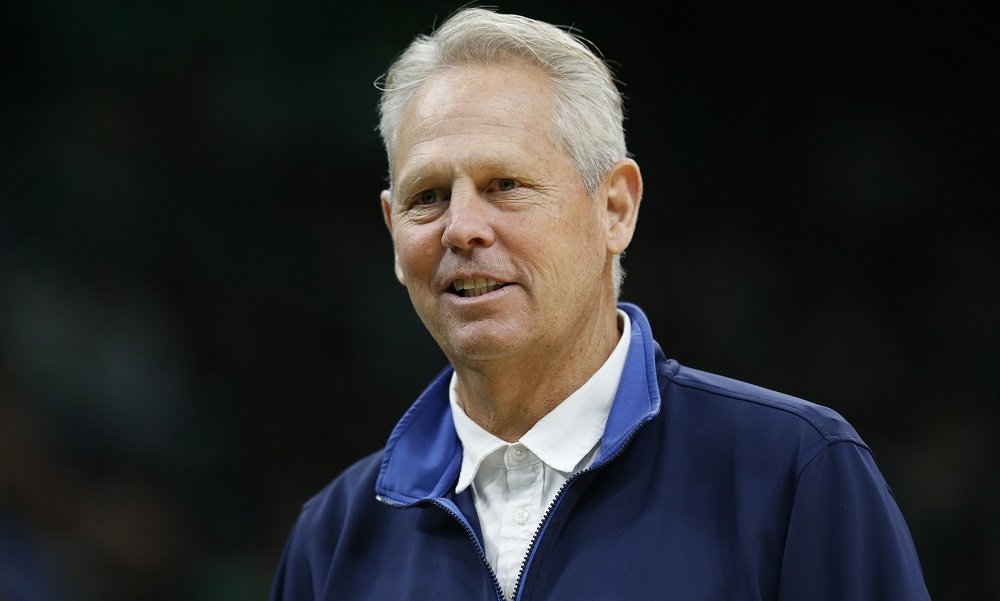 Nothing comes easy in the NBA, but the jittery Sixers and rebuilding Nets are no longer in Danny Ainge’s rear view mirror. On this Halloween eve, the Boston Celtics face an Atlantic Division horror show that threatens what they’ve built. […]

Time will tell if this will work, but the Sixers have buttressed their franchise against the waves of immaturity that undermined it before. Rivers can bench Simmons for refusing to shoot. He can call out Embiid if he shows up out of shape. Morey can bring in a point guard and tell Simmons he plays another position now. […]

There is a recipe for success with players like Irving and Durant, but the ingredients have to be perfect. On paper, it looks like Brooklyn has nailed it. […]

All of this puts the Celtics in a precarious position. They are facing a draft with too many picks, free agency with little money to spend, and a roster with one, giant, looming decision. Ainge has cards to play, but not many.

Get it right and the Celtics are fighting it out for one of the top spots in the playoffs…Get it wrong and suddenly the Celtics will be closer to the New York Knicks than they will be to the top of the division.

As we all knew, the subtext of the bubble playoffs was that the Celtics had an opportunity to get to the Finals before the Nets’ stars got healthy. And now the possible resurgence of the Sixers, powered by the Doc and Daryl hirings, could add an extra layer of difficulty to the task ahead.

But so what? The Celtics have as much star power as any other team, maybe more – especially if Gordon Hayward stays (and stays healthy). They have continuity from a core that’s been together for three years, and they’ve proven they can win playoff series. Shore up their few weaknesses and it’s entirely possible they will finally get over the hump to the Finals.

That’s what I’m telling myself, anyway. More than ever, in Danny we trust

On Page 2: New proposal for next season

We know the 2020-21 NBA season will look much different than in years past. But there’s still some disagreement as to how.

The NBA may propose a 50-game season if the NBA Players’ Association insists on beginning the campaign in mid-January rather than Dec. 22, The New York Times’ Marc Stein reported Friday.

While initial reports suggested the new season could begin around Martin Luther King Jr. Day (Jan. 18), The Athletic’s Shams Charania reported last week that the league was pushing for a start date of Dec. 22, just over two months after the conclusion the 2020 NBA Finals.

A week ago, we were all surprised that the league was talking about starting the new season before Christmas. Now that doesn’t appear likely.

A 50-game season would reduce player salaries significantly in 2020-21, since NBA pay adheres to a regular-season schedule

The NBA's 72-game model calls for teams to play roughly 14 games a month through May, followed by the playoffs through mid-July — before the Olympics begin

This new possibility of a 50-game season actually seems more plausible than the December proposal. It would allow the current break between the bubble and opening night to be more like a normal offseason. There would be an emphasis on games between division opponents, to reduce travel. And the shortened schedule would allow the playoffs to begin closer to their usual time. If the TV executives give it their blessing, the 50-game plan might have the best chance of being implemented.

A key factor, though, is how badly do the players want to get most of their summer back? Enough to accept being paid for just 50 games, not 72? Those negotiations ought to be interesting.

Meanwhile, teams have the green light to reopen their practice sites.

The NBA has informed its 30 teams that they are now allowed to open practice facilities for group practices, workouts and scrimmages with up to 10 players, sources tell @TheAthleticNBA @Stadium.

NBA players must be tested every day for the coronavirus and return a negative test each time to be allowed to participate in offseason workouts at team facilities, according to a memo shared with teams today.

And, finally… Remembering the 5

The Celtics are celebrating their history as the first franchise to use an all-Black starting five in the NBA.

As we continue our fight for equality, we want to celebrate those who paved the way. Shop the exclusive tee commemorating the @NBA's first all-black starting five: https://t.co/dZsBCFf2u0

It’s good that proceeds are going to the team’s equality efforts, because $37.99 for a T-shirt is pretty steep, especially in this economy.

The five were Bill Russell, Willie Naulls (who took the spot of an injured Tommy Heinsohn), Satch Sanders, Sam Jones and KC Jones. How did they do? According to this video, they started 12 games together and won them all. Here’s more info:

How much do you know about the @NBA's first all-black starting five?

And here are some memories from Satch and Sam:

Satch Sanders and Sam Jones recall their experiences as 2 of the 5 men who made up the NBA's first all-black starting five in 1964. pic.twitter.com/sXX1MEvKeq