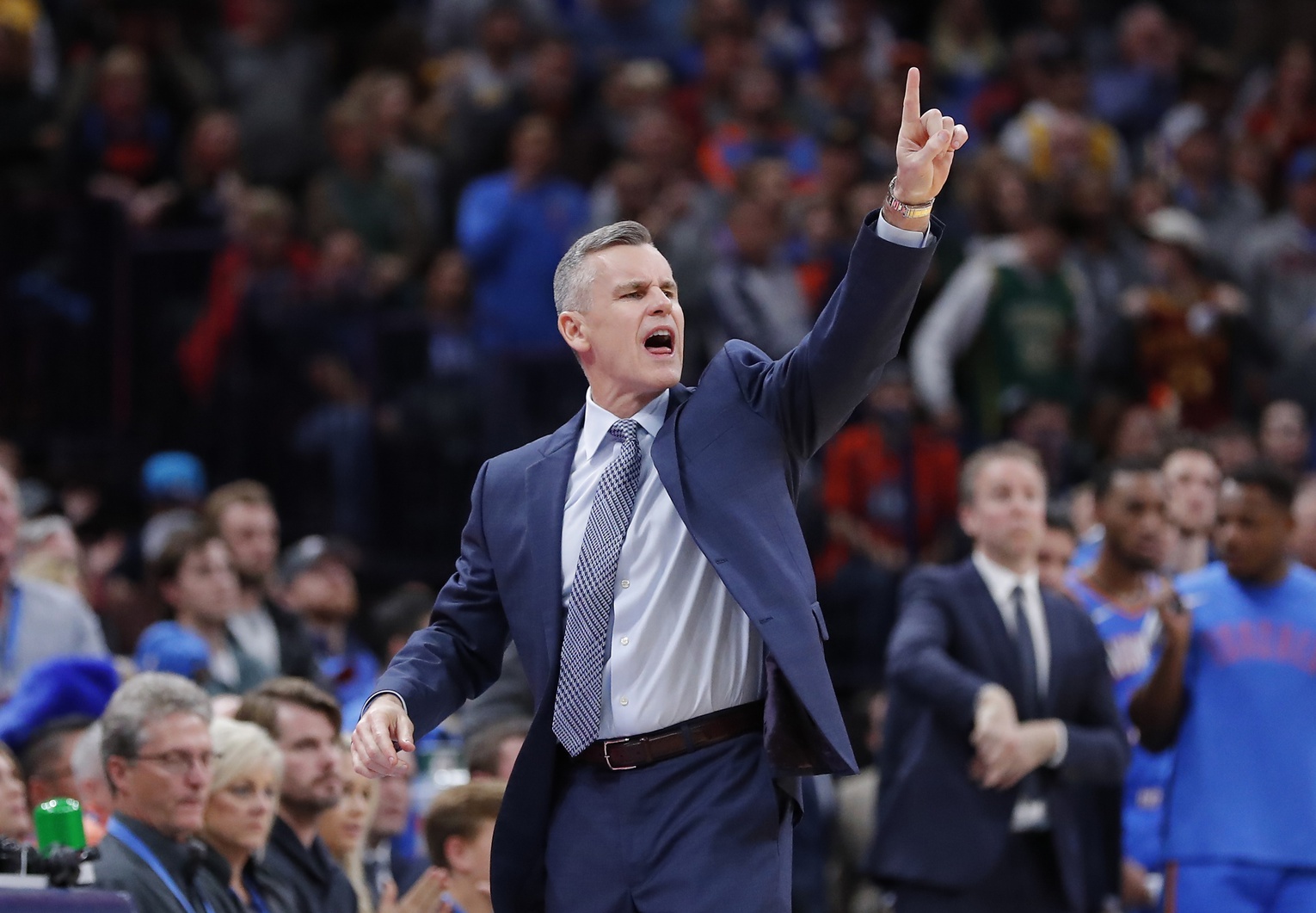 Longstaff, who got his start in the NBA as a player personnel coordinator with the Oklahoma City Thunder back in 2010, worked his way up the NBA coaching totem poll through the years as he held multiple positions with several organizations for the last decade.

With the Thunder, Longstaff found himself earning multiple promotions as he became a video coordinator and a video analyst before landing a player development coaching job with the New York Knicks four seasons after getting his start in OKC.

For the last two seasons, Longstaff worked under Milwaukee Bucks head coach Mike Budenholzer. During that time, the Bucks earned a record of 116-39, notching the first seed in the Eastern Conference during both seasons.

Although Longstaff didn’t get much consideration in the head coaching market, the now-former Bucks assistant will find himself in a more prominent role on Donovan’s bench in Chicago.

Per Wojnarowski’s report, Longstaff will have an “opportunity to elevate to a front-of-the-bench assistant.” Longstaff will now become one of the several replacements for the handful of candidates who were cut by Donovan back in October, including Roy Rogers, Dean Cooper, Nate Loenser and Karen Stack-Umlauf, all of which, who served under former Bulls head coach, Jim Boylen, who was terminated in August.