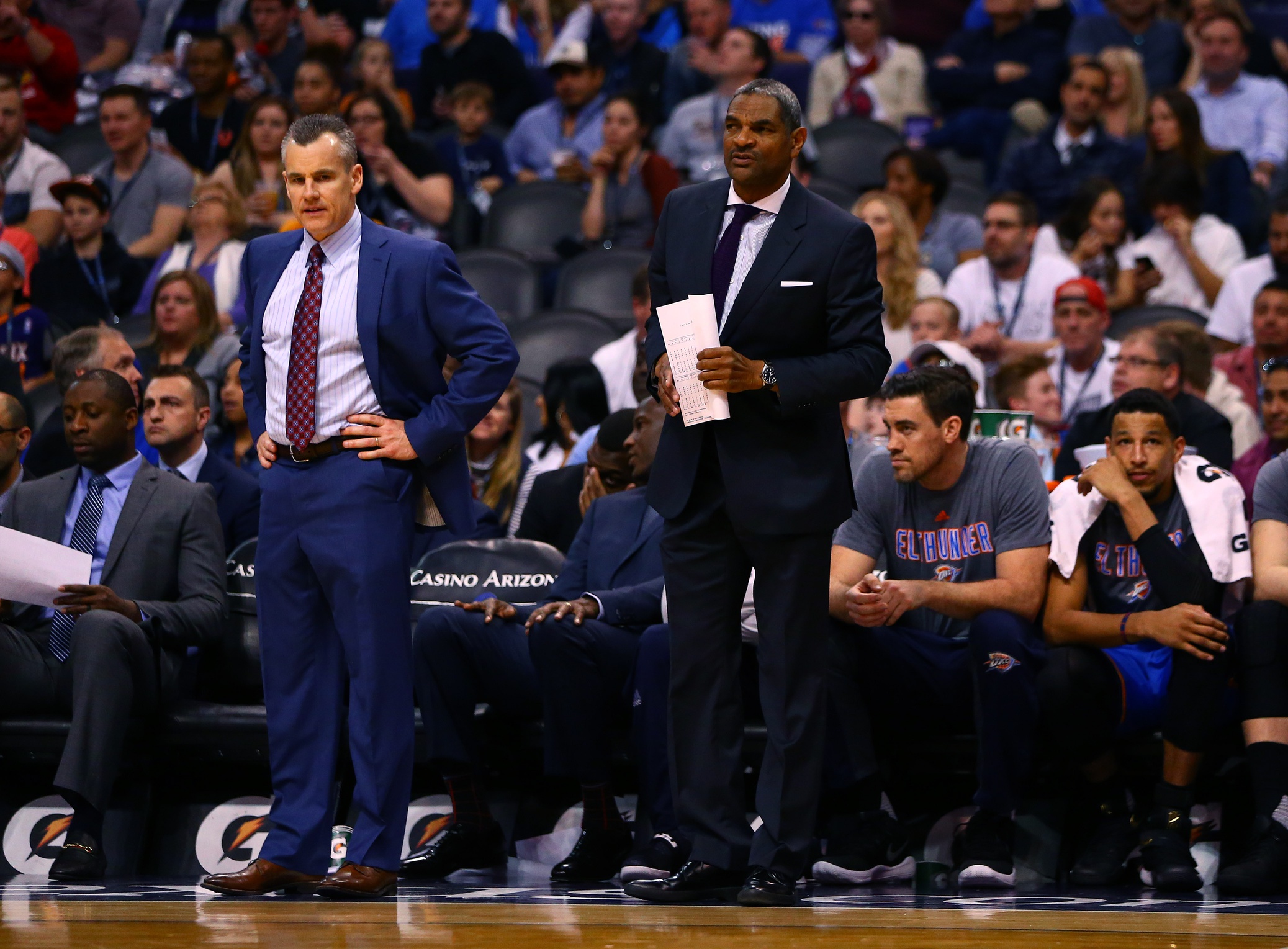 The cat’s out of the bag in Chicago. For quite some time now, it was believed that former NBA head coach Maurice Cheeks would follow Billy Donovan to Chicago to coach with the Bulls. According to a report from The Athletic’s Shams Charania, the rumors are true — Maurice Cheeks is set to join Billy Donovan’s Chicago Bulls coaching staff.

Cheeks, a 64-year-old former player and head coach, will continue to assist Donovan after helping the former Thunder head coach in Oklahoma City. Cheeks began his NBA coaching career after a 15-year career as an NBA point guard.

A year after calling it quits as a player, Cheeks returned to Philadelphia to coach with the 76ers — the same organization that drafted him in the second round of the 1978 NBA Draft. Cheeks took on a job as an assistant from 1994 to 2001 before landing a head coaching job with the Portland Trail Blazers.

Cheeks coached the Blazers for three full seasons and found himself fired after 55 games during year four, which occurred during the 2004-2005 run. While coaching Portland, Cheeks’ team lost in the first round of the playoffs twice before missing the postseason during his third year.

He wouldn’t stay on the head coaching free agency market for long as the Sixers offered Cheeks a job to become the team’s next head coach ahead of the 2005-2006 run. Cheeks’ stint as Philly’s head coach lasted four seasons. He was fired 23 games into the 2008 NBA season.

After his departure with the Sixers, Cheeks took a step back and landed an assistant’s role with the Oklahoma City Thunder. That stint lasted about four years before Cheeks found himself another head coaching opportunity with the Detroit Pistons.

Although his previous head coaching jobs lasted at least three years, Detroit kept Cheeks on a short leash. And after achieving a disappointing record of 21-29, the Pistons quickly moved on, which then led to Cheeks landing on Billy Donovan’s staff with the Thunder.

Since his opportunity with the Pistons back in 2013, Cheeks hasn’t garnered much head coaching interest. However, he was a hot name on the assistant’s market — and will ultimately end up with the Bulls for the 2020-2021 NBA season.