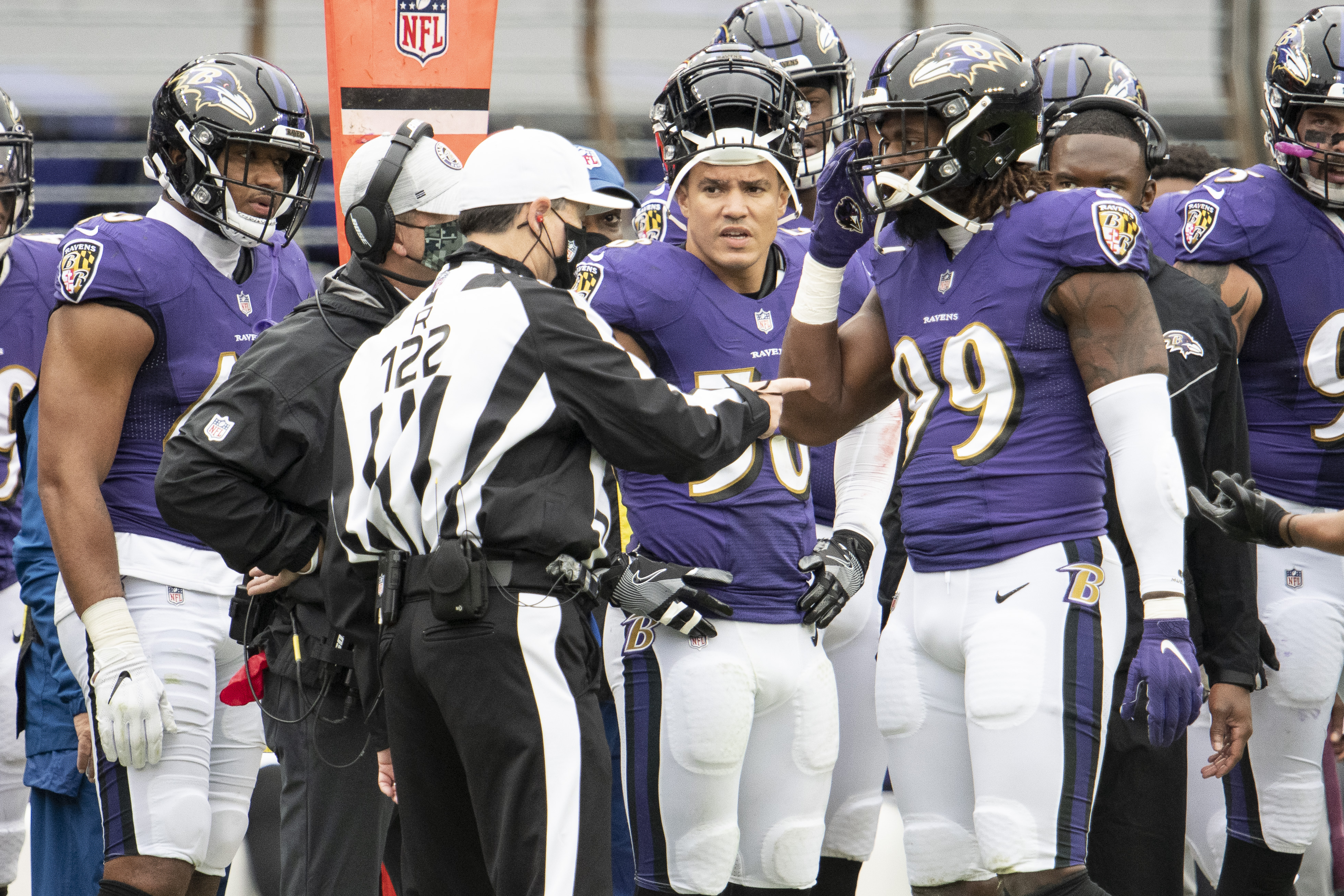 Oh man, the mistakes, the penalties, then the injuries…

The mistakes, the Baltimore Ravens contend, can be corrected.

Four turnovers by Lamar Jackson are fixable. Of much more concern, in the wake of Sunday’s 28-24 loss to Pittsburgh, is how to move forward without All-Pro left offensive tackle Ronnie Stanley.

Stanley sustained a season-ending left ankle injury in the first quarter, further depleting an already thin offensive line. Earlier in the game, guard Tyre Phillips left with an ankle injury and did not return.

“Losing someone like (Stanley), a leader on this offensive line, is hard to put into words,” Ravens tackle Orlando Brown Jr. said.

Long after he was carted off the field with an air cast affixed to his left leg, Stanley took to Twitter to share his feelings with friends, family, teammates and Ravens fans.

His tweet: “So many emotions running thru my head. I’m thankful for all the love and support. I hate feeling like i let my brothers down. What I do know is God doesn’t make mistakes and I’m grateful for the bad days just as much as the good. Just another challenge to overcome.”

After Stanley’s departure, Brown moved to left tackle and D.J. Fluker stepped in at right tackle for Baltimore. That’s likely how the Ravens will line up for the rest of the season, and they’re prepared to make the best of it.

“The guys that stepped in, they played very well,” coach John Harbaugh said. “Orlando played very well. ‘Fluke’ played very well. We’re very confident in those players going forward. That’s why they’re here, because they’re those kinds of players, and I know they’re going to play great football for the rest of the season.”

The Ravens (5-2) ran for 265 yards and Lamar Jackson passed for 208, but Baltimore’s mistakes were too tough to overcome against the unbeaten Steelers (7-0).

Jackson tried in vain to lead a last-minute comeback, but his pass into triple coverage fell incomplete in the end zone as the Steelers prevailed in a battle for first place in the AFC North.

It wasn’t difficult for Jackson to pinpoint what went wrong for the Ravens in the second half or why he struggled — throwing two interceptions and fumbling twice.

“The turnovers, I feel, is the reason we lost the game,” Jackson said. “I put that on me.”

So, reluctantly, did Harbaugh.

“That’s the difference in the game in some ways, obviously,” Harbaugh said. “We’re disappointed with that part of it. We’re very happy with other parts of it. Of course we’re not pleased with losing the turnover battle. That’s something that we always want to win.”

Losing at home is always tough to take. Losing at home against the Steelers makes it even tougher. But the teams meet against on Thanksgiving in Pittsburgh, and the Ravens are confident that much can change atop the AFC North between now and the end of the regular season.

“Put our head down and go to work,” defensive tackle Calais Campbell said. “It’s early in the season still. … Whole lot of football left to be played.”

The Pittsburgh Steelers rallied behind Ben Roethlisberger to remain the lone unbeaten team in the NFL, beating error-prone Lamar Jackson and the Baltimore Ravens 28-24 on Sunday in a duel for first place in the AFC North.

Roethlisberger threw a pair of second-half touchdown passes to bring Pittsburgh (7-0) back from a 10-point halftime deficit. After completing only four passes for 24 yards in the first half, the 38-year-old finished 21 for 32 for 182 yards.

Jackson threw two interceptions and lost two fumbles, turnovers that helped Pittsburgh stay within striking distance until its offense finally got on track.

The Steelers led 28-24 when the Ravens (5-2) faced a fourth-and-3 at the Pittsburgh 8 with 2 minutes left. Jackson ran a quarterback draw and lost the ball while being stopped short.

Baltimore got the ball back and moved to the Pittsburgh 23 before Jackson’s pass in the end zone was broken up on the final play.

Earlier, Robert Spillane took an interception back for a score to end Baltimore’s first possession; Jackson lost a fumble inside the Pittsburgh 5; and Alex Hightower set up a Steelers touchdown by picking off a pass on Baltimore’s initial offensive play of the second half.

The Steelers stretched their streak of games with at least one sack to 64, and Baltimore’s run of games with a takeaway reached 20 when Peters forced a fumble by Claypool in the first quarter.