Packers Defense Needs to Be Better 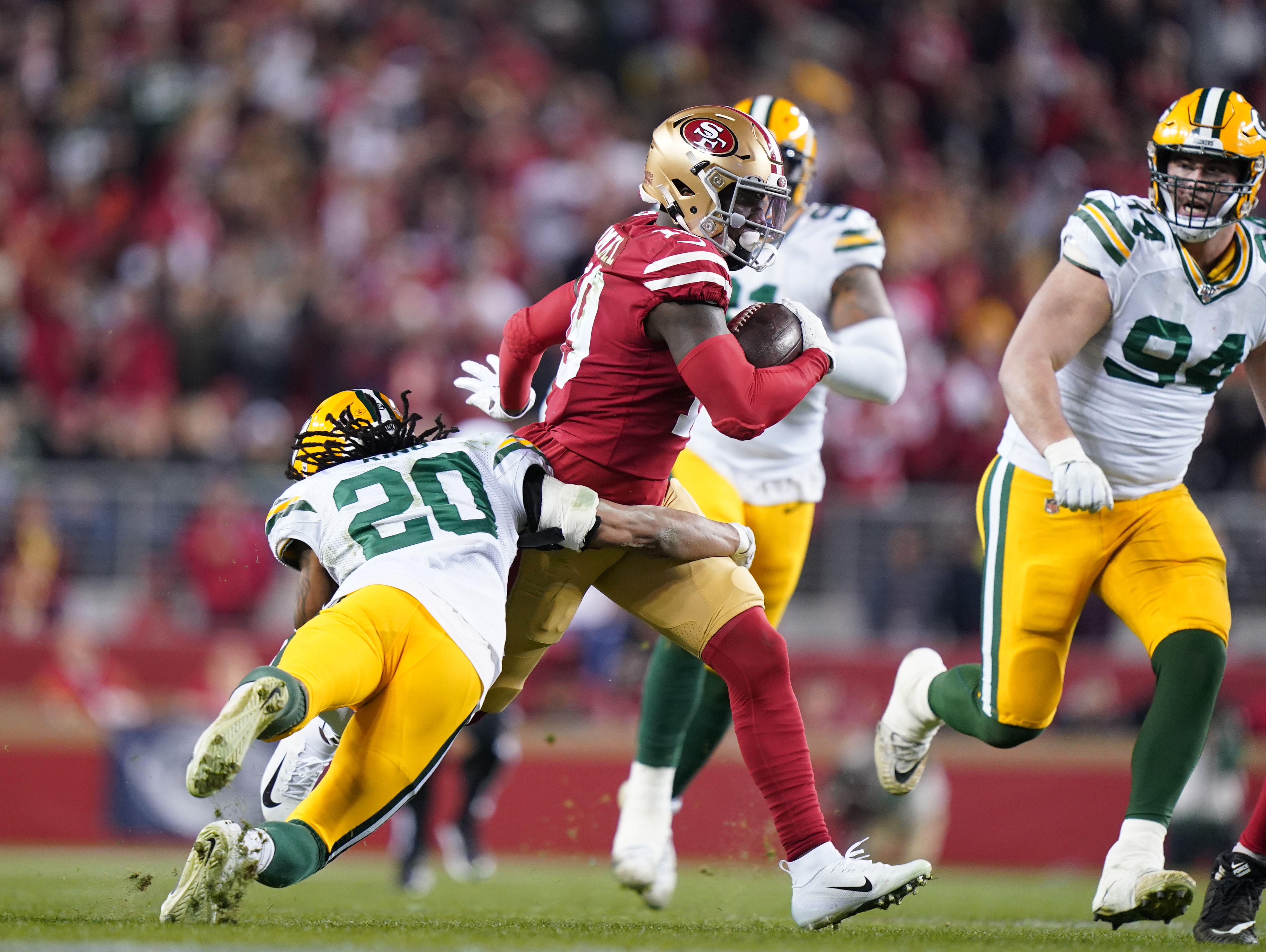 Packers Defense Needs to Be Better

The Green Bay Packers defense let the team down in their 28-22 loss to the Minnesota Vikings. For Packers fans, it was déjà vu all over again as Dalvin Cook ran right over the defense even though the Packers knew what the Vikings were going to do and yet they could not stop it.

Here are some of the similarities and differences between the defense’s play in 2019 and 2020 and why the defense needs to be better:

1. The Defense Is Causing Fewer Turnovers

Last year, the Packers defense was taking the ball away consistently and that made a big difference in several games. Through seven games last season, the Green Bay defense had caused 13 turnovers, five fumble recoveries and eight interceptions.

This year, the turnovers just haven’t been there. Through the first seven games, the Packers have forced only four total turnovers with two fumble recoveries and two interceptions. The team is still a plus-one in turnover differential because the Packers have only turned the ball over themselves three times.

Still, the big drop off in turnovers is a major concern, especially when the Packers face other contending teams in tough matchups.

While the sack numbers are down only slightly, the amount of pressure the Packers are getting on opposing quarterbacks this season is down considerably.

Many players are not matching last year’s pass rushing accomplishments. Za’Darius Smith is still getting his share of sacks, but he has not been as consistent at pressure. Preston Smith has only 0.5 sacks through seven games after finishing last year with 12 quarterback takedowns.

The other pass rushers besides the Smith Brothers have had a good game or two but have not provided consistent pressure on opposing quarterbacks. Rashan Gary had some good games early in the season but has not been consistent. Kingsley Keke had a two sack game against the Saints but has not provided much pass rush in other contests. The absence of Kenny Clark due to injury has also reduced the interior pass rush which has hurt the team’s ability to collapse the pocket.

If the Packers could get more pressure on opposing quarterbacks, they would force more turnovers and disrupt more drives and just force opposing offenses to punt.

3. Some Players Are Underachieving

Unfortunately for the Packers defense, some players are not living up to expectations this season. Some were expected to make a second or third-year leap while others were simply hoping to remain at the level they were playing at last season or somewhere close to it.

Safety Darnell Savage made the NFL All-Rookie Team last season and deserved the recognition after a solid rookie campaign. But instead of taking a step forward in his second season, Savage has struggled in 2020 against both the run and the pass. On too many occasions, he has taken poor tackling angles on running plays or has left his contain area and gotten beat on plays that then resulted in big gains on running plays. His pass coverage has not been good either.

The Packers signed free agent ILB Christian Kirksey to replace the departed Blake Martinez but Kirksey played poorly in the first three games before he got hurt. Like Martinez, Kirksey was making a lot of tackles but not many impact plays. He also took poor angles on running plays and had difficulty disengaging from blockers.

Kirksey hasn’t played in the last four games but he is practicing again. The Packers will need him to pick up his game when he does return to the lineup.

4. Injuries Have Hurt the Team

Injuries have hit all NFL teams in larger numbers this season likely due in large part to the lack of offseason activities, preseason games and a truncated training camp with less contact. Still, the Packers defense has been hurt by injuries a lot more this season than last when they stayed relatively healthy.

The Packers lost their best defensive lineman, Kenny Clark, in the Week 1 win in Minnesota. Clark did not play again until the game against the Bucs in Week 6 and he has yet to return to the dominant, Pro Bowl form he displayed a year ago.

Clark’s absence hurt the interior pass rush and hampered the run defense as well. Unfortunately, the Packers lack depth at this position and there is nobody else on the roster who even comes close to giving the team what a healthy Clark can provide.

Christian Kirksey is the team’s only experienced inside linebacker and he has been out of the lineup since he was injured in the Saints game. Ty Summers struggled when trying to replace him while rookies Krys Barnes and Kamal Martin have been inconsistent like most first-year players. They’ve shown flashes of potential but also make their share of rookie mistakes.

Cornerback Kevin King has also been in and out of the lineup because of injuries. In 2019, King led the team with five interceptions and played in 15 games, the most he played in his four-year career. This season, he has played in four total games. The Packers have missed King’s size, experience and big-play ability for three full games and parts of others. Josh Jackson has been inconsistent as his replacement.

Hybrid S/ILB Raven Greene has also been in and out of the lineup this season. Greene has missed two full games and parts of several others and has been slowed by an assortment of nagging injuries.

Defensive coordinator Mike Pettine likes to use Greene in the hybrid position in his dime packages. The Packers can play the run better while still putting six defensive backs on the field to still protect against the pass.

Other defensive players have also missed time due to injuries. Both linebacker Rashan Gary and safety Will Redmond have missed games or parts of games. The Packers have struggled to recover from these injuries and they have hurt the defense. Still, this is the NFL and “next man up” must be the answer.

The Packers defenders are missing too many tackles and taking poor angles to ball carriers on running plays. According to Pro Football Focus, the Packers missed 63 tackles through their first seven games this season. That is nine missed tackles per game, far too high a number for a contending team.

Yes, there was less practice time this offseason, but that was the same for all 32 NFL teams. The Packers knew this was an area they needed to address during the offseason, but whatever they did doesn’t seem to be having the desired effect. The Packers need to improve their tackling if they hope to be contenders in the NFC this year.

Last season, Green Bay struggled to defend the run, an area that Pettine admits is not his top priority. Last season, the Pack gave up 4.7-yards per carry which ranked them 26th in the league.

This year through seven games, the Packers are again giving up 4.7-yards per rush which ties them for 22nd in the league.

Again, the Packers run defense does not have to be outstanding, but in games like Week 8 against Minnesota when it’s windy and you know the Vikings have to run to move the football, the defense needs to step up and get the job done.

The defense looks very much the same as it a year ago when trying to stop the run and anybody who saw the way last season ended knows that just isn’t good enough.