Your Afternoon Dump... Where there's more smoke about Gordon Hayward opting out 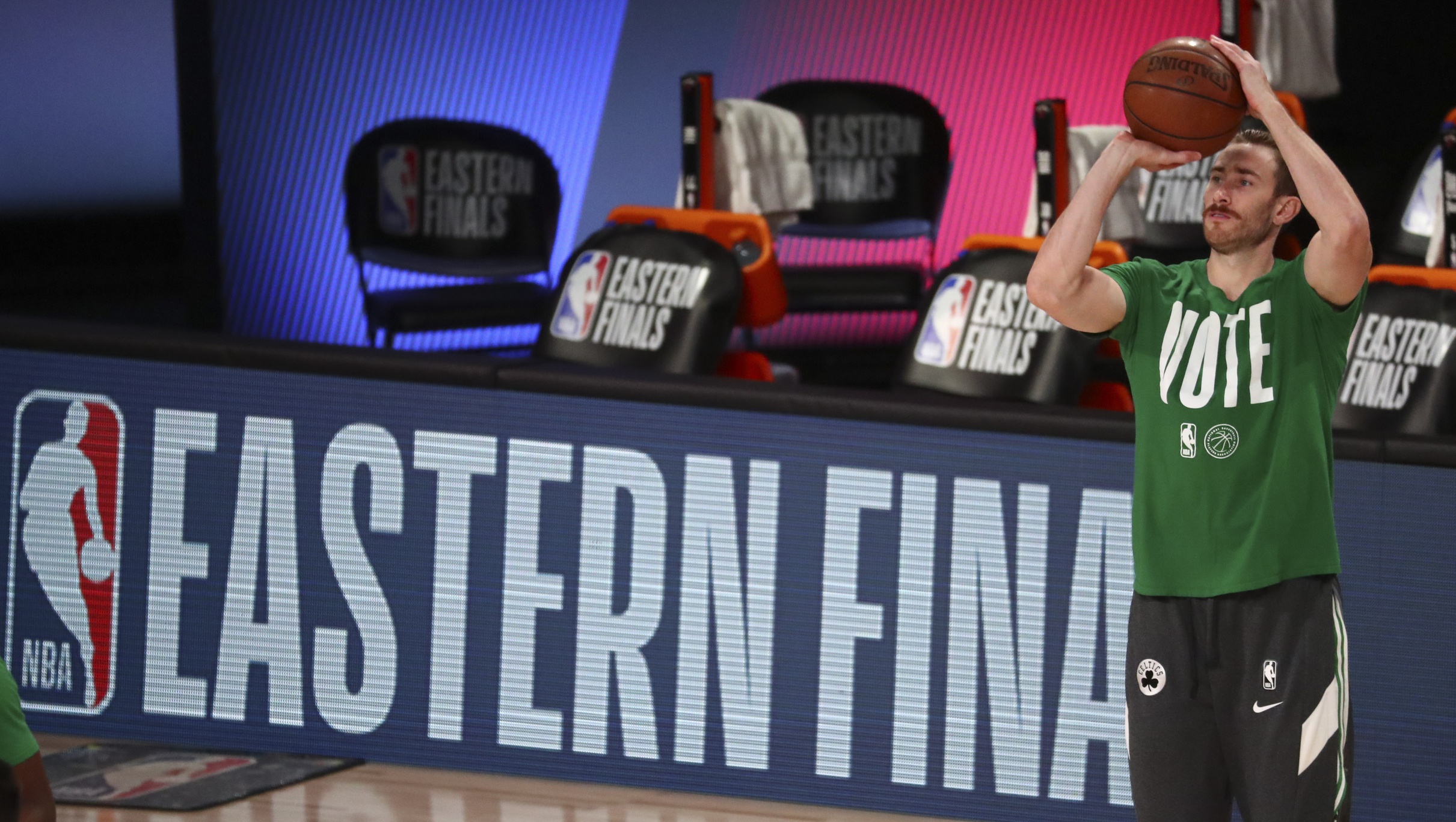 Your Afternoon Dump... Where there's more smoke about Gordon Hayward opting out

I’ve heard Gordon Hayward does want out, but I don’t know if he’s going to get the money… he’s not opting out of that huge number unless he knows he’s getting the deal. So that could be an Atlanta solution, even though it doesn’t make a ton of sense.

We continue to hear informed speculation that Gordon Hayward is interested in bypassing his $34 million option and testing free agency.

As John Karalis and Ryan Bernadoni have explained, that $34 million is kind of a fake number due to shrinking revenues. It may be financially prudent for Hayward to shorten up his number next year, in order to guarantee big numbers (likely unimpacted by COVID) in the future.

But what’s the market for Gordo? Russillo and Simmons speculate about Atlanta. The Knicks and Pistons are two other teams with cap space. None of those are win-now teams.

The only certainty is… the Celtics must receive something in return for Hayward. There’s needs to be a sign-and-trade because they are not able to use his salary slot to acquire new players.

In other news, Kevin O’Connor reports the Celtics are shopping all three of their 1st round picks:

League sources say both the Celtics and Magic are trying to move up into the mid-lottery using their own first-round picks, and the Wizards are angling to move up from no. 9. LaMelo Ball has reportedly struggled in workouts and interviews, and many league sources believe he could fall out of the top three. Some teams may prefer to play it safe, but if a player with Ball’s upside does slip, a bidding war could commence.

Again, it’s no secret that Danny Ainge does not want to use all three of his picks. There simply isn’t room on the roster for more young players.

I still think Hayward resigns with Boston on a longer-term deal. If he wants a change of scenery, perhaps a deal with Indiana for Myles Turner makes sense.

Mike Tyson knocked out Clifford Etienne inside a minute, yet his own career was ready to be put to sleep. No one knew that better than (…)