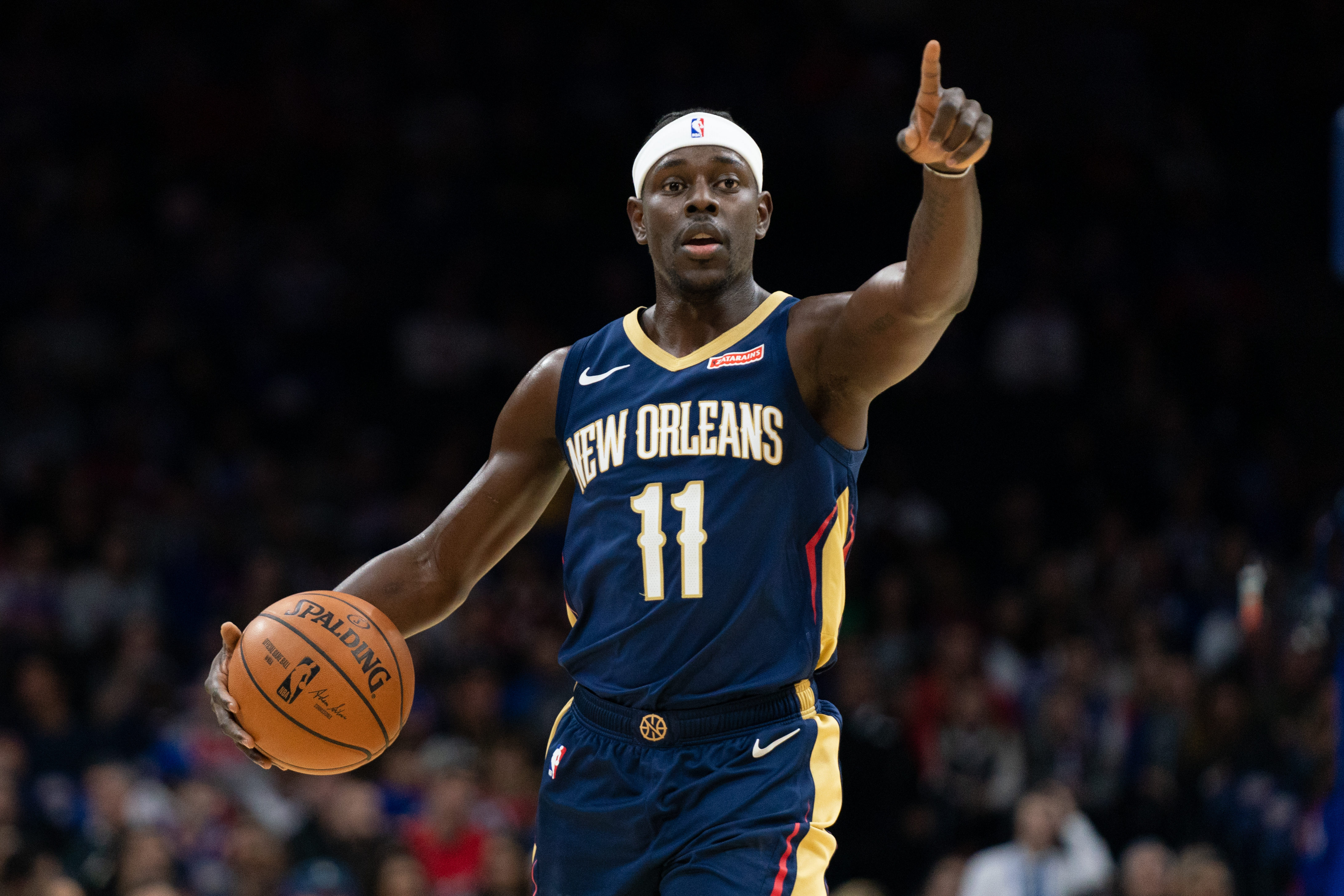 Jrue Holiday is no stranger to trade rumors. After all, the veteran guard has been reportedly on the New Orleans Pelicans’ trade block for the last couple of seasons. As the Pelicans build a young but talented team ahead of the 2020-2021 season, though, it’s unclear if New Orleans wants to hold onto the 30-year-old guard — or trade him for younger players or future assets.

On Wednesday, The Athletic’s NBA Insider Shams Charania reported the Pelicans “openly discussing” trades with several contending teams involving Holiday. A couple of months ago, ten teams were reportedly interested in Holiday, with one of those organizations being the Denver Nuggets.

It’s no surprise there are a handful of contenders looking to acquire the 11-year veteran, who is coming off of a season averaging 19 points-per-game in an average of 34 minutes of action. As we know, though, it takes two to trade. So with that said, are the Pelicans actually open to dishing out Holiday? Pelicans President David Griffin recently weighed in.

“When you read something like that, you think something must have happened, as though it was newsworthy that we were listening to trade discussions around a player. That’s our job. We’ve done it since I got here. We’ve had similar conversations at last year’s deadline. Nobody’s actively attempting to do anything different than we were before. We’re trying to build a team that can be highly competitive today and build towards a sustainable future.”

Do the Pelicans like having Holiday around? Absolutely. Griffin went on to explain how much Holiday means to the organization and the community. While it doesn’t sound like New Orleans is actively shopping Holiday around, it’s apparent the Pelicans are going to consider all options as they should.