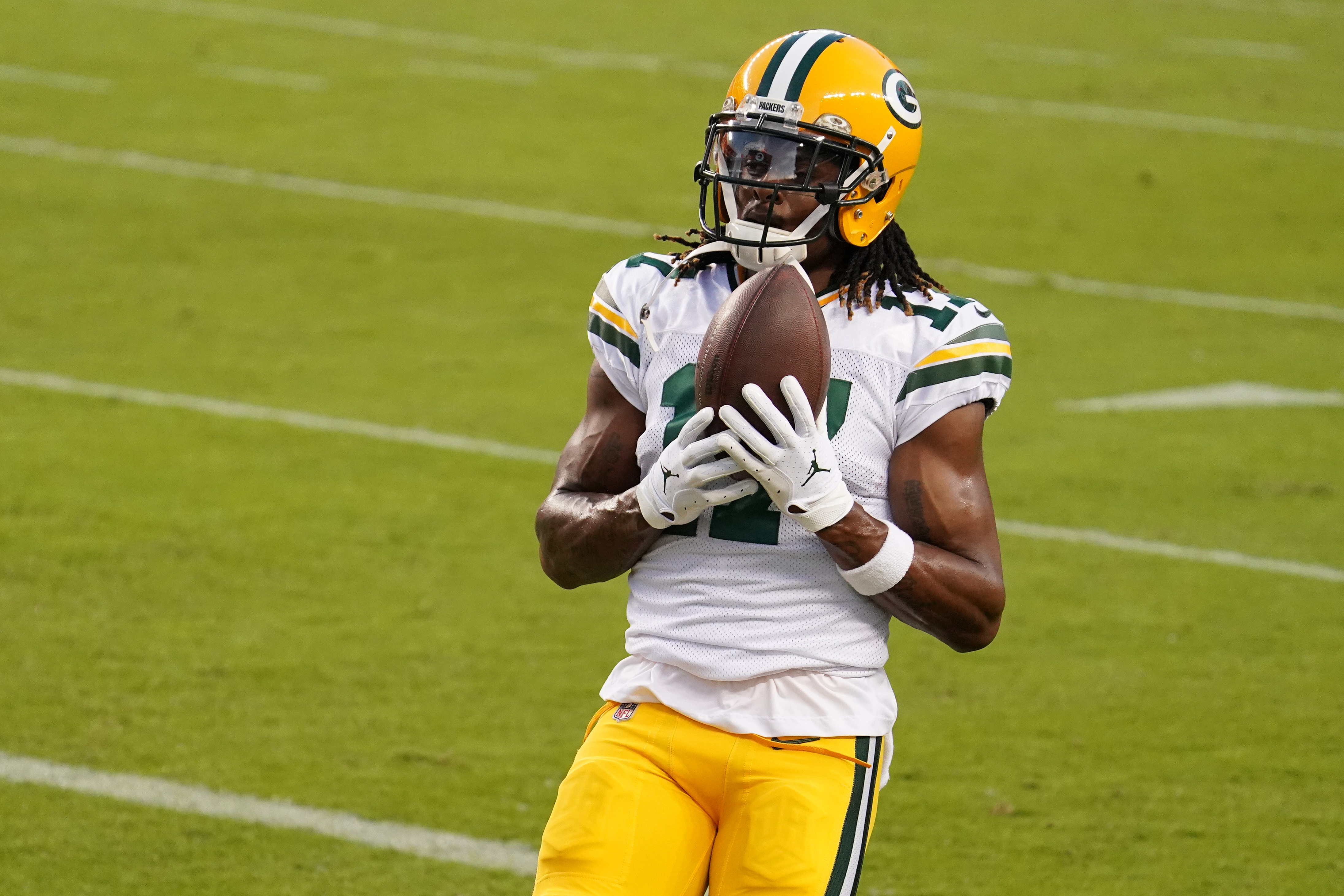 The Green Bay Packers took full advantage of a banged up San Francisco 49ers team and soundly thumped the Niners 34-17 in a game that wasn’t as close as the score.

Aaron Rodgers threw for 305 yards and four touchdown passes while Davante Adams made 10 catches for 173 yards and a touchdown to lead the Green Bay offense. The defense forced a pair of turnovers and didn’t give up a touchdown until the game was well out of reach.

The win improved the Packers record to 6-2 at the halfway mark of the season. Here are 10 things we learned from the Packers 34-17 win over the 49ers:

1. Aaron Rodgers Is Playing at an MVP Level

Rodgers was cool, confident and collected. He completed 25-of-31 passes for 305 yards and four touchdowns. That gave him a quarterback rating of 147.2 for the game. He has had a rating of more than 100 in seven of the team’s first eight games.

At the halfway mark of the season, Rodgers has 24 touchdowns and just two interceptions, which puts him on a pace for a career-high 48 touchdown tosses and just four picks. He is also on pace to throw for 4,506 yards for the season, the most he’s had in any season except his MVP year in 2011.

He threw the ball to eight different receivers and showed a lot of confidence in the pocket against San Francisco.

If Rodgers keeps playing like this, he gives the Packers a chance to win any game they play.

2. Davante Adams Is One of the Best WRs in the Game

Davante Adams continues to dominate and proves week in and week out that he is one of the best receivers in the game. Tae finished with 10 catches for 173 yards and an acrobatic touchdown that showcased his body control and his ability to get his feet in bounds and make a great catch.

In his last three games, Adams has made 30 catches for 422 yards and six touchdowns. When you consider the Packers lack of depth at wide receiver behind him, his performance is even more impressive.

Adams is playing at an All-Pro level and must be considered one of the best receivers in the game.

3. Aaron Jones Returned and it Mattered

Jones was expected to be a game-time decision but he played and he made a difference for the Packers offense especially early in the game.

Jones finished the game with 58 rushing yards on 15 carries and added five catches for another 21 yards. The Packers opened the game by getting the ball to Jones on the first four offensive plays of the game showing the 49ers defense that he was going to be a big part of their game plan. That inevitably helped the offense for the rest of the game.

Because the Packers were so thin at running back without Jamaal Williams and A.J. Dillon, they left Jones in the game for too long, risking further injury. Jones wasn’t dominant, but he played well and made the defense worry about him. Mission accomplished.

4. The Offensive Line Continues to Step Up

The Packers started the game without left tackle David Bakhtiari who was also a game-time decision but was ultimately held out. They opened with Billy Turner at left tackle and Rick Wagner at right tackle and the line was playing well.

But Wagner left the game early with an injury and once again, the line had to shuffle players around. Left guard Elgton Jenkins moved to left tackle, Turner moved to right tackle and rookie Jon Runyan stepped in at left guard.

Fortunately, the offense didn’t miss a beat. Rodgers was sacked only once all game and was rarely pressured. Even though the team was shorthanded at running back, there were enough holes for the runners to get through while the game was still competitive.

The offensive line showed toughness and versatility and continues to find ways to get the job done.

5. The Defense Got Pressure and Caused Turnovers

Packers defense only came up with one sack officially, but they got more pressure on Nick Mullens and forced him into several rushed throws.

Preston Smith showed flashes of returning to form last week but was still inconsistent. This week, he stepped up his game and had two quarterback hits and a few key tackles. Preston also pressured Mullens on the Raven Greene interception which was a key play in the first half.

Za’Darius Smith made a key sack, forced a fumble and recovered a fumble all on the same play. That set up the Packers their fourth touchdown of the game and all but put the game out of reach for San Francisco in the third quarter.

The defense got pressure and caused two turnovers. Those were good signs for the defense and something they have not accomplished enough this season.

6. MVS Continues to Be Inconsistent

Marquez Valdes-Scantling continued to show why he can be so frustrating and why the Packers haven’t given up on him just yet.

The Packers need more consistency from their secondary wide receivers. MVS hasn’t delivered that yet, but he is still showing flashes of ability that he needs to show more often.

The Packers entered the game with a lot of injuries and just added to it during the 49ers game. In addition to Wagner, the Packers lost CB Jaire Alexander to a possible concussion. Alexander wasn’t needed so much this week with San Francisco so depleted at wide receiver, but the Packers will need their top cover corner throughout the season, especially against better passing teams.

RB Dexter Williams also left the game with an injury. That was a shame because he could have had a lot more work with Jones limited and Dillon and Jamaal Williams on the Covid-19 reserve list. He managed two carries for eight yards before having to leave the game.

Krys Barnes also left the game early, leaving the Packers thin at ILB since Kamal Martin was already unavailable. Ty Summers stepped in and four tackles in the game. Oren Burks also saw more playing time and was in on five total stops.

The Packers are hoping Martin and maybe Christian Kirksey will be returning soon. They will need some healthy players at ILB moving forward.

8. The Run Defense Was Effective

Yes, the 49ers were shorthanded at running back and they fell behind early in the game so you have to take these statistics with a grain of salt, but the Packers run defense was effective in this game.

The 49ers gained only 55 yards rushing in this game and averaged just 3.2-yards per attempt in the game. Their longest run went for 11 yards. This is a far cry from last year’s NFC Championship Game when San Francisco ran right over the Packers defense.

9. Mason Crosby and J.K. Scott Continue to Get the Job Done

Green Bay’s kicker and punter continue to play well. Crosby hit both of his field goals and remains perfect for the season at the halfway mark. He also hit all four of his extra points despite playing with injuries that have the Packers trying out kickers every week just in case Crosby can’t go on game day.

Meanwhile, Scott averaged 51.3-yards per punt and continues to get the job done on kickoffs. He has taken over kickoff duties since Crosby has been injured and he’s done a good job of forcing returns on squib kicks and kickoffs that are fielded just around the goal line.

10. The Packers Got Better Safety Play

The Packers have gotten inconsistent play from their safeties this season but both Adrian Amos and Darnell Savage played better against the 49ers than they did most of this season.

This is an encouraging sign for the Green Bay secondary. Savage had a good chance at an interception and made a good stop on a running play while Amos led the Packers with five total tackles and had a better game than he has in recent weeks.

The Packers needed better play from their safeties and they got it this week.