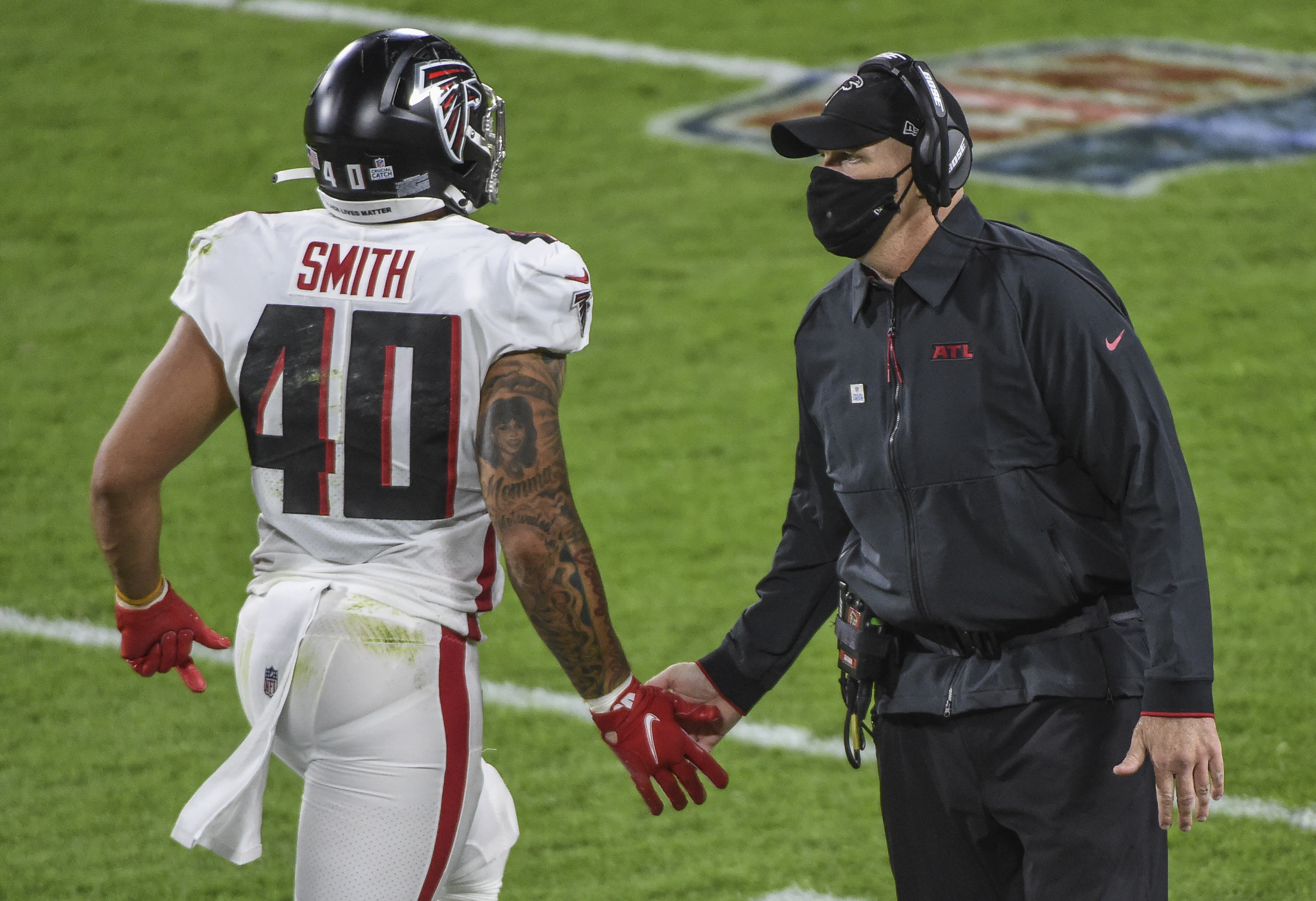 Athletes tend to eat healthier these days, but that’s not necessarily true across the board.

Everyone remembers when Antonio Cromartie and some of his then-Jets teammates were seen eating McDonald’s hamburgers on the field during a preseason scrimmage roughly a decade ago, in footage aired on HBO’s “Hard Knocks,” as fast food isn’t seen as fuel. Nowadays, though, teams have nutritionists and dietitians on staff, and players can’t get away with eating garbage on and off the field.

And while Chipotle isn’t necessarily considered to be fast food, as it isn’t fried in oil, it’s not necessarily the healthiest thing in the world, either. Well, Falcons linebacker Keith Smith doesn’t seem to mind, as he recently revealed he eats Chipotle “four or five” times a day.

What is @K_SMITH31's diet secret? @ChipotleTweets all day every day🌯🌮

Smith weighs roughly 240 pounds, and we’re surprised he’s not heavier. Good for him.