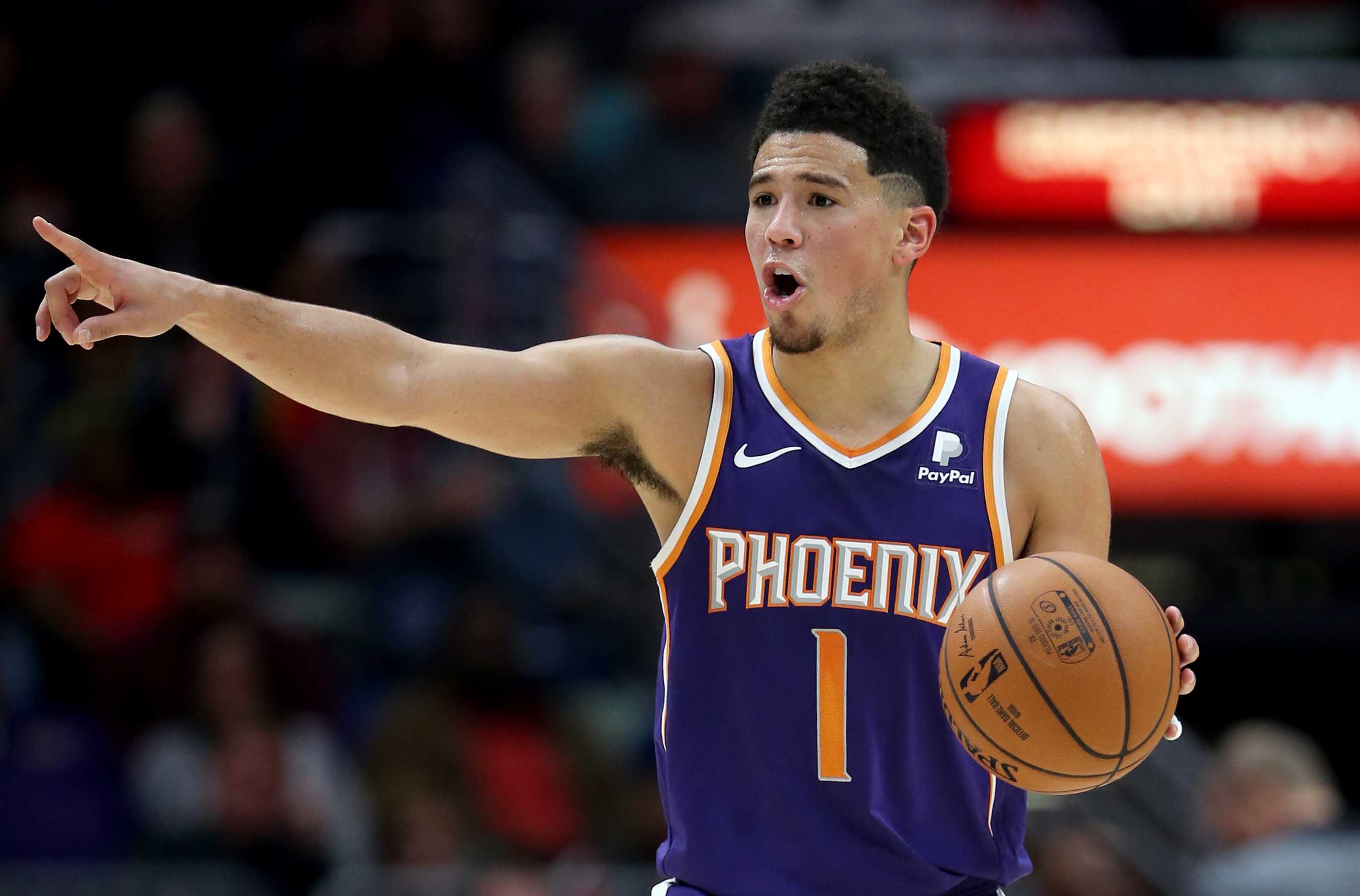 Does Devin Booker want out of Phoenix? A league executive says there’s no truth to that belief.

With the NBA trade market opening up later this month, the rumors started to fly around regarding several players. Earlier this week, some smoke surrounded Phoenix Suns superstar guard Devin Booker.

Ryen Russillo of The Ringer mentioned that Devin Booker wanting out of Phoenix, is the NBA’s “worst kept secret.” Now, anonymous NBA executives are debunking that theory as the rumors get louder.

“There’s no truth to Booker wanting out of Phoenix,” Michael Scotto of HoopsHype reports on Friday. According to several anonymous league executives, nobody within front offices around the NBA truly believes that Booker will be going anywhere anytime soon.

“He has no leverage,” one Eastern Conference executive told HoopsHype. “He’s locked up for four more years. There is no way for him to demand a trade with that much time left on his contract.”

“I don’t get how he has any leverage on his deal, and they played well in the bubble,” another Eastern Conference executive added. “I don’t think they’ll move him.”

Booker inked a five-year deal with the Suns worth over $150 million ahead of the 2019-2020 NBA season. While inking a long-term contract in the NBA doesn’t necessarily guarantee loyalty from an organization, it seems the Suns are hardly interested in negotiating any trades involving Booker.

And why would they? Despite being a disappointing team throughout Booker’s era, which began in 2015, the young guard is easily one of the best young players in the game.

Booker has averaged 22 points-per-game throughout his first five seasons and has put up over 25 points-per-game over the last two years. While Phoenix could get a ton in return by trading the 24-year-old star, they don’t really have any reason to trade him as he’s the face of their franchise.