Steve Cohen Had A Busy First Couple Of Hours 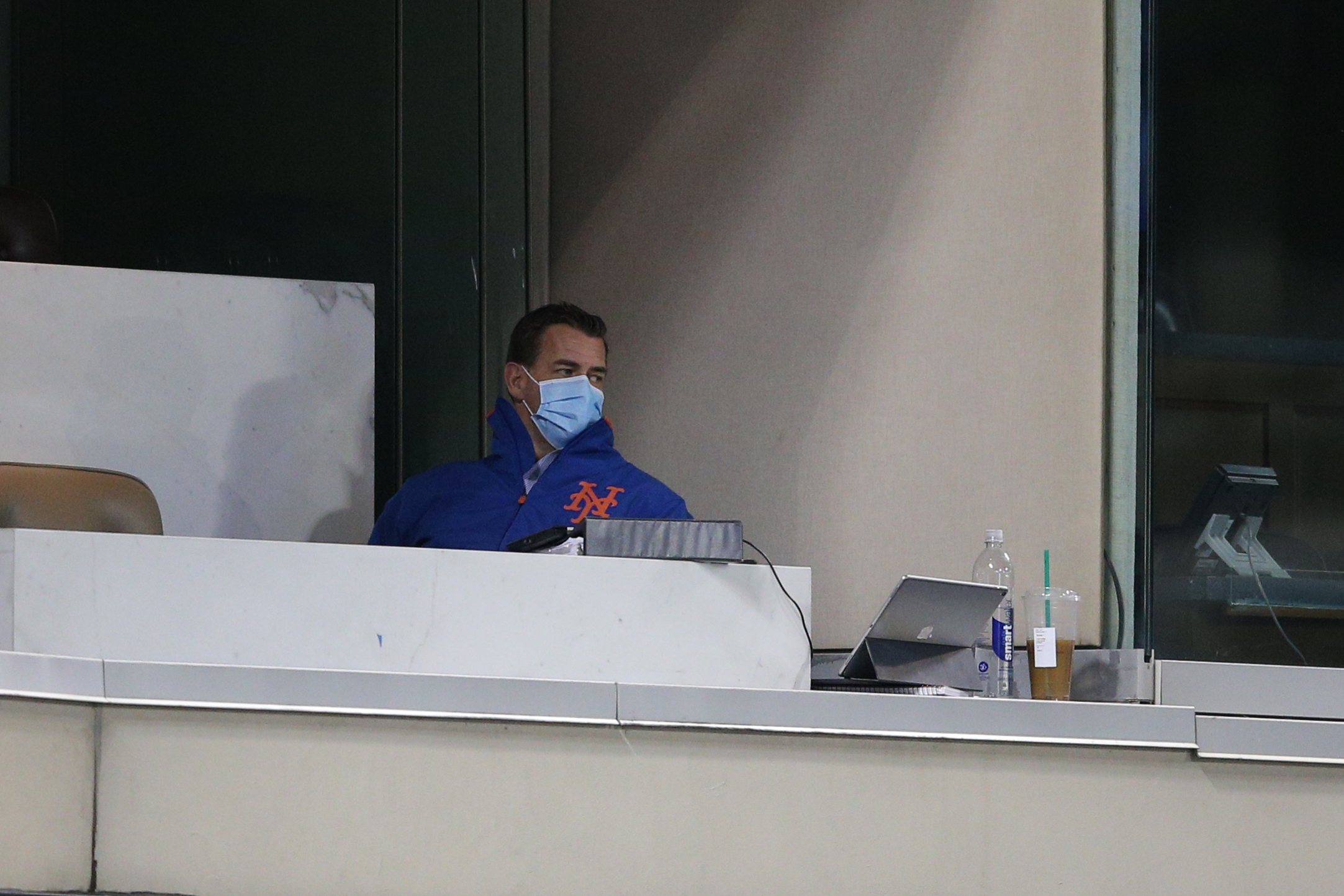 Steve Cohen Had A Busy First Couple Of Hours

At about 1:30 today, the sale of the Mets became official-official.

The Mets' sale from the Wilpon family to Steve Cohen is official, Cohen writes on Twitter.

After 19 seasons, the Mets have a new principal owner.

So then the question became: “What would happen to the baseball leadership now that Stevie and Sandy Alderson were in place?” Well, in a refreshing change of philosophy from this team, we found out almost instantaneously:

Brodie Van Wagenen and his inner circle are gone. pic.twitter.com/pzyCOS14wB 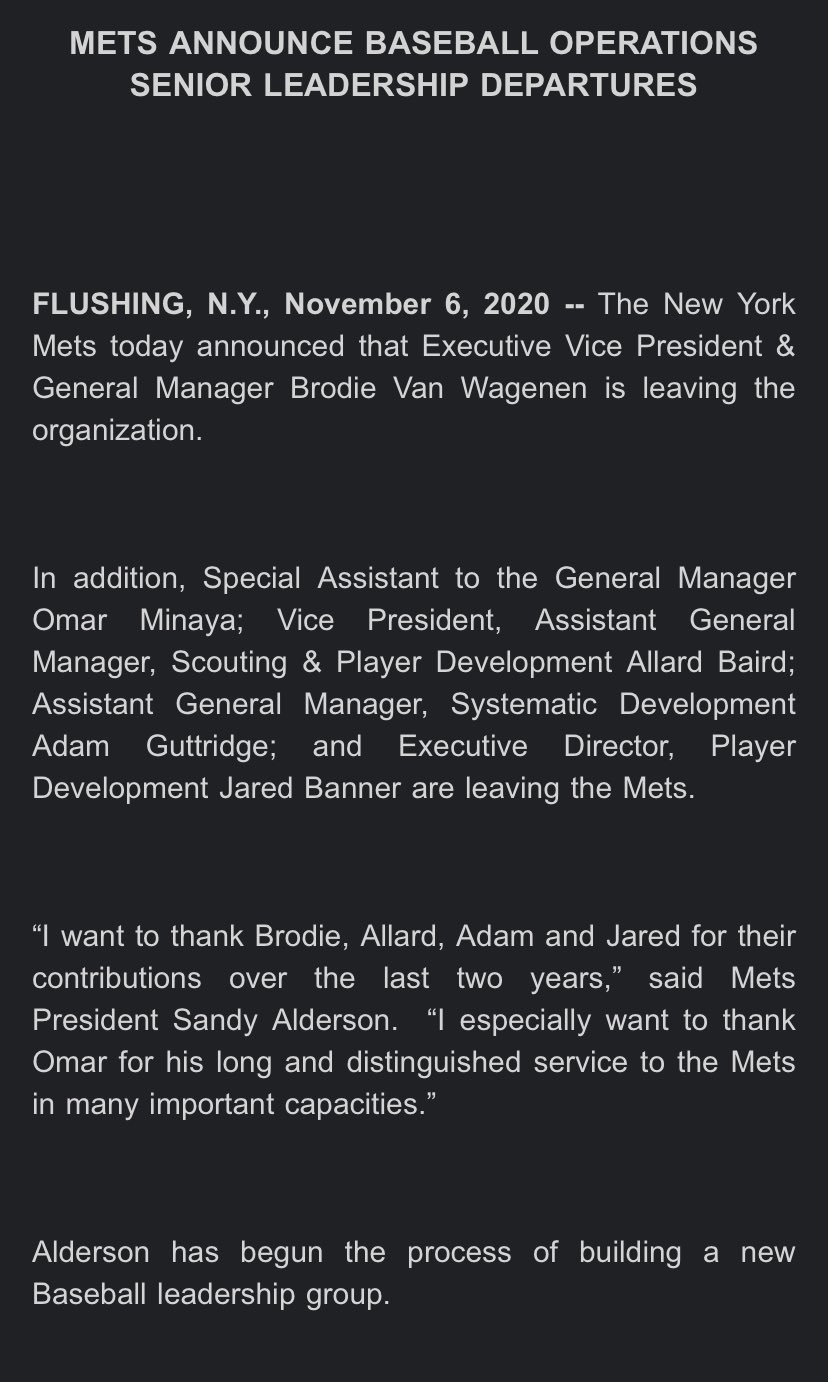 First off, did we just witness swift, decisive leadership? Even with the caveat that Cohen had a few months to think about this … holy crap, this level of decisiveness has long been absent from this organization. Obviously, Sandy has his own people he wants to have in place, and he’s actually going to run the Mets in his own image and not with the spector of Jeffy hanging over his shoulder.

Second: Damn right you should especially thank Omar. Although I’m still upset about the Darren O’Day fiasco in 2009, Omar is a good baseball man and may he land in a place where he can sign large, hysterical contracts in the future. Good luck to a Newtown Pioneer from ten years before me.

Third: Look, I’m not a Brodie guy, and I feel he had to go. So anything I’m about to say in this stead comes from that perspective. Brodie Van Wagenen, whether he, or you like it or not, will be defined by the Edwin Diaz trade from now until he gets another GM job to rebuild his resume.

When it comes to the Cano/Diaz trade, I’m a process guy and not a results guy. Diaz had a very good year in 2020 and I kinda felt he got a little too much blame, while Cano has been fine, and we all kinda thought that Cano would have a good couple of years and he’s kinda had one and a half, so there’s that. But I’ll never like the process of trading a top prospect that early in his development for a closer and an aging player, no matter what kind of success that Cano and Diaz have going forward. 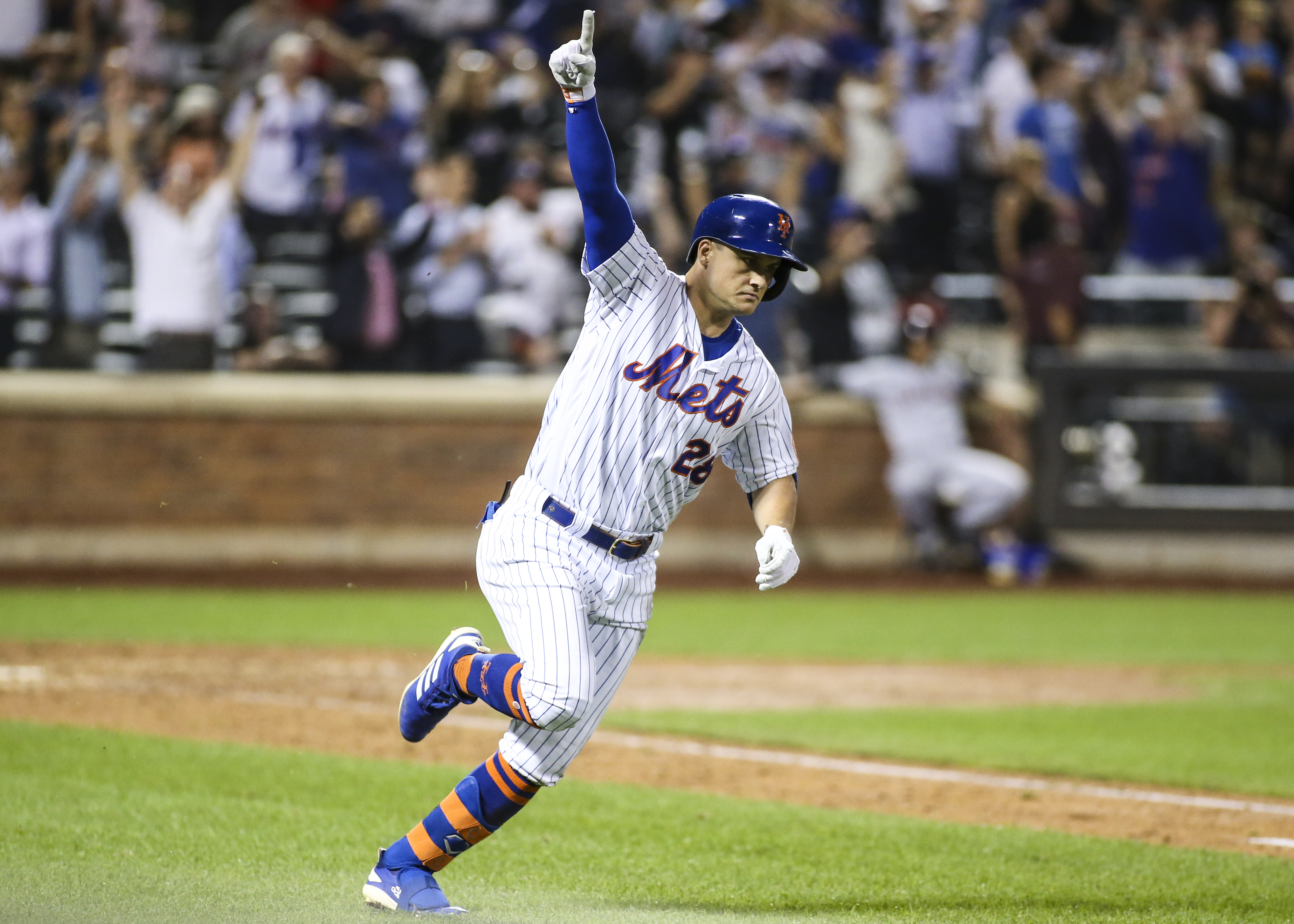 And I also think that while there were some things he got right (Alonso’s call up and the trade for J.D. Davis), it seemed like it was a part of throwing spaghetti against the wall, as Davis came as part of a slew of moves that didn’t work, like Billy Hamilton, Jake Marisnick, and Keon Broxton. He completely wrecked the farm system before he tried to rebuild it with his own stamp, most notably Brett Baty and Matt Allan, which may be his enduring legacy here if they work out as well as he thinks they will work out. Just as Brodie made the mistake of being a little too cavalier with pieces in the organization that were drafted by Sandy Alderson, I hope that Baty and Allan are handled the right way going forward by Alderson, and not just traded for dishrags because they weren’t his guys.

The one thing I will say is that there’s a small part of me that will wonder what kind of job Brodie would have done if he wasn’t taking direct orders from Jeffy. Omar actually convinced Jeffy to spend money. Sandy was more MLB’s hire than that of the Wilpons. But Brodie was Jeffy’s one true hire, and I’m sure he was hired because he put forth a vision that matched what Jeffy wanted to do anyway. So in truth, while I thought Brodie’s tenure was a failure, he was a direct manifestation of Jeffy and that’s why it didn’t work. As always, all roads lead to Jeffy and him being gone (for the most part) is the singular greatest thing to happen to this organization. Everybody else was necessary collateral damage … yes, even Omar.

If nothing else, Brodie proved himself to be a kind man (donating his 2020 salary to charities to help front line workers) and a man with common sense (re: the video where he rightly blasted the “one hour protest”.) But we all deserve an experienced baseball person in charge and not an experiment, which Brodie was. I wish Brodie well, but we deserve better. We deserve better than throwing spaghetti against the wall, which is what Jeffy did when he hired Brodie, and what Brodie did in many of his transactions. We deserve leadership that’s at least commensurate with what the rest of the league has. That, along with Cohen’s financial backing, is something I’ll take my chances with going forward.

I can’t wait for the next two hours.