It’s Raider week, even though it doesn’t feel like it.  If the Chargers were playing better, I am sure I’d put more into football right now.  But obviously, it’s not something I can control.  The same can be said for elections, but at least I can vote in those.  If I had any influence whatsoever in what the Chargers did on the field, I think they’d have played at least a little better.  I will say that I did have to laugh with all the jokes Tuesday night that if you could call election in the 3rd quarter, we’d be undefeated.  This team has been indefensible this season, expect on the field.  As I watched last Sunday, I thought to myself that maybe we wouldn’t be a last place team if we beat Denver.  That’s about all you could say had they won.  But they have proven to not even be that.  I rarely quote Deadspin, especially after their relentless clowning of Rivers over the years.  But their take that Drew Lock will be a backup on numerous teams despite the way the Chargers made him look is spot on. 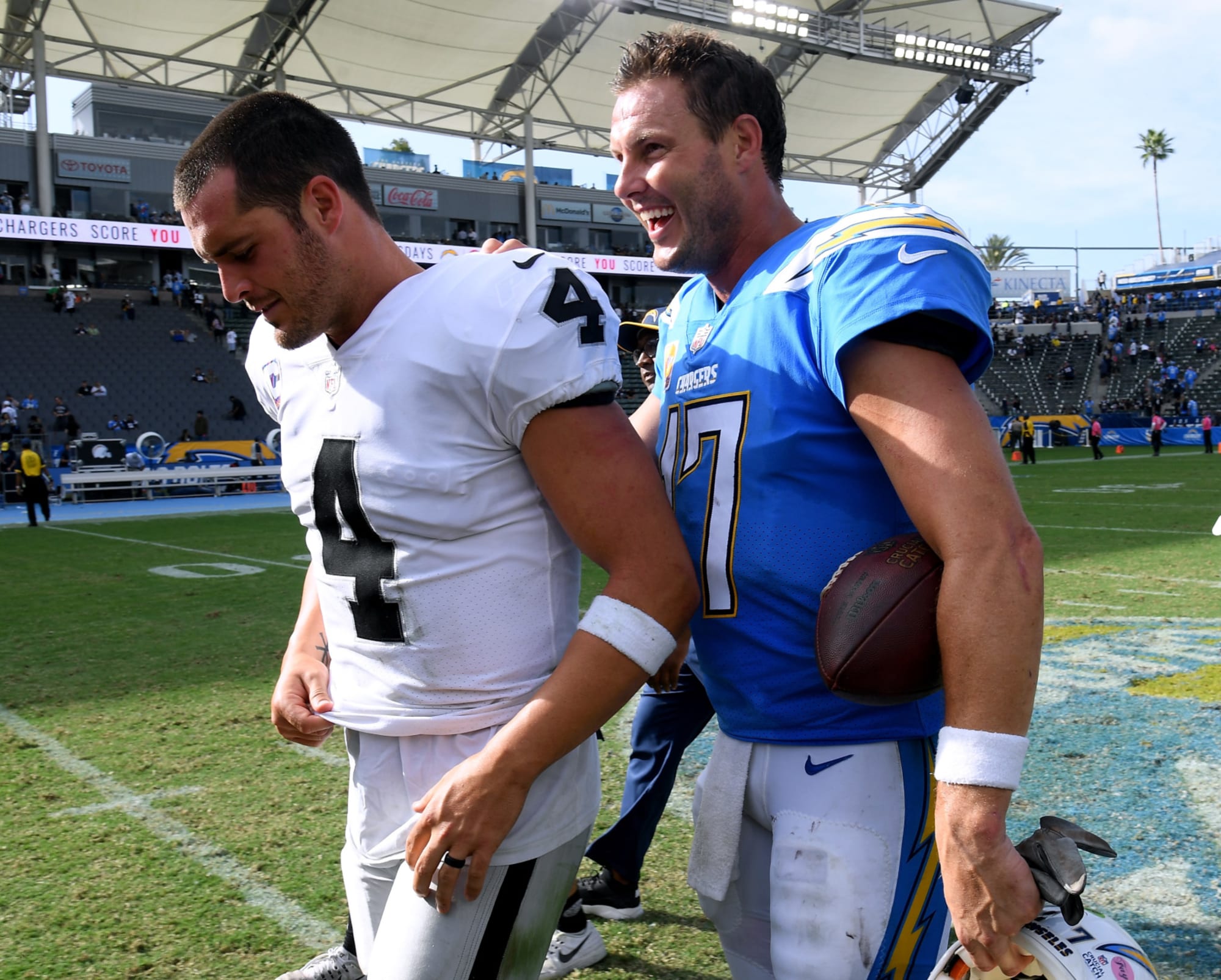 It doesn’t matter who they are playing against or how many points they are up.  Sure, we can look at the interception in the end zone and say that if they had scored a touchdown they would have won.  But there is no reason to think that they would have held on.  Seriously, they have folded in every spot this season.  Yes, the Bengals missed a chip shot.  Against the JAGUARS, Herbert carried them to victory.  But in every other situation where they had to stand up and put the other team down they have wilted.  It seems like ages ago that this team was on Hard Knocks.  When you saw Justin Herbert put that ball into the net, could you have ever imagined that he’d play this well this soon?  Yet they have been awful in every other way.  Sure, some calls may have gone against them.  But that is what happens when you are a bad team.  You don’t get the benefit of the doubt.  Each week, there is a new loser of the week.  It’s nice that we made field goals in Denver, though I assume the altitude helps with that.  Anthony Lynn said in the aforementioned Hard Knocks that he wanted a tough ass football team.  He also said that he wanted the defense to be able to close out games.  Neither of those has even remotely happened.  When pressed this week with his historically bad record holding leads, he said he’s an offensive coach.  Really?  As far as I know he doesn’t call plays.  Gus Bradley is long overdue to be fired.  Injuries don’t excuse it.  George Stewart is even more past the stage of needing to be let go.  If there were fans in the stands, would there be more pressure on them to produce?  Are they getting a pass because of that and all the injuries?  They shouldn’t because I will never be convinced that we’ll be healthy next year. 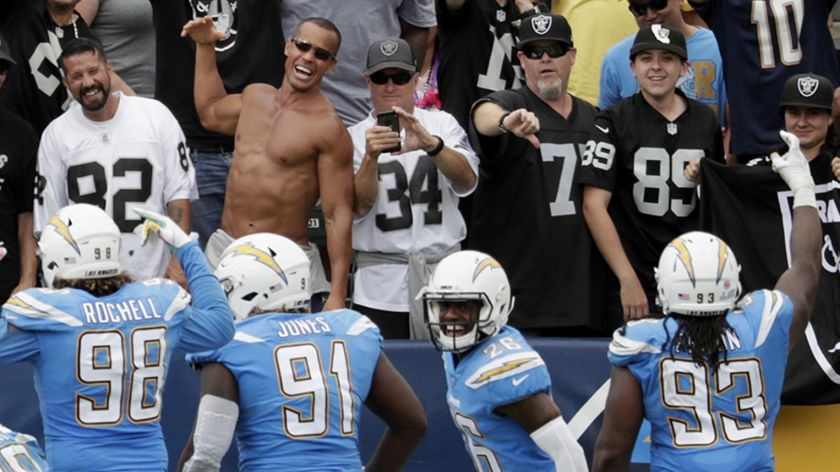 Coaching in football is weird.  Andy Reid was seen as a guy who couldn’t manage the clock in big games until he got a “generational” talent who allowed him to grow some balls.  I don’t see the Chargers making a change this year and that’s sad.  We all laughed at Gruden being past his prime a few years back.  In his first two years, it looked like he didn’t even give a shit.  Now they’re playing way better than we are.  It hurts to say that and what happens tomorrow probably won’t matter in the long run.  This team isn’t making the playoffs no matter how many extra teams they add.  They don’t deserve to.  Right now, they are the same old bolts of McCoy, Norv, and yes sometimes Marty.  Desmond King wouldn’t be affordable next season.  We should give money to Ingram and Henry?  Even if that is already decided there had to be a better way to handle that.  I don’t give a shit how many times he was late.  He called out the coaching staff?  So fucking what.  They deserve it.  Right now they are at Jeff Fisher level ineptitude.  Jeff Fisher also reached a Super Bowl even if his team was dirty as fuck.  These guys have done nothing to get this kind of leeway.  If you get blown out, you can say that lack of talent or injuries are an excuse.  But they have had the chance to win every game, which is nothing new.  But the fact that they have failed every time is all that matters.  If King or Rivers excels elsewhere it doesn’t mean they should have been kept.  Rivers did more than his share to give us the 6th pick.  Herbert has been a godsend, but what kind of confidence is he going to have after watching this team fall apart every week.  Bosa has a concussion, but I’d rather have him under contract than healthy with another team.  I know, I am a spiteful guy.  Allen may be out also.  It doesn’t matter.  This ship is beyond sinking.  I hate writing it, but I hate more that it’s true.  After that pass interference penalty, I simply walked towards the door and listened.  I did watch the field goals, but I didn’t even think I needed to witness the final play.  All I heard was the delay, the cheer, the description of the one ref calling it incomplete, and the realization that they let Drew Lock dance on them just as they let Ellis Hobbs celebrate on 1/14/07. 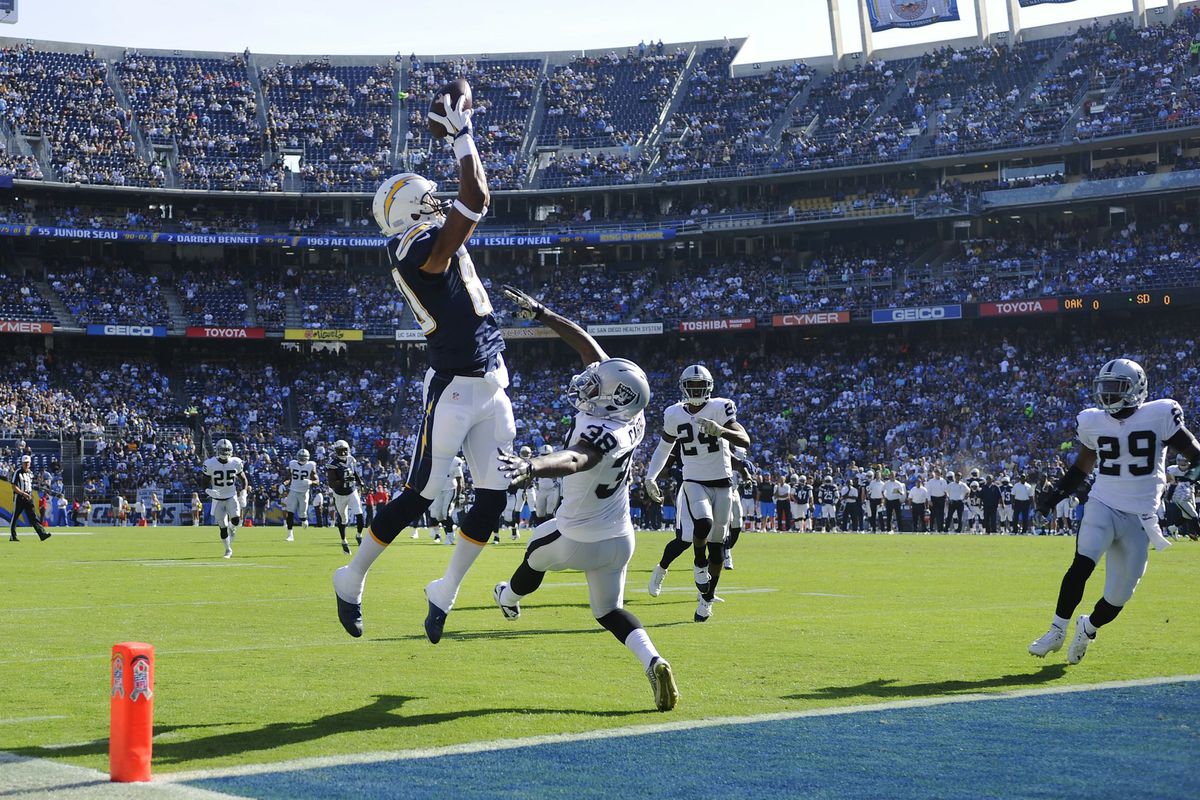 Hayward may also be out?  It doesn’t matter who is out there.  This team has shit its season away.  As Tuesday night unfolded, I realized I felt exactly as I do every Sunday this year.  Forget your political leanings for a moment.  Forget Red and Blue.  Just stick to what you believe is provable and be open to others’ perspectives.  But while Tuesday night turned to Wednesday and the efforts and strength of some people turned the tide, we see nothing like that from the Chargers.  That’s the worst thing you can say about a team.  Every time they need to make it happen when it matters, they don’t.  That doesn’t mean it doesn’t occasionally work out for them, but they have collapsed at a historically bad rate.  Tomorrow they play the Raiders and of course I’ll root for them to win.  If this was a year where tanking would get us the qb we needed (like last year) I might not be able to say that.  But this team has fucked itself in the worst way this season.  The injuries don’t excuse it.  I don’t know if COVID, along with those injuries, has lowered their expectations.  I have no faith that they will make themselves more accountable in 2021.  They are the only team I am ever going to root for, but I don’t need to be happy about it.

But hey, it’s only football.  Right?