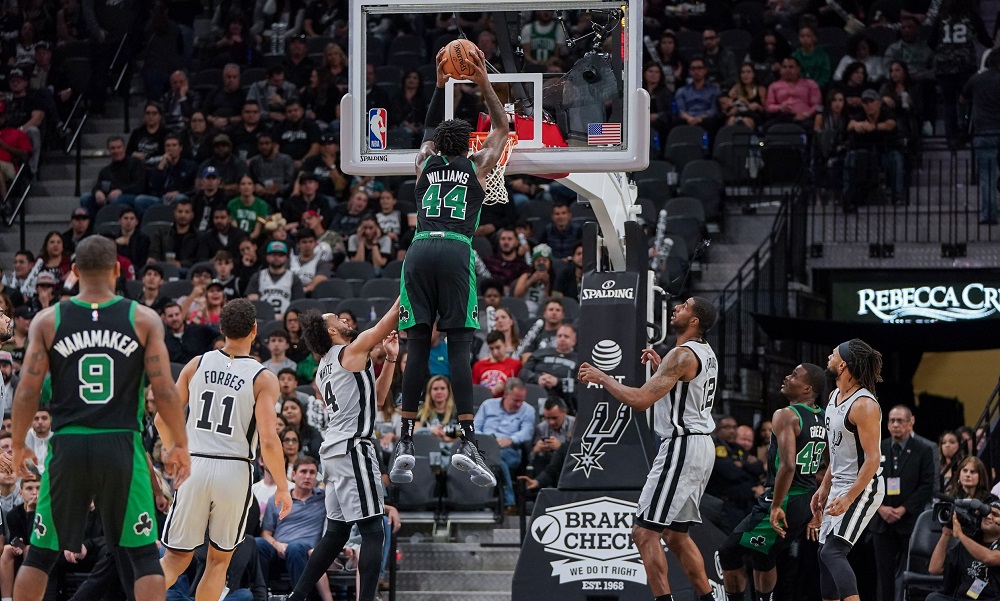 Yesterday, Rich Jensen wrote in depth about the December 22 season opener, and we have some new details today.

The Boston Celtics could be back playing games that matter in as little as 46 days after the players voted in favor Thursday of starting a 72-game season on Dec. 22.

With only 25 days until training camps could open, Celtics president of basketball operations Danny Ainge and his staff have an entire summer’s worth of work to cram into the next three weeks.

The Celtics could have an advantage over some rivals at the start of the year if they bring back their core from last season and focus on improving on the margins. But there’s still a lot of tough decisions ahead and limited resources to improve this team.

The December opening replaced an original plan to begin the season in mid-January, which would’ve allowed players more offseason rest. But getting started ASAP is all about money, of course.

The league and players are still negotiating financial terms of an amended collective bargaining agreement, and those talks are expected to extend into next week, sources said. Once a formal agreement is reached, the league will lift a moratorium and reopen the league for business on trades prior to the draft.

The league believes that a Dec. 22 start that includes Christmas Day games on television and allows for a 72-game schedule that finishes before the Summer Olympics in July is worth between $500 million and $1 billion in short- and long-term revenues to the league and the players, sources said.

Tasks before the opener: creating roster space, improving the bench and finding another big man. Every Celts fan would be thrilled to get Aron Baynes to come back as a free agent (we’ve missed All of Australia’s game and personality), but Forsberg also offered another possibility: Harry Giles.

The slightly more intriguing option is Giles, a 22-year-old whose progress has been hindered by injuries. Giles has low-risk, high-reward potential and his passing skills alone could make him a Brad Stevens favorite.

Then there’s this: Giles is one of Jayson Tatum’s best friends. There’s something to be said for keeping the face of your franchise happy before he inks his long-term extension.

Hell yeah, Tatum must be signed for as long as legally possible. We don’t need any stress about where he’ll spend his future.

All these things will have to be done quickly. Deadlines are looming.

Dates still haven’t been set for the beginning of free agency and lifting the trade moratorium, but those are expected in the coming days, as the NBA Draft is now less than two weeks away.

We’re still waiting to hear Gordon Hayward’s decision about staying for his option year, or not. The deadline isn’t known yet, but it will certainly need to happen before the free agency period begins. Stay tuned.

Q: Is it realistic to think someone will trade down for Boston’s 3 picks? If so, which teams are candidates?

A: Personally, I don’t think so. We already know teams have rebuffed the Celtics in their pursuit of a higher pick, and I don’t imagine opposing GMs will suddenly want to do Ainge a favor as the draft approaches. Opposing teams might appreciate having the Celtics’ three-pick package as leverage in other discussions, even if they have no intention of taking it.

Still, it’s possible a team changes course. Any talk of “which teams are candidates?” is baseless speculation, so let’s get into it! To me, the most likely candidates are the Detroit Pistons and New York Knicks at No. 7 and 8 (the Pistons are reportedly intrigued by LaMelo Ball, but I don’t see him sliding that far). Both need a lot of solid players. Both could benefit from multiple bites at the apple this season, and both could reasonably look at their draft position and see little drop off between the quality of player available at 7/8 and 14. For the Celtics, the move consolidates talent and opens them up to a wider variety of options, even if the talent level isn’t strikingly different, and it puts them in striking distance of a couple really good young prospects.

I still doubt the Celtics will find a way to move up using picks, but those would be my two most likely options.

MassLive: Boston Celtics mailbag: Trading up for Onyeka Okongwu or Killian Hayes, who to pick at No. 14 & more (paywall for this article)

Have to agree with Tom Westerholm that this probably won’t happen. In a superstar-driven league, lottery picks are treasured. Trading down is not the way to find a young stud who can help win games and sell tickets. Thus, it’s difficult to persuade teams to accept quantity in exchange for quality.

Besides, in any circumstance, dealing away a top-10 first-rounder is risky. NBA history is filled with examples; here are two that benefitted the Lakers.

The Clippers and Sixers:

The Pistons and Knicks don’t want to end up on this list, so unless the Celtics overpay by adding a player, the 3-for-1 trade probably doesn’t happen. What’s more likely is Danny Ainge keeps no. 14 and uses picks 26 and 30 to sweeten any prospective deal for veteran bench help.

Although with Danny, we never know.

And, finally… Dino in the news

If you followed the Celtics in the 1990s, you know one of the few bright spots was the play of Dino Radja, the Croatian forward who averaged 16.7 points and 8.4 rebounds over four seasons in Boston. Dino, who is a Basketball Hall of Fame inductee for his stellar international career, was in the news twice this week. First:

Radja played against Bulls star Michael Jordan five times during his NBA stint (Jordan was retired for a year-plus of Radja’s four-year career) and certainly got an eyeful. Jordan’s Bulls beat the Celtics in all five games Radja saw him, by an average of 15.6 points. Jordan averaged 25.8 points in those games.

Thus he has a strong opinion about which NBA star is better, LeBron James or Michael Jordan. In fact, he said, Jordan is so clearly better that, “When the comparisons between LeBron and Jordan start, I vomit.” […]

“My son assures me that LeBron is better but for me, it’s not a discussion. If he had played twenty years ago, LeBron wouldn’t have been able to do even half of this. Today, when LeBron enters the paint, everyone moves away from him, but Jordan was getting beaten like no one and he still dominated. In front of LeBron were Kobe Bryant and some others. I respect LeBron but Kobe was better.”

Pretty strong words from the big man, although you can really never go wrong in the eyes of Celtics fans by preferring Jordan over LeBron. Why? Cs fans have no axe to grind with MJ, because we have bragging rights – he was 0-6 in playoff games against the Celtics. However, LeBron’s record versus Boston is…well, no need to talk about that.

Second, there was the story of Dino’s reunion with former teammate Dee Brown:

That was the last time Brown complained about too many minutes. He fought through the rest of that season, missing Lewis every step of the way, but it helped that he’d found a new friend from an unlikely place: A rookie from Croatia. Although it also helped that this rookie was no rookie at all.

“Dino took the game seriously,” Brown says of Radja, who came over at 26, after a legendary career in Croatia and Italy. “He was more mature because he was from Europe and knew how the professional game worked. It was my first time playing with a European player who was that good.”

“Dee was just such a nice guy,” Radja recalls. “You don’t forget people like that.” […]

Last month, the [Clippers] asked Brown if he’d be willing to take a trip overseas. They needed someone to work out with starting center Ivica Zubac, spending the offseason back home in Croatia. With the stars aligned, Dee messaged Dino on Instagram: He was headed to Zagreb! […]

“It was just great,” says Radja. “With so much to catch up on and so many hours to do it, we just kicked back and remembered – everyone and everything. Players, coaches, even the office workers with the Celtics. We talked ’90s basketball. We shared about our families.”

It was a tribute to two lives well-lived. Two careers well-traveled. One friendship that stood the test of more than 20 years hibernation.

Boston.com: How Dino Radja and Dee Brown reconnected years after their Celtics days

The ’90s were mostly a mess for the Celtics franchise, but the decade would’ve been even worse if not for Dee and Dino. They were productive: the lightning-quick Brown led the team in scoring one season, and the savvy Radja’s best year saw him average a hair under 20 and 10. Even more important, since their teams weren’t contenders: they were fun to watch.

Great to see old teammates sharing that bond, especially after all those years.