Could Notre Dame be sanctioned for fans storming field after win? 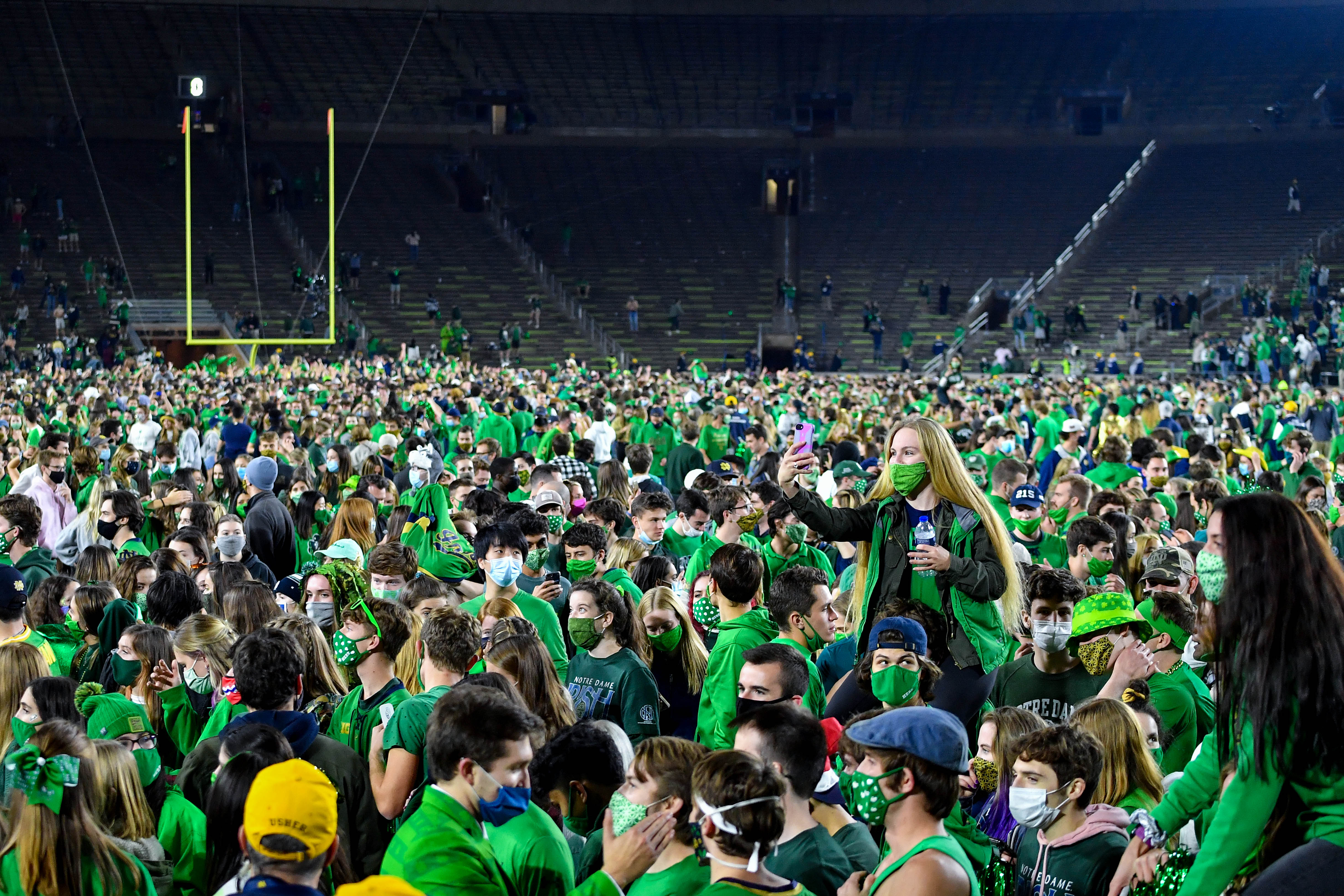 Could Notre Dame be sanctioned for fans storming field after win?

This was supposed to be a great night for college football. The number one ranked Clemson Tigers were playing the number four seed Notre Dame Fighting Irish with a ton on the line. First place in the Atlantic Coast Conference was up for grabs, and the game did not disappoint as the Fighting Irish defeated the Tigers 47-40 in a spectacular double overtime matchup.

However, it is what happened after the game that has become the biggest story. The 11,000 fans in attendance stormed the field. Even though the majority of fans (who were predominantly students) were wearing masks, there was absolutely minimal social distancing.

What happened last night in South Bend, IN was ridiculous during a pandemic. There had been 155 cases of coronavirus at Notre Dame University alone from Tuesday to Friday. Last month Notre Dame President John Jenkins attended a ceremony at the White House without wearing a mask. He later got coronavirus.

There have been 205, 722 cases of coronavirus in the state of Indiana and 4590 deaths. With Joe Biden being elected as president of the United States, it will be interesting how quickly new coronavirus protocols will be enforced. One must realize Biden will not take power until January, and between now and then there, are three major American holidays with Thanksgiving, Christmas Day, and New Year’s Day.

Unfortunately, the fact that fans were storming on to the football field was expected. Before the game started Fighting Irish head coach Brian Kelly warned his players that when they win, the fans would be coming on to the field, and the players needed to exit to the dressing rooms as soon as possible.

The bottom line is that the NCAA and Notre Dame University need to take responsibility. This could have been prevented if no spectators were allowed in the stands. If there was a hope that college football spectators could act responsibly during a pandemic, then Saturday night’s spectacle proved the student fan base was anything but responsible.