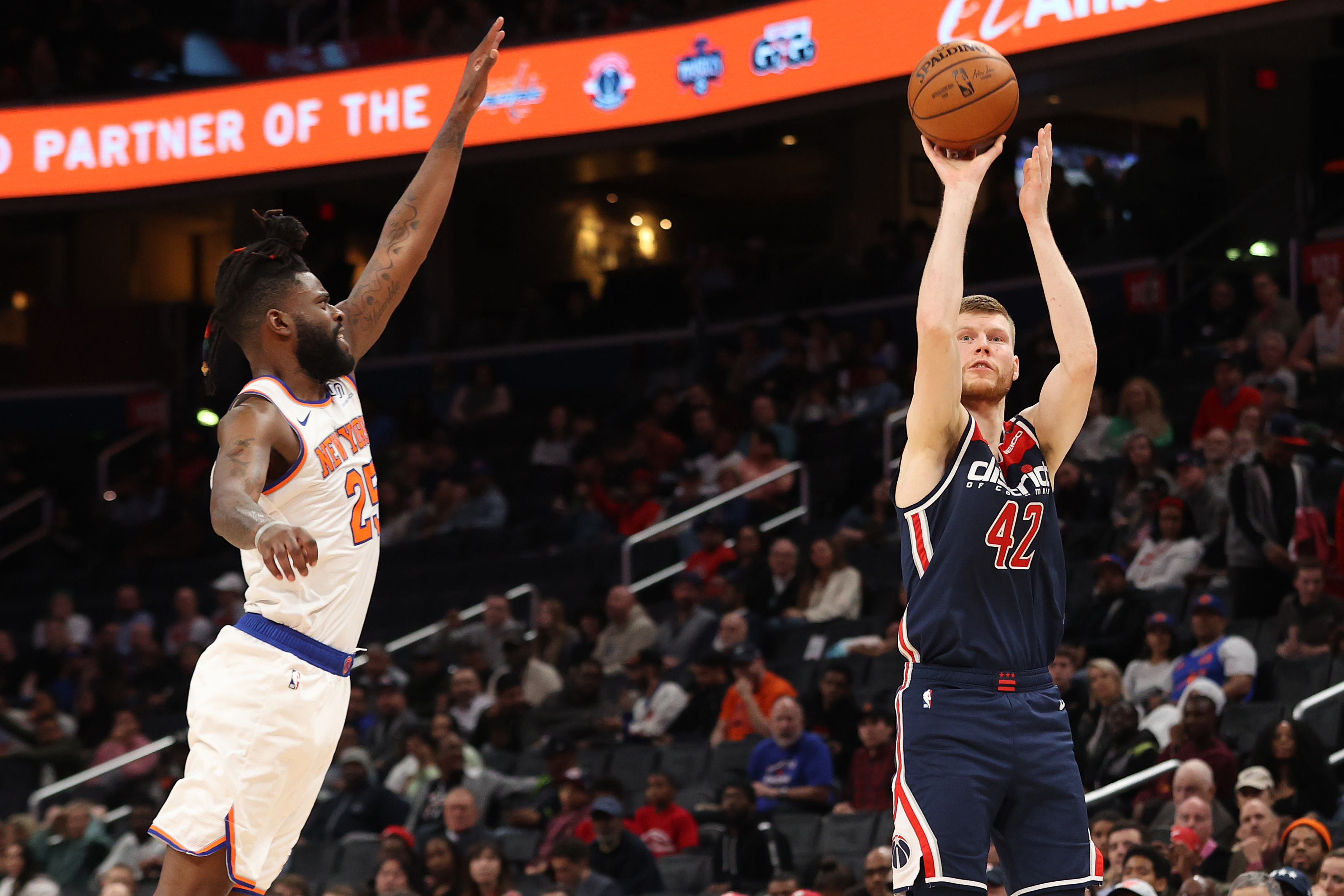 Davis Bertans has become quite a popular player during the 2019-2020 NBA season. Despite playing on a struggling Washington Wizards team, Bertans was one of the very few bright spots for the Wizards this past season.

As the Wizards look forward to getting stars such as John Wall and Bradley Beal back in the mix, the team is hopeful to have Bertans on the roster as well. However, he won’t come cheap — and the demand for him will be high.

When the Wizards traded with the San Antonio Spurs for Bertans last summer, he was averaging just eight points-per-game off the Spurs’ bench. With the Wizards, Bertans exploded off the bench and averaged a career-high of 15.4 points-per-game in his contract year.

This offseason, the Wizards will have the first priority to try and re-sign Bertans — but his return is far from a guarantee. Bertans will get paid one or another this offseason as teams are lining up to make him an offer. And according to Chase Hughes of NBC Sports Washington, the New York Knicks are one of several organizations keeping an eye on Bertans.

“Multiple teams without the cap room to sign Bertans are preparing to make sign-and-trade offers in free agency, NBC Sports Washington has learned. That is in addition to the teams that have the cap room to fit his salary without a trade.”

“The teams were not specified, though one source said there are two Eastern Conference teams and one from the West who are interested in sign-and-trade scenarios involving Bertans. That is along with at least three teams – the Hawks, Knicks, and Suns included – expected to target Bertans early in free agency using their cap room, as NBC Sports Washington previously reported.”

The Knicks are always ‘star-hunting’ in the offseason. While Bertans doesn’t necessarily qualify as a star, he’d be a solid addition to a young team that could use a floor spacer.

Last season, Bertans averaged a career-high of 29 minutes-per-game off the Wizards’ bench. He ended up knocking down 42-percent of his three-point shots, becoming one of the NBA’s most reliable shooters throughout the year. While the Wizards will prioritize bringing him back — the Knicks will be one of the teams who could make it difficult for Washington to succeed in the Bertans sweepstakes.