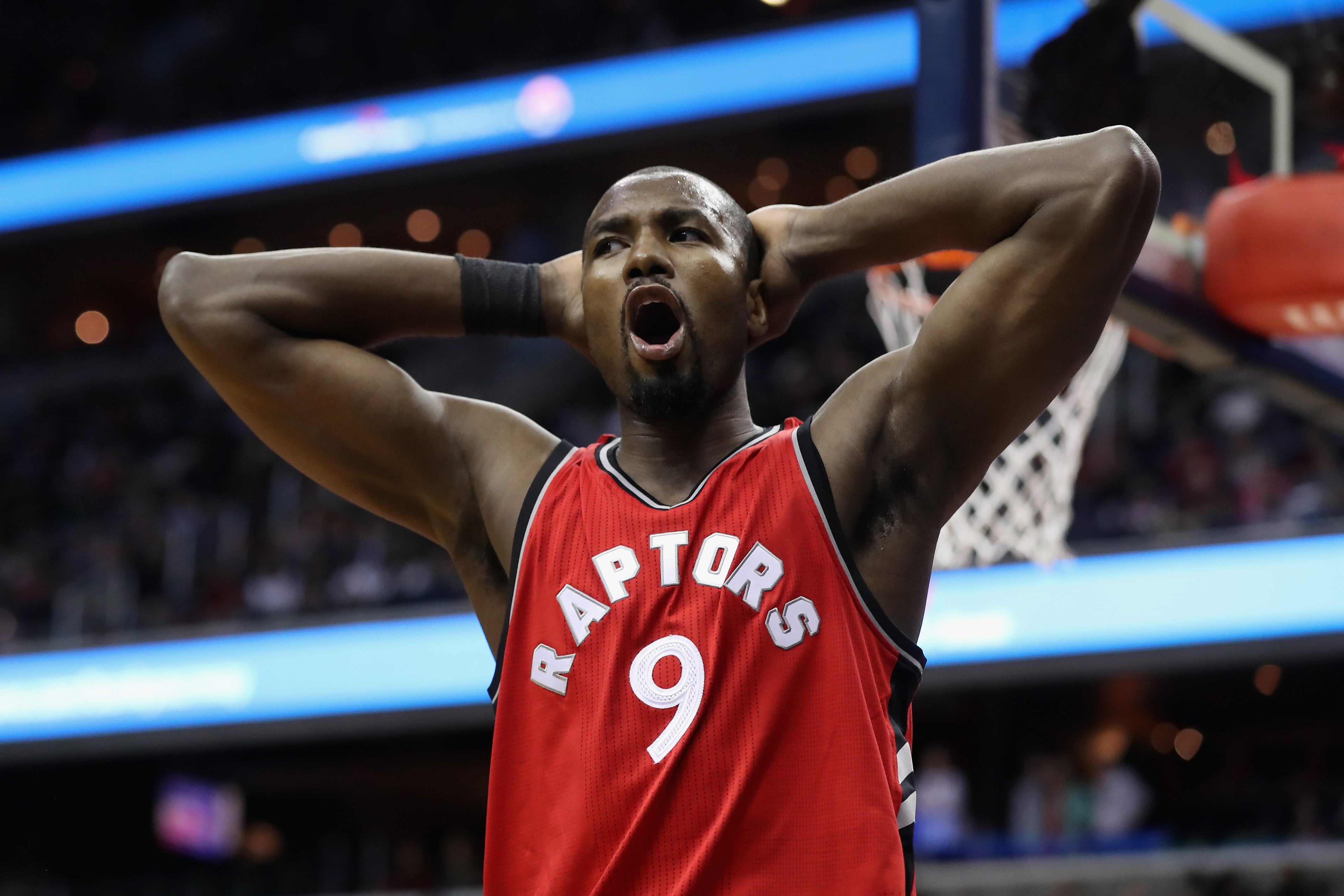 As Serge Ibaka gears up for the free agency market, the Los Angeles Lakers are expected to show interest.

For the last four seasons, veteran big man Serge Ibaka has competed with the Toronto Raptors. Soon, his time in Toronto could come to an end as the 31-year-old center is set to hit the free agency market for the first time in his career.

To no surprise, the Los Angeles Lakers are rumored to have interest in Ibaka. Being that the Lakers are coming back in 2020-2021 to defend the NBA Finals title, Los Angeles’ front office will look to continue building a roster that’s ready to win now.

Although the Thunder were competitive when he was around, it wasn’t until his stint with the Raptors until Ibaka played on a team that won the title. While Toronto could look to retain Ibaka, who averaged a career-high of 15.4 points-per-game in 2019-2020, the Raptors center is likely to garner a lot of attention on the open market — and the Lakers might be at the front of the line, according to Sean Deveney.

“From a personnel standpoint, he is exactly the kind of combo big guy that team (the Lakers) needs,” one NBA general manager told Heavy.com. “They have had an interest in him before and they will again. When he is healthy he is an excellent spot starter at the 5 (center) and the 4 (power forward). He is as good a bench big guy as there is in the league. He was a really credible 3-point threat last year. If he is willing to accept what the Lakers can afford to give him, I know they would want him.”

The Lakers will only have a mid-level exception of $9.3 million available for a guy like Ibaka. His market price isn’t quite clear just yet, but Ibaka’s latest contract of $65 million over three years indicates the veteran center won’t necessarily come cheap.

The good news for the Lakers is that they are proven winners — and could acquire veteran players who want to win now for discounted prices. It’s just unclear if Ibaka would be willing to go that route for Los Angeles.