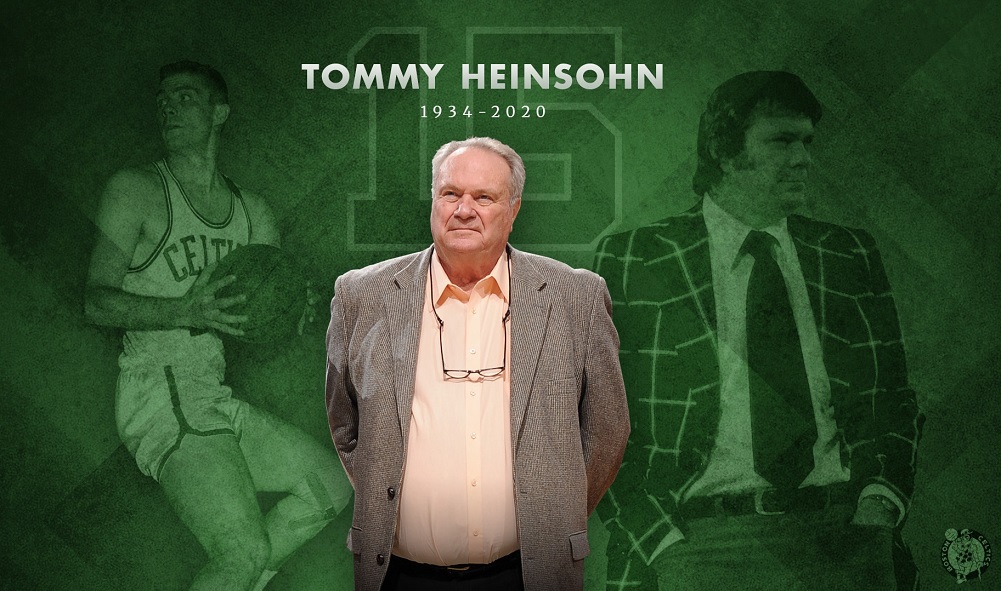 Tommy Heinsohn, who was part of the Celtics franchise for more than six decades, passed away today. It’s as big a loss as any that have ever happened on the court.

Red Auerbach was the Godfather of the Celtics, but Tommy was Mr. Celtic. He’s the only person to have been part of all 17 championships. Tommy was an absolute legend.

Today’s fans surely know Tommy best in his announcing role, complaining about the referees and being an unapologetic Celtics homer.

"This is fun. This is Boston. This is our crowd." -Tom Heinsohn 💚#BleedGreen #Celtics pic.twitter.com/dSNVMGAl2Q

Roughly 2800 times I sat down with Tommy to broadcast a game. Every time it was special. HOF player…HOF coach…HOF partner. Celtics Nation has lost its finest voice. Rest In Peace my friend. It has been the privilege of my professional life to be the Mike in Mike & Tommy.

Tommy was obviously an all-time great in every way. The franchise paid tribute:

We take this time to celebrate Tommy Heinsohn’s life and legacy, and to share in the sorrow of his passing with his family, friends, and fans. As long as there are the Boston Celtics, Tommy’s spirit will remain alive.

We wrote about Tommy here at Red’s Army a couple of years back:

We should all be so fortunate, at age 83, to possess the same passion about the Celtics as Tommy Heinsohn.

Away from basketball, Tommy was a successful executive in the insurance industry and a highly accomplished painter. As he proved in his Celtics life, he could do it all.

We close with these video tributes. Rest in peace, Tommy.