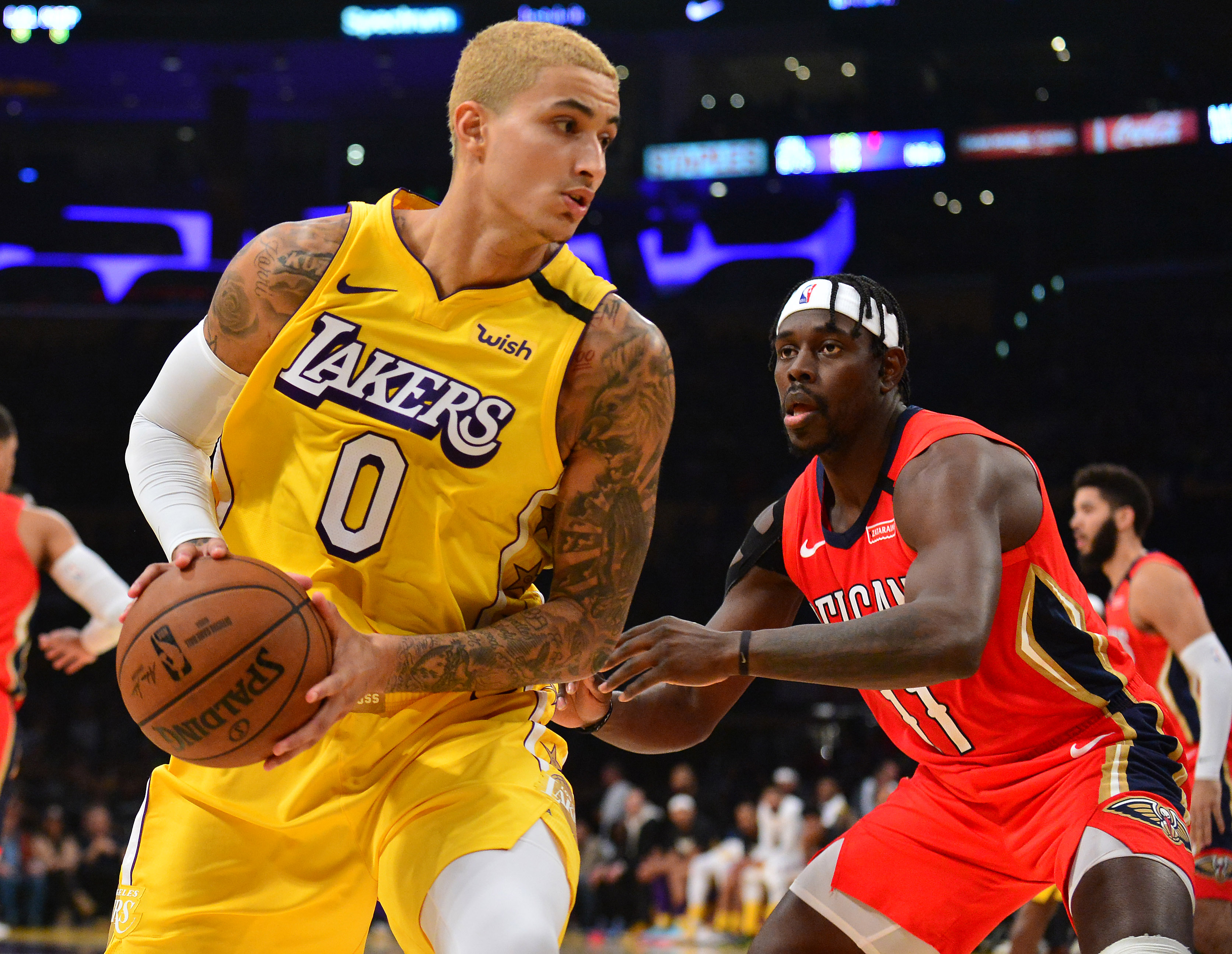 Will the Los Angeles Lakers give Kyle Kuzma what he wants this offseason?

Los Angeles Lakers veteran Kyle Kuzma surely doesn’t lack confidence in himself. Back in July, 25-year-old Flint, Michigan native told reporters he’s going to “get paid regardless” one of these days.

“It’s gonna happen one day, so I don’t think about that,” Kuzma said before the Lakers embarked on a championship run down in the Orlando bubble. Now that the former first-round pick has a championship on his resume, Kuzma is reportedly ready to earn a notable extension.

The three-year veteran came into the NBA as the 27th overall pick in the 2017 NBA Draft. At the time, Kuzma was selected by a young and inexperienced Lakers team that wasn’t necessarily ready for playoff contention.

Despite being on a struggling roster, Kuzma stood out during his debut season as he averaged 16 points and 6.3 rebounds in 31 minutes of action. The Lakers upgraded the following year with the addition of LeBron James, but Kuzma didn’t take a backseat on the team just yet.

In 2018-2019, Kuzma averaged a career-high of 19 points-per-game. He started in 68 of the 70 games he appeared in. While Los Angeles still wasn’t ready to compete in the playoffs, Kuzma was once again a lone bright spot for a Lakers team that had missing pieces on it.

The following year was an entirely different story. The Lakers added multiple key pieces around LeBron James, which placed Kuzma in a permanent role off the bench. While he notched career-lows across the board, Kuzma was still a solid bench player, averaging 12.8 points-per-game.

A sizable contract could be obtainable for Kuzma — but it might not come as early as he desires — and there’s a chance it might not come from the Lakers. Los Angeles has bigger fish to fry in the offseason this year as they’re looking to upgrade the roster to keep it in ‘win-now’ mode.

Considering Kuzma took a step back in year three, the Lakers likely aren’t ready to decide on his future with the team right now if they don’t have to. Wanting to get paid sooner than later makes sense for Kuzma — but there’s a better chance the Lakers and the rest of the NBA keep an eye on his progress in year four instead.