Up next for Eagles--- the improving New York Giants 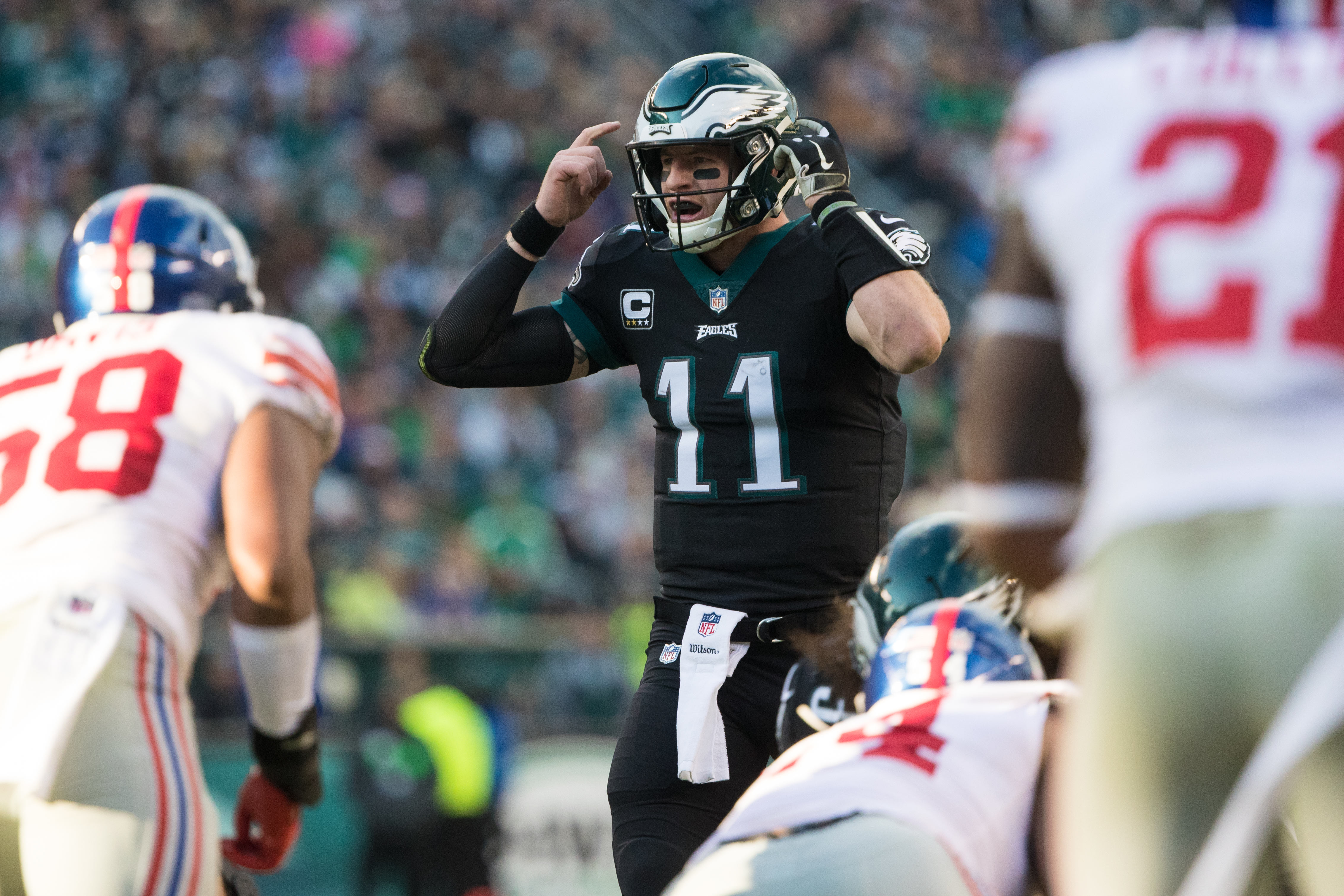 Up next for Eagles--- the improving New York Giants

On paper the Giants have only a 26% chance of beating the Eagles this weekend according to my WIP Pro Football Challenge poll— but according to Dave Spadaro at PEcom, don’t overlook the Giants. They are a much-improved team and have played hard for head coach Joe Judge. While they are only 2-7, the Giants have lost close games in the last several weeks – 17-9 to the Rams, 37-34 to Dallas, 22-21 to the Eagles, and 25-23 to Tampa Bay between wins over Washington. The defense is playing well. Quarterback Daniel Jones, hot and cold as young quarterbacks are, presents a dual threat. Even without star running back Saquon Barkley, the Giants are running the football. They stacked up 166 yards on 35 carries against a good Washington front. Defensively, the Giants shut down Washington on the ground and picked off quarterback Alex Smith three times. So, yeah, the Giants are coming. Tough game ahead on Sunday. Very tough.

The Eagles’ injury situation has slightly improved. The expectation is that running back Miles Sanders will return to practice after missing time with a knee injury and, as explained a few days ago, the Eagles would benefit by building the offense around Sanders. Of course, he has to stay healthy. That’s the first objective. His playmaking skills are so important to the offense. The offense will be much more dynamic with Sanders on the field.

Wide receiver Alshon Jeffery is also expected to be at practice as a full-time participant, so the passing game gains here. How will the Eagles use Jeffery? Does he play the X position that Travis Fulgham has manned so capably, with Fulgham moving? Does Jeffery begin on a limited snap count? Both Fulgham and Jalen Reagor are the kind of explosive players the Eagles need on the field. Greg Ward is a solid man in the slot. John Hightower has the vertical speed. Jeffery’s return’s boosts this group. This will be fun to watch.

Also, defensive tackle Malik Jackson (quad) and cornerback Darius Slay (ankle) were unable to finish the win over Dallas, but both escaped an injury that will sideline them further, per Doug Pederson’s day-after press conference last week. So, yes, the Eagles are much healthier right now. What we don’t yet know is right tackle Lane Johnson’s status as he’s been battling knee and ankle injuries all season. Same with guard Isaac Seumalo, who has been out since Week 2 with a left knee injury. He would seem to be closing in on a return, and that would mean a lot for the offensive line. And tight end Zach Ertz is returning from his ankle, although he could be another week or so away.

How does Vegas see this one at the Meadowlands on Sunday turning out?  The Eagles are a 3-point favorite in the game.  But……

John Breech writes: “Although the Eagles have been able to dominate the Giants for the past few years, they haven’t always been able to cover against New York. The Eagles have won 10 of their past 11 games against the Giants, but they’re just 5-6 ATS in those games. Back in Week 7, the Eagles failed to cover as a 5-point favorite in a 22-21 win over New York. As for the Giants, they’ve been horrible at home recently, going 3-11 both straight-up and ATS in their past 14 games played at the MetLife Stadium.”

So there is some caution among many national observers against blindly adhering to the Vegas line.  Others see it as a sure win for the Eagles:

Ryan Gosling writes: “The Eagles are coming into this game another week healthier and off of their bye. The NFC is an absolute mess right now, and all four teams are technically still in the running for first place. With Dallas showing signs of life under their fourth-string QB Garrett Gilbert this past week, the Eagles are going to want to win this game to further themselves in the standings. The Giants are also trying to keep up with the Eagles and just pulled off a somewhat impressive win over the Washington Football Team. I do not have very high hopes for this Giants team, but I do think that if Daniel Jones can limit his mistakes, they will keep this one close.”

Then there are others who believe the Eagles should and will take care of business:

Vincent Frank writes: “New York blew a golden opportunity to remain very much alive in the embarrassing NFC East due to a late-game loss to the favored Tampa Bay Buccaneers in Week 8. Despite this, the Giants are just two games behind Philadelphia in the win column. The primary issue here has been the ugly play of Daniel Jones at quarterback. While Jones played mistake-free football in a narrow Week 10 win over Washington, there’s still some major questions here. While Eagles quarterback Carson Wentz (12 touchdowns, 12 interceptions) has struggled, too, there’s no reason to believe that the Giants will come out on top here. Philadelphia has won two consecutive and is coming off a much-needed bye week. We must take that into account.”