Will the Nets Trade Spencer Dinwiddie This Offseason? 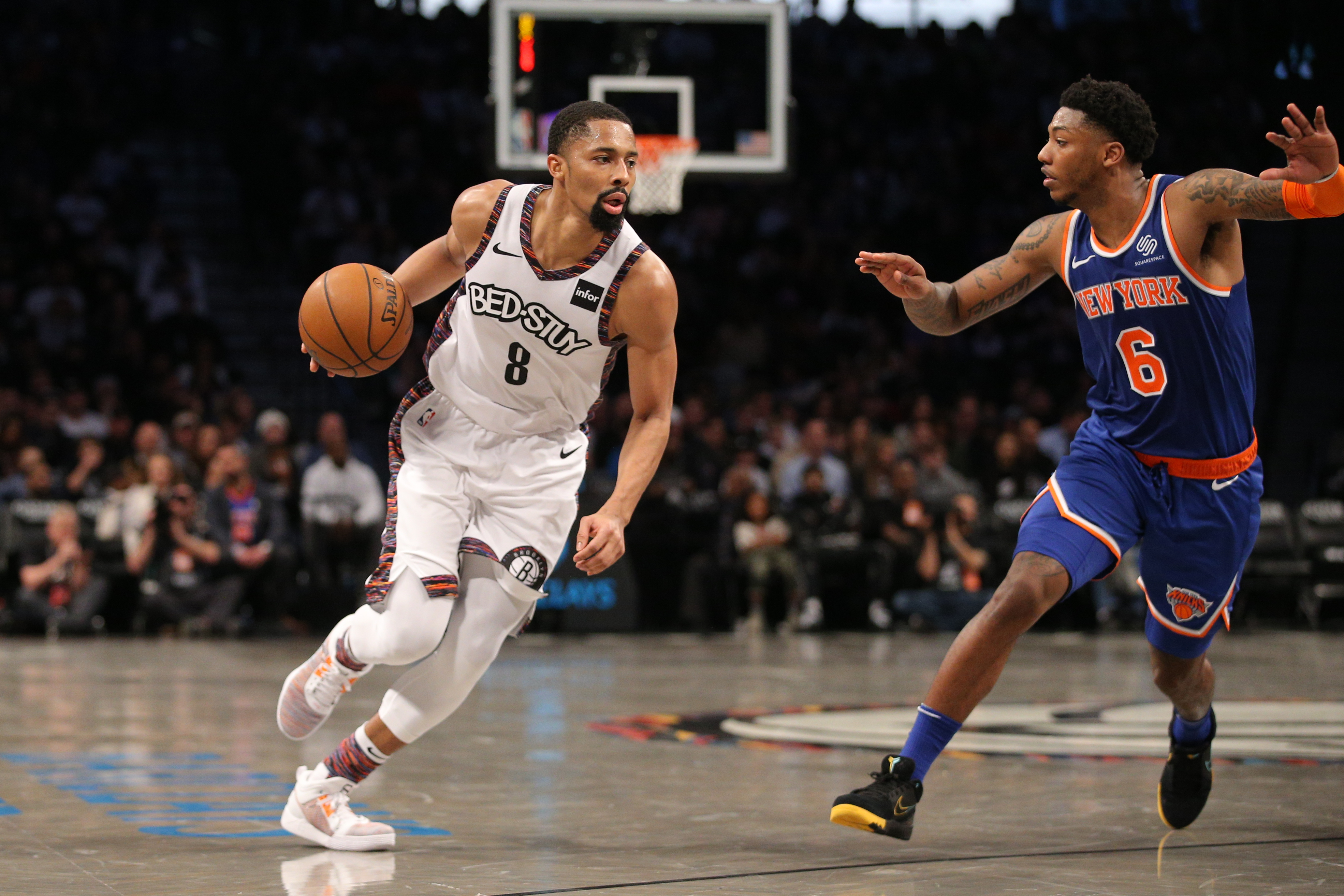 Will the Nets Trade Spencer Dinwiddie This Offseason?

Teams are interested in Spencer Dinwiddie. Are the Brooklyn Nets willing to part ways with him?

Injuries killed the Brooklyn Nets’ 2019-2020 season. Although Brooklyn made a second-straight playoff appearance down in the NBA’s Orlando bubble this past summer, they didn’t get very far.

Despite a first-round exit in 2020, the Brooklyn Nets have sky-high expectations for next season. With a new head coach in the building and the expected return of superstars such as Kyrie Irving and Kevin Durant, Brooklyn is viewed as championship contenders next season.

No roster is perfect in the NBA. Brooklyn’s front office still has some work to do building around its stars. While they have prioritized retaining some of their own players in Joe Harris, teams believe the Nets could be willing to sell their shooting guard, Spencer Dinwiddie, on the trade market.

According to SNY’s NBA Insider Ian Begley, multiple Western Conference contenders are calling the Nets to get a price on the emerging guard, Spencer Dinwiddie. Per Begley, the Nets’ desire to keep or sell Dinwiddie is currently unknown.

However, according to ESPN’s Brian Windhorst, Dinwiddie isn’t particularly off-limits in any deal. “[The] Nets want to upgrade their roster,” Windhorst reported, per NetsDaily. “There’s a possibility [Spencer Dinwiddie] might be available depending on the deal. That’s what I’ve heard. Or at least there’s an expectation it could be. I don’t know if he’s available right now — but that’s possible.”

Typically, players would act one of two ways after seeing they might be on the move. They either brush it off — or take offense to the possibility of it happening. In Dinwiddie’s case, he seems open to the idea of being traded.

While the veteran shooting guard has mentioned he had some of the best memories playing with the Nets over the last few seasons, Dinwiddie seems surprisingly excited about the notion that contending teams are reportedly calling the Nets to check his availability.