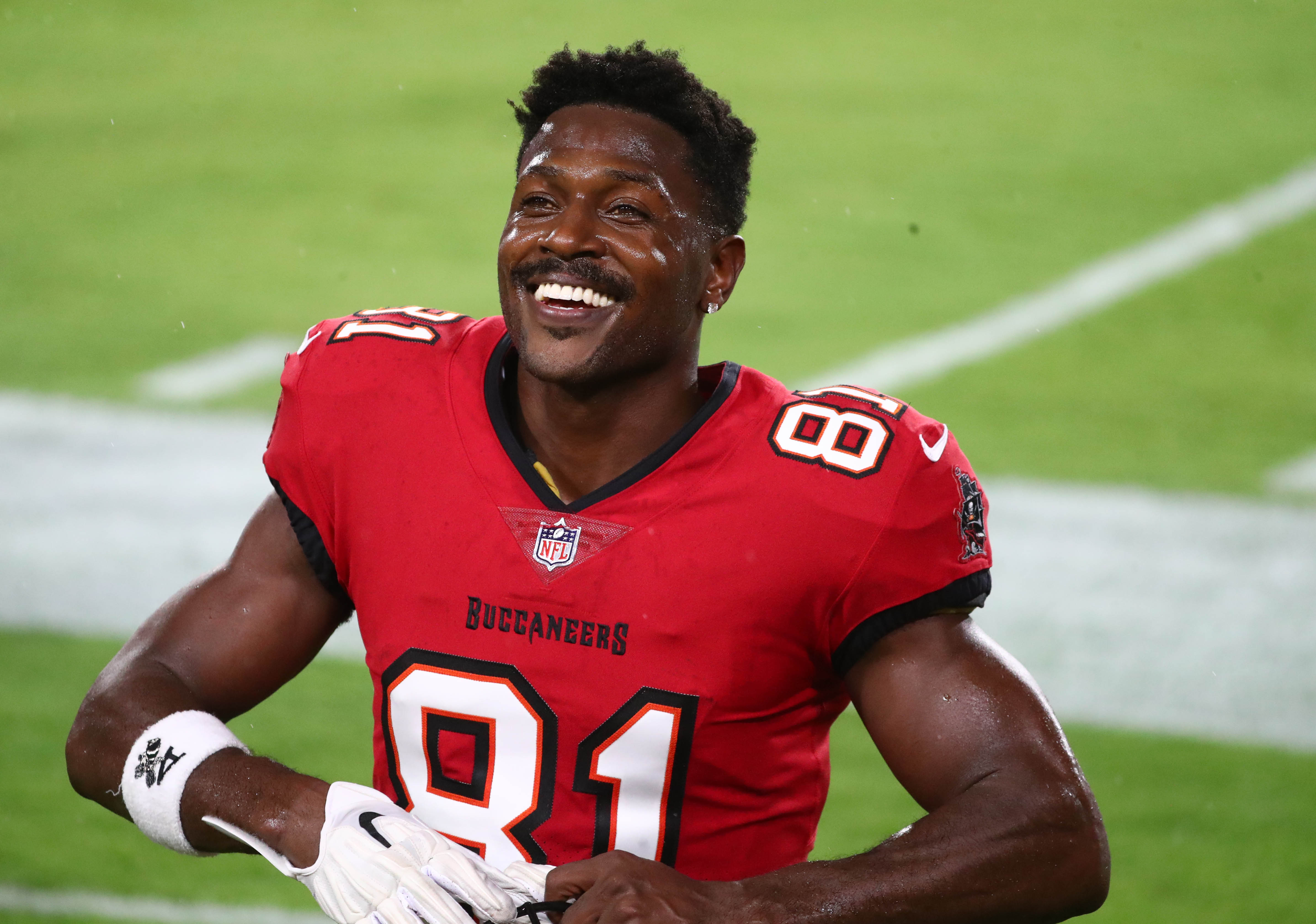 Antonio Brown wasn’t a headache for his new team in his first NFL game since September of 2019, but his presence in Sunday’s 38-3 blowout loss to the Saints did appear to throw the Bucs offense out of sync.

Whatever the reason, the Bucs offense looked worse than it has all season. The team was completely unbalanced, calling only four designed runs. Those four carries went for just nine yards, and that’s not a formula for success.

Head coach Bruce Arians made it clear he wants to get back to running the football in the team’s upcoming matchup against the Panthers. Not only that, he indicated that AB may see a few less snaps in the Week 10 divisional showdown, during his weekly appearance on Buccaneers.com.

“His pitch count was a little higher than we anticipated,” Arians said, as transcribed by JoeBucsFan.  “But we tried to go two-minute early in the ballgame just to get some life, so his pitch count was up a little bit. But he handled it really, really well.

“I’m hoping we’re not throwing the ball that much this next week, so hopefully his pitch count goes down.”