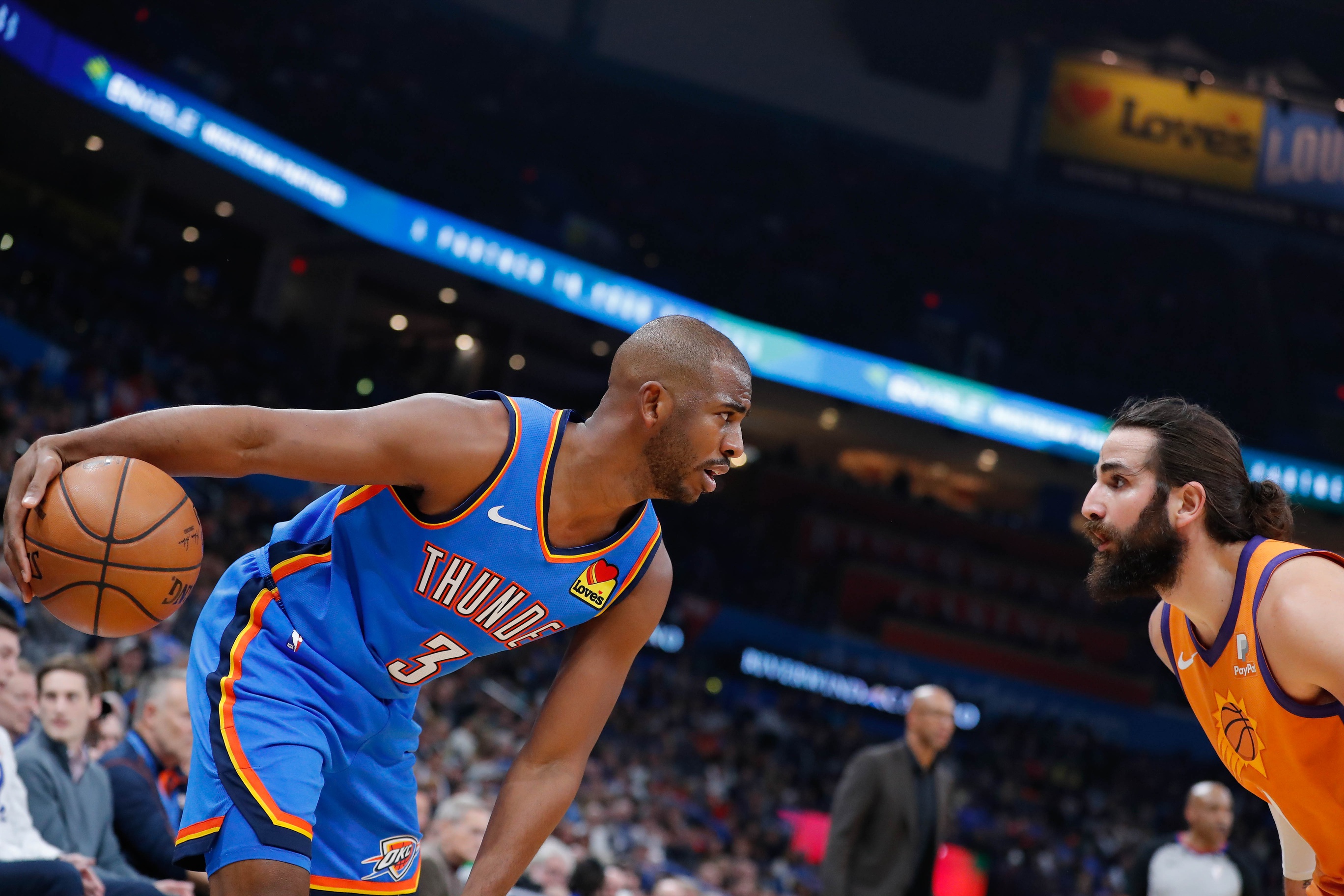 The Chris Paul sweepstakes are underway. For the last few weeks, the Oklahoma City Thunder have been reportedly fielding calls from the New York Knicks, who would like to bring Paul to the Big Apple to become the face of the franchise moving forward.

But lately, the Knicks haven’t been the only team seriously inquiring for Paul. On Tuesday, ESPN’s Brian Windhorst and Tim Bontemps reported the Phoenix Suns have emerged as suitors for Paul’s services. While a deal isn’t exactly close, the Suns have been persistent in talks.

“Talks have been ongoing and have continued to gather traction, but there is no deal imminent, sources said. There is currently a moratorium on trades as the NBA goes through procedures to start next season ahead of the league’s draft next week.”

The Thunder tends to do things differently with their stars. While OKC’s General Manager Sam Presti has proven to be willing to part ways with top talent, he likes to allow the player involved to have a say in the matter.

Last offseason, Paul George mentioned he’d like to resume his career alongside Kawhi Leonard with the Los Angeles Clippers. The Thunder made it happen. Although Russell Westbrook has played his entire career in OKC, he wasn’t opposed to a trade to the Houston Rockets. So, the Thunder struck a deal, eventually landing Paul.

While Paul offered the Thunder a great season — it’s in their best interest land younger players and future assets for their rebuild. Considering Paul has the most value on their team at the moment, he serves as the best trade bait.

Past rumors have made it known that Paul prefers to land somewhere in Los Angeles or New York — making it seem unlikely Paul would want to continue his career with the Phoenix Suns at 35-years-old.

But according to a report, Paul hasn’t ruled out going to the Suns just yet. “I know Chris Paul has interest in the Suns,” Windhorst told ‘Arizona Sports’ Bickley & Marotta’ show on Wednesday. “It’s a matter of whether he basically says this is where I want to go, and that’s probably up to Phoenix and Chris to work that out.”

For a trade to work out, Paul has to confirm he definitely wants to go to Phoenix. Then, the Thunder and the Suns will have to work out a deal. While Paul is interested in potentially joining Devin Booker and Deandre Ayton in Phoenix, he will likely weigh his options as the Lakers, Clippers, Knicks, and the Nets could very well be on his list too.