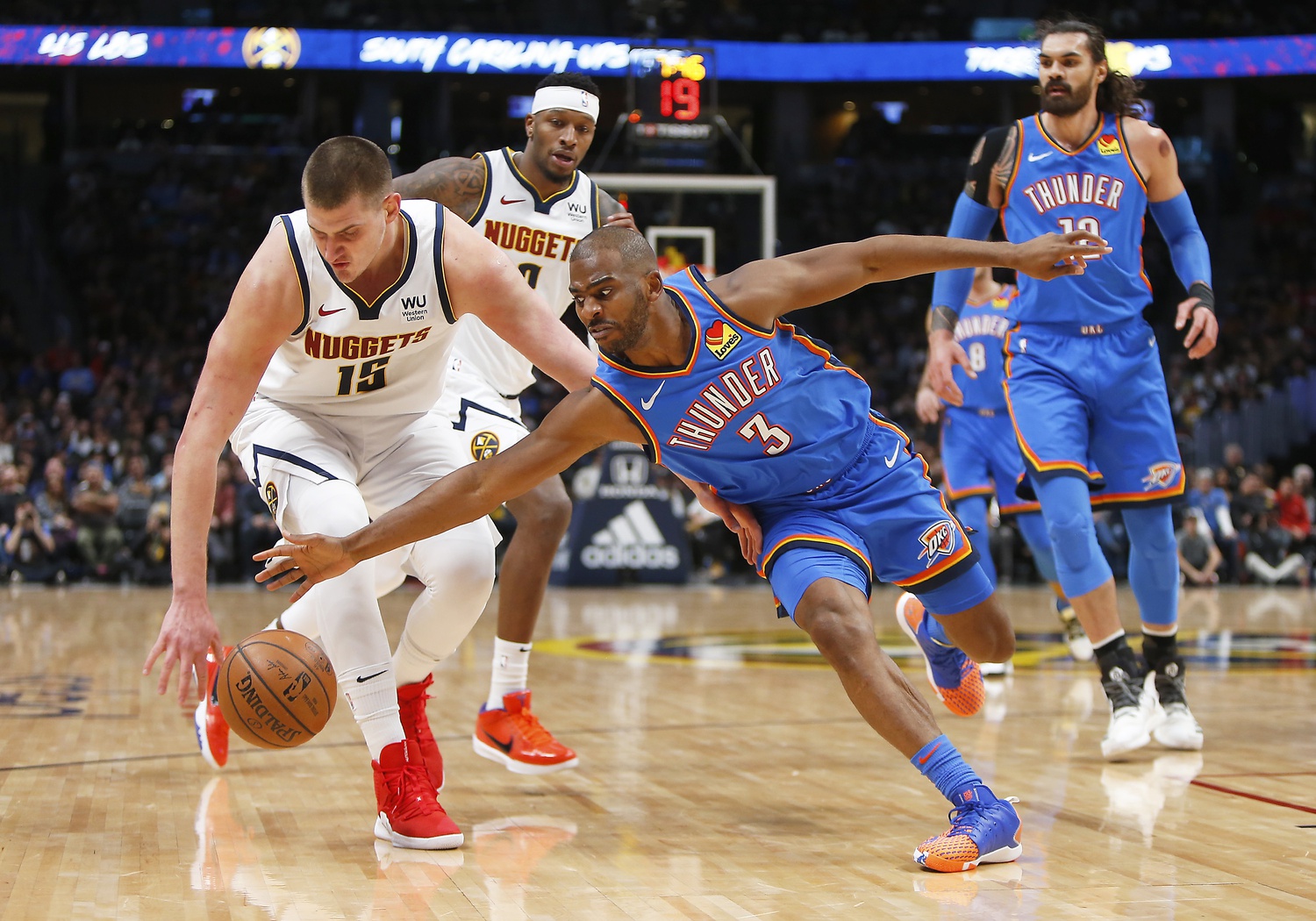 The New York Knicks like Chris Paul, but they don’t seem to be willing to do whatever it takes to get him.

By now, it’s no secret the New York Knicks are interested in Oklahoma City Thunder point guard Chris Paul. As OKC embarks on a rebuild, the veteran guard and the organization understand it would best if Paul goes and plays for a contender, while the Thunder acquire assets in return.

So far, several teams have been linked to Paul, such as the Los Angeles Lakers, Los Angeles Clippers, Philadelphia 76ers, Milwaukee Bucks, Brooklyn Nets, Phoenix Suns, and the Knicks.

Last week, it was reported that Chris Paul prefers to play in L.A. or New York — and the Thunder are an organization that typically listens and works with players to try and send them to a destination they prefer.

That’s good news for the Knicks, who are on the hunt for a veteran star like Paul. The veteran point guard would bring a winning mentality to a young Knicks team, but there is a significant issue looming. Wherever Paul lands, he’s not coming cheap.

Over the next two years, Paul is owed over $80 million. And in order to bring him in, the Knicks would need to send multiple assets. Before, the price tag was reportedly a young player on a rookie deal along with a first-round pick.

But as the demand for Paul grows, the price is driving up, which is making the Knicks slightly more hesitant. According to Ian Begley of SNY, there is “a concern about the amount of assets New York would have to surrender to trade for Paul.”

Begley describes some Knicks decision-makers as “wary” of giving up too many assets for a 35-year-old guard on an expensive contract. While the Knicks haven’t withdrawn from the Paul sweepstakes just yet, they don’t seem to be heading into trade talks with the mindset of even slightly overspending on the All-Star.