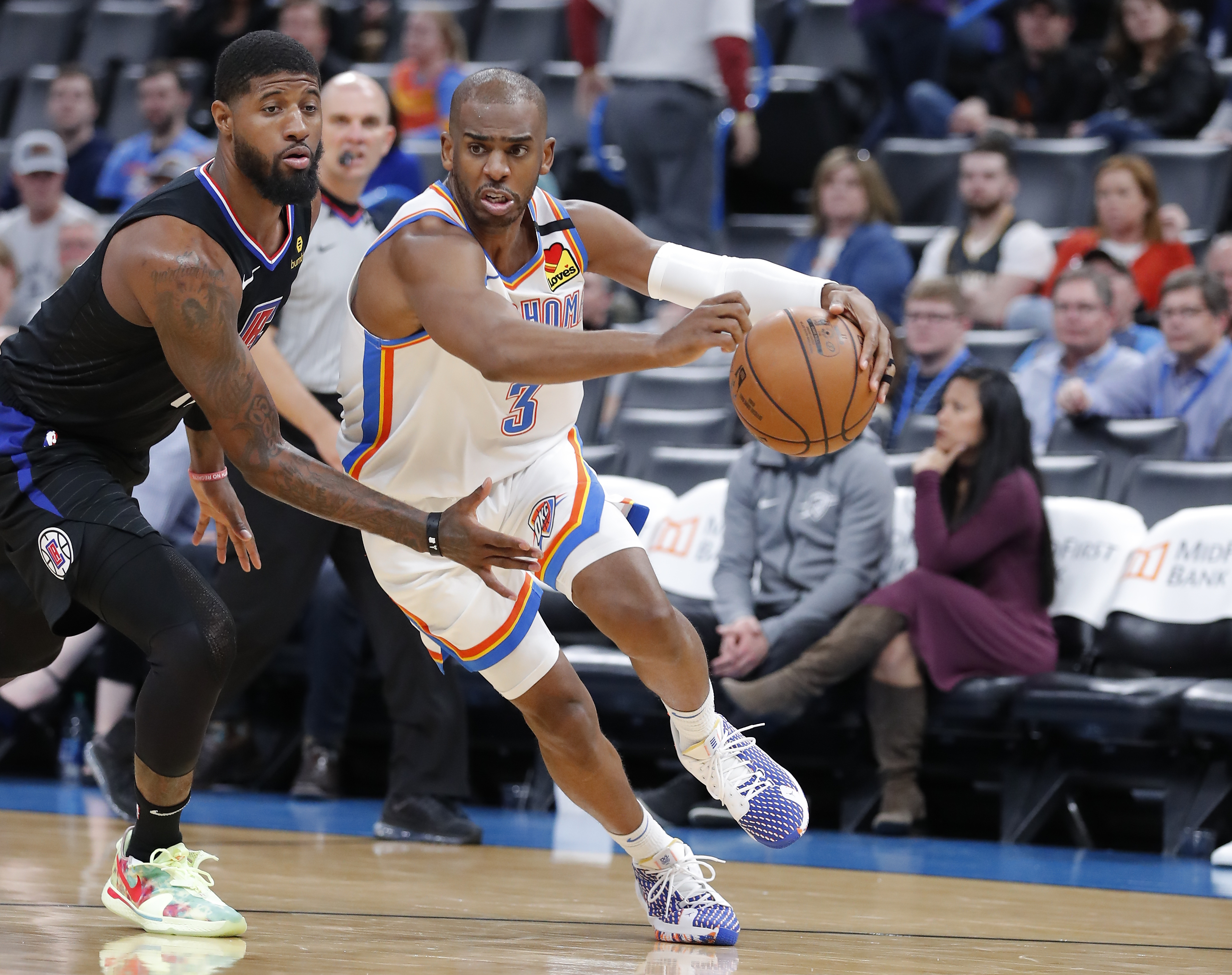 Chris Paul would like to land in the Los Angeles market, making the Lakers and the Clippers two desired destinations.

Although he’s currently a member of the Oklahoma City Thunder, veteran point guard Chris Paul fully expects to be playing elsewhere for the 2020-2021 NBA season.

Seeing as though he’s not a free agent this offseason, Paul won’t necessarily have the opportunity to take on visits and sign wherever he wants to this offseason. However, the Thunder are willing to work with Paul and try to send the 35-year-old veteran to a preferred destination.

Last week, it was being reported that Paul wants to play on a team that’s either in Los Angeles or New York, creating a list of targeted destinations containing the Knicks, Nets, Lakers, and the Clippers.

By now, we know all four of those teams could have a moderate interest, with the Knicks and the Lakers more likely to try and make something happen. Plus, the Phoenix Suns have entered the conversation and have Paul intrigued at some capacity.

But if it comes down to the two L.A. contenders, which team would Paul prefer? According to Stephen A. Smith, the Lakers are not an organization that Paul is fully embracing at this moment.

On the other hand, Paul seems interested in forming a reunion with the Clippers. According to Ryan Russillo of The Ringer, there is a mutual interest between Paul and the Clippers. And Clippers star Kawhi Leonard has reportedly already reached out to the veteran guard to discuss the possibility of linking up for next season.

Will it happen? Only time will tell. At the moment, Paul is still entertaining the Suns’ organization, and he’s likely still a top target for the Knicks as well. While Paul and the Thunder will have several different teams to consider, it seems the Lakers don’t have a good chance of landing the veteran guard.