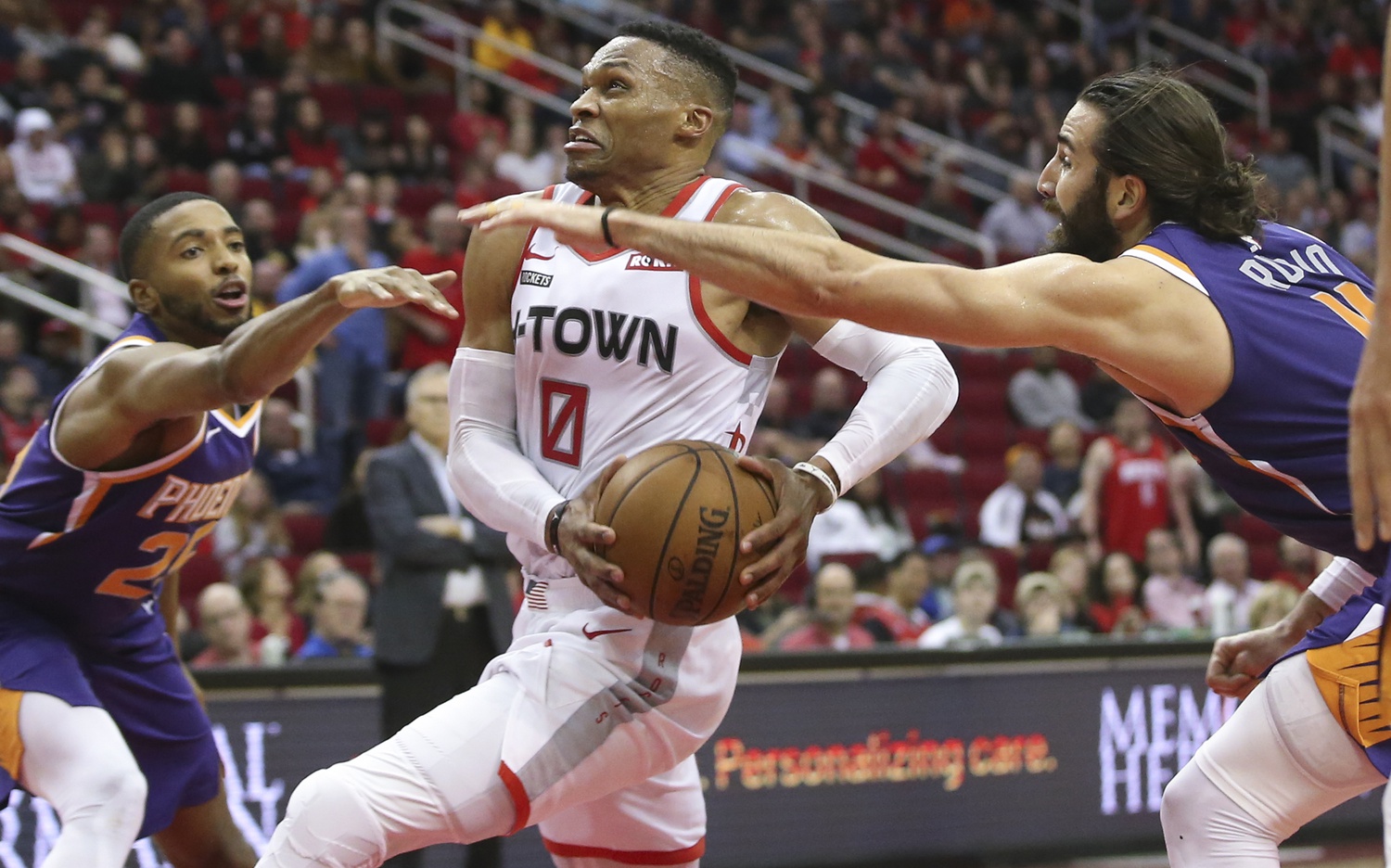 Russell Westbrook wants to be traded, but it won’t be easy for the Houston Rockets to grant his wishes.

After a single season with the Houston Rockets, All-Star guard Russell Westbrook is ready for a change. Last year, Westbrook found himself packing his bags after spending his entire career on the Oklahoma City Thunder.

In Houston, Westbrook had a decent season as he averaged 27 points-per-game in 57 matchups. Along with his fellow All-Star guard James Harden, Westbrook helped lead the Rockets the fourth seed in the Western Conference playoffs.

Although he battled through an injury in the postseason, Houston as a team struggled to defeat the eventual NBA Champions, the Los Angeles Lakers. After facing elimination, the Rockets lost their head coach Mike D’Antoni and General Manager Daryl Morey.

Once Westbrook and Harden saw two key members of the organization hit the road, the two All-Stars grew wary about the Rockets’ future. Harden, who has been on the Rockets since 2012, remains committed to Houston. Westbrook, on the other hand, doesn’t have the same kind of loyalty towards the organization.

Therefore, Westbrook reportedly requested a trade this week. Once upon a time, teams would’ve been clamoring to trade for the former NBA MVP. These days, though, Westbrook’s market is thin.

According to ESPN’s Brian Windhorst, there doesn’t seem to be a lot of interest in Westbrook. Westbrook’s talent isn’t the issue here. While his best days are likely behind him, the veteran guard is still equipped with the skills to lead a team to victory.

However, we’ve seen in the past that Westbrook’s game can’t churn out championships on its own. And working alongside NBA stars such as Kevin Durant and James Harden doesn’t translate to much more, either.

Considering the fact that Westbrook is owed over $40 million-per-season for the next few years, teams are going to be extremely hesitant to make an offer.

So far, it seems the Charlotte Hornets, Los Angeles Clippers, and the New York Knicks are the only potential suitors for Westbrook — but even they seem hesitant to make a move.

A lot can change over time, but for right now, Houston might begin working on trying to keep Westbrook happy in a Rockets uniform.