Running backs are devalued in today’s NFL, but Packers running back Paul Hornung played in a different era — and he was one of two straws that stirred his team’s drink.

Hornung and quarterback Bart Starr won four titles together, including the first-ever Super Bowl. He passed away on Friday, at the age of 84, and this cartoon pays tribute to him. 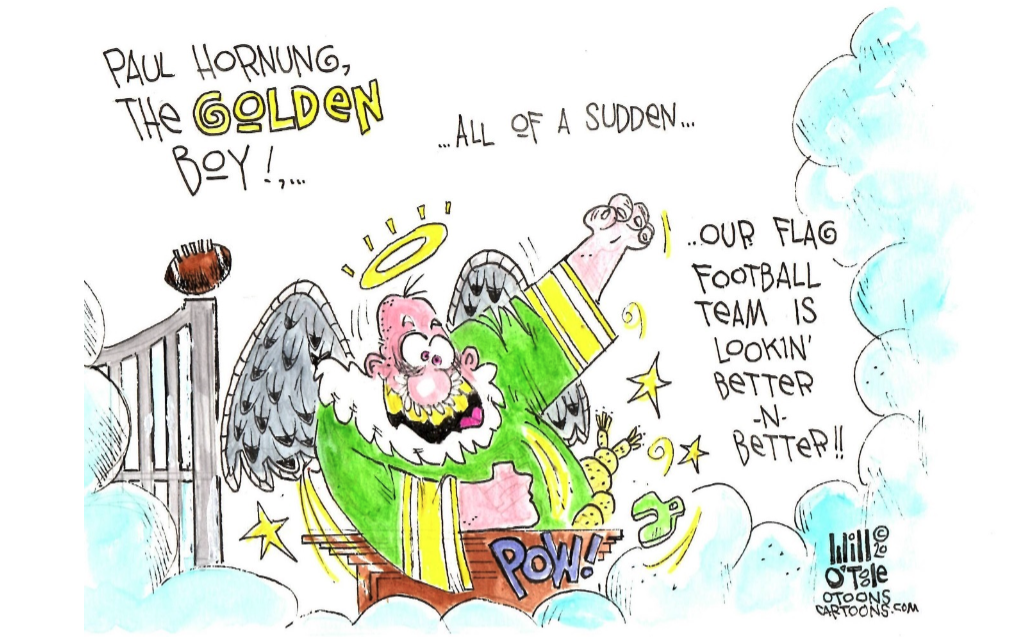