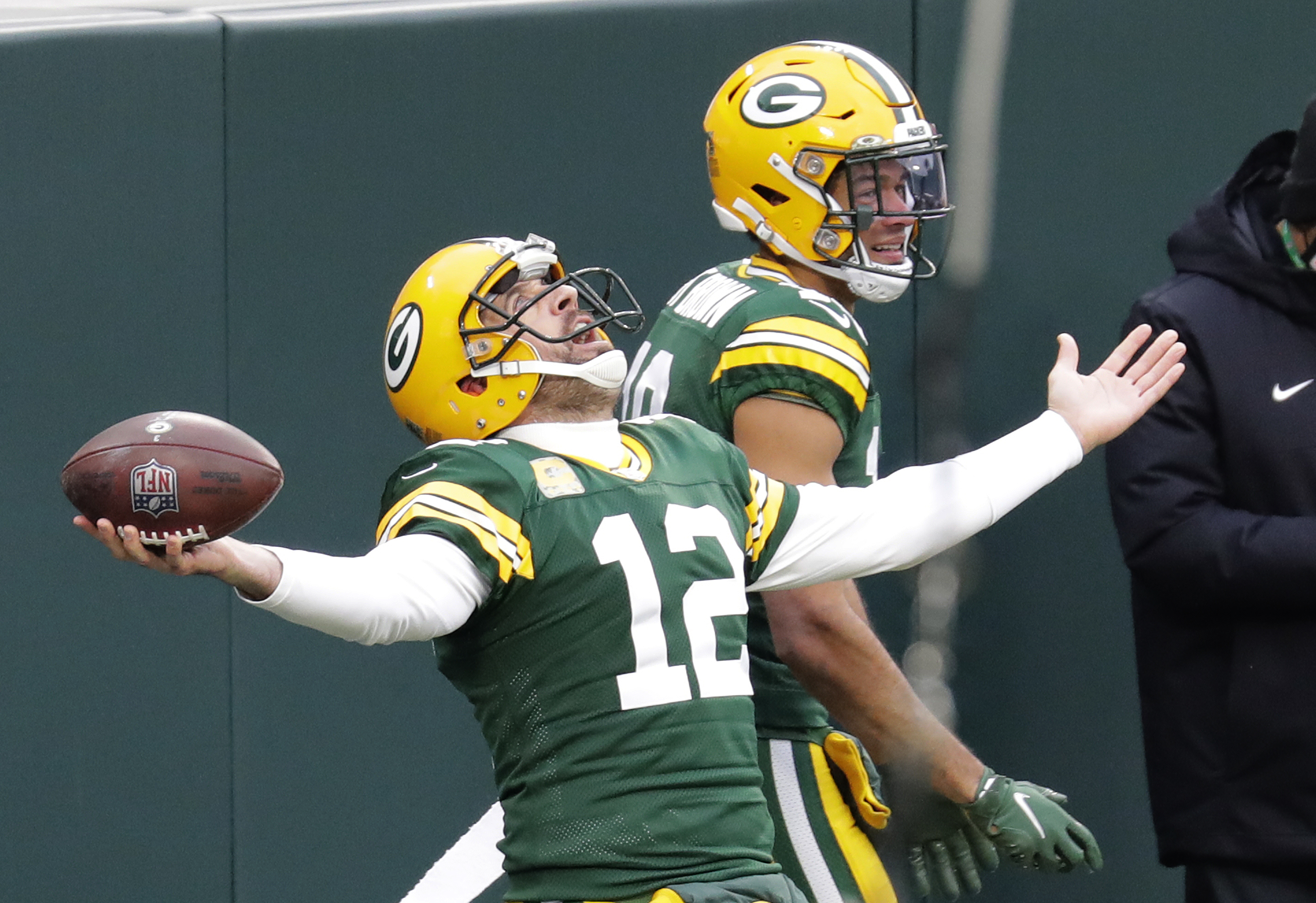 The Green Bay Packers played a sloppy game but escaped with a 24-20 win over the Jacksonville Jaguars at Lambeau Field. The win improved the Packers record to 7-2-0 on the season.

Aaron Rodgers threw for 325 yards and two touchdowns while Marquez Valdes-Scantling had four catches for a career-high 149 yards and a score to lead the Green Bay offense.

Here are 10 things we learned from the Packers 24-20 win over the Jaguars:

1. The Packers Played Down to the Competition

This team played uninspired football for large stretches of this game and allowed the Jaguars far too many chances to stay in this game and even to win it.

The Packers were sloppy in all three facets of the game and never really looked like the dominant team they should have been on paper.

Turnovers, penalties and poor execution resulted in a game that was much closer than it should have been. The team looked flat and that must change if the Packers hope to win football games in January and February when it matters most.

Marquez Valdes-Scantling came up big for the Packers when they needed him to. With Allen Lazard still out of the lineup and Davante Adams struggling to stay in the game with an ankle injury, MVS caught four passes for 149 yards that included a vital 78-yard touchdown pass.

Valdes-Scantling often struggles with drops and inconsistency, but in this game, he had four catches in six targets and didn’t have any issues with drops or missed 50-50 balls.

MVS’ speed still has a lot of potential and if he can have more games like this, he can give the Packers the receiving weapon they have longed for behind Davante Adams.

3. Special Teams Were a Big Problem for the Packers

Green Bay’s special teams had a poor performance throughout this game.

The most glaring mistake came on Keelan Cole’s 91-yard punt return for a touchdown in the second quarter that gave the Jaguars a 10-7 lead. J.K. Scott made an embarrassing attempt at a tackle late, but by then the return was already a long one and the coverage unit failed to stay in its lanes and couldn’t fight off blocks.

The Jaguars also pinned the Packers deep in Green Bay territory four times on punts. Tyler Ervin misjudged some punts and let them roll when he should have made a fair catch. Then, Ervin left the game due to rib injury and neither Josh Jackson nor Malik Turner were able to do much in his place. Jackson had one punt return for seven yards and Taylor made one kick return for just eight yards.

Meanwhile, the Packers decided to punt from their own 23 on 4th-and-1 with 2:32 left in the game but Scott shanked one which went only 30 yards and gave the Jaguars excellent field position at their own 47 with 2:25 left.

Mason Crosby was the only bright spot on special teams, making his only field goal and all three extra points on a windy afternoon at Lambeau.

4. The Defense Got Pressure On the Quarterback in the Clutch

The Packers defense came up big on the final Jacksonville drive. First, Rashan Gary used a bull rush move and got under the blocker’s pads to sack Jake Luton for a six-yard loss. On the following play, Preston Smith came in and sacked Luton for a 10-yard loss. An incompletion on fourth down ended the Jaguars chances and the Packers escaped with the win.

The pass rush didn’t do much for most of this game, even when Jacksonville lost their starting left tackle, Cam Robinson for part of the fourth quarter. Still, with the game on the line, they rose to the occasion and got the job done.

5. The Run Defense Continues to Struggle

The wind was blowing and the Packers knew that for at least the two quarters the wind was against them, the Jaguars would have to emphasize the run. They still couldn’t stop the Jags running game consistently.

Rookie James Robinson gained 109 yards on 23 carries, a healthy 4.7-yards per attempt. If the Jaguars were smart, they would have run the ball even more often.

There were some bright spots with Kenny Clark and Darnell Savage playing their best games against the run and making some key stops but overall, the opposing offense was still able to move the ball consistently against the Packers run defense and a better team would have been able to exploit it for more points.

6. The Packers Struggled to Run the Football

As a team, the Packers gained only 80 yards on 25 carries, a subpar 3.2-yard average per attempt. The numbers get even uglier if you take out Aaron Jones’ 20-yard run in the second half. That represented the only run for more than 10 yards in the game by the Packers.

7. The Play Calling Was Predictable

The weather slowed down both offenses at times but the Packers play calling was too predictable and that made things even tougher for the offense.

Green Bay needs to be less predictable and more creative, even when the wind is limiting some of their options. The Packers should have scored more than 24 points against the 31st-ranked Jacksonville defense at home.

The Packers generally don’t sign linemen to new contracts when they approach 30, but Bakhtiari is a worthwhile exception. He is one of the best pass-blocking tackles in football and has shown few signs of slowing down.

GM Brian Gutekunst has now locked up Bakhtiari and Clark, taking two key players off the list of potential UFAs this coming offseason. They still have decisions to make on Aaron Jones and Kevin King, but the Packers have been slowly but surely taking care of business on the free agent front.

9. The Pass Defense Held Up Without Their Two Starting Corners

The Packers were without both of their starting CBs with King and Jaire Alexander both inactive for this game. Despite that, Luton barely completed half his passes, threw for just 169 yards and had a quarterback rating of only 62.7.

Adrian Amos came up with a big interception late in the second quarter that helped set up Mason Crosby’s 39-yard field goal in the closing seconds that gave the Packers a 17-10 halftime lead.

Josh Jackson and Ka’dar Hollman got the start and played reasonably well for most of the game. The Jaguars did not complete a pass longer than 21 yards all game. Sure, the wind was a factor, but the backup cornerbacks played well enough to get the job done.

10. Aaron Rodgers Was Effective but Not Spectacular

If you look at the numbers, Rodgers had a good game. His final quarterback rating was 108.1 after he completed 24-of-35 passes for 325 yards and two touchdowns. He also ran for a touchdown, his first rushing touchdown of the year.

He also accomplished all this under less than ideal conditions. The wind was a big issue and the Packers were without Davante Adams for part of the game and he was slowed by an ankle injury after he returned.

Rodgers was not spectacular, but he was efficient and came up big when he had to, especially on the go-ahead drive. It wasn’t pretty, but it was good enough to earn a victory against a bad opponent.