Your Morning Dump... Where Gordo's decision deadline is today 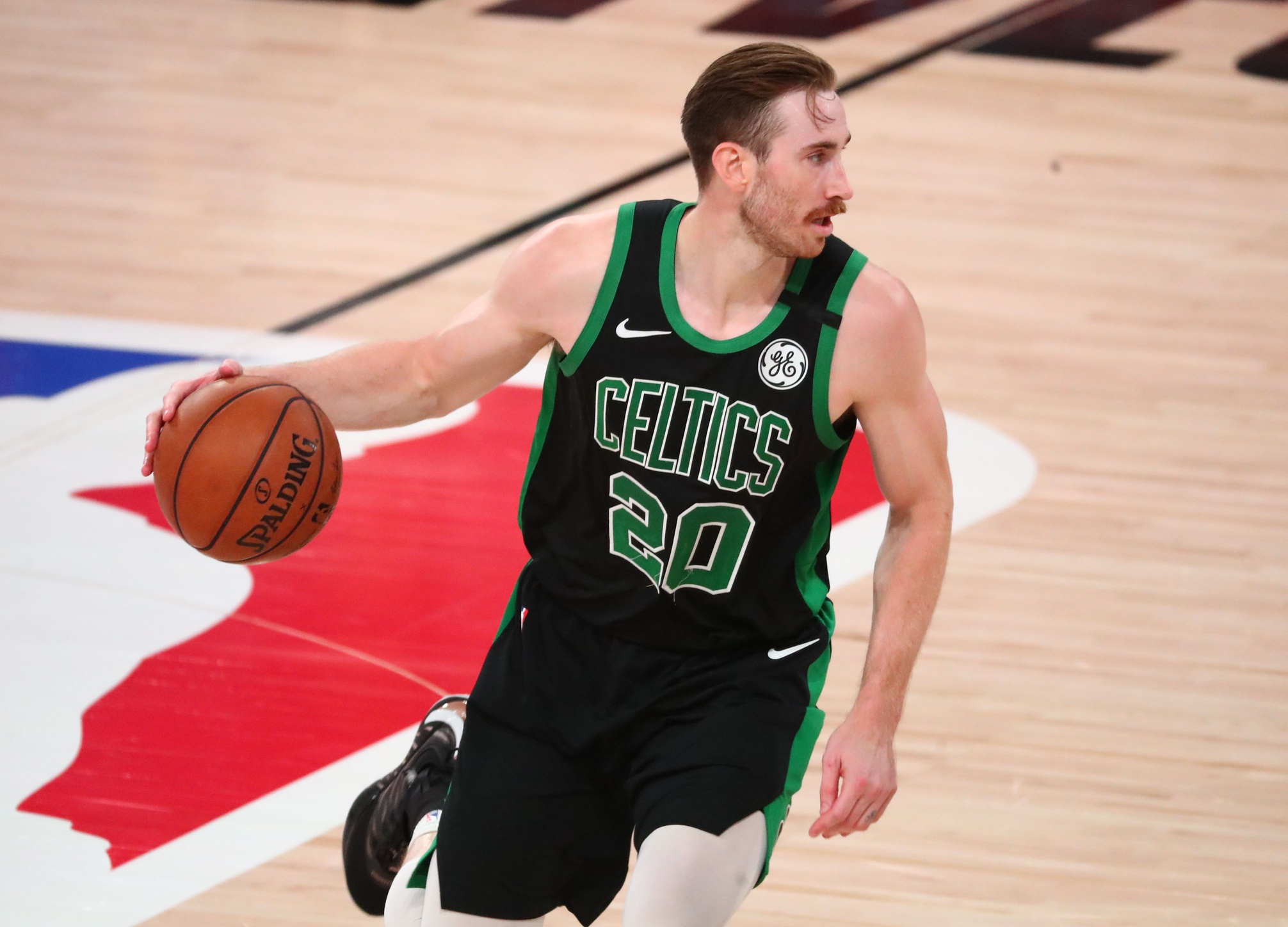 Your Morning Dump... Where Gordo's decision deadline is today

As the Celtics continue to use their three first-round picks as fodder for something bigger — quite possibly in a draft night trade — another part of their picture will become significantly clearer by 5 p.m. Tuesday.

Gordon Hayward has until then to decide on exercising his $34.1 million player option, restructuring with his team of the last three, mostly snake-bitten seasons, or, perhaps, continuing his NBA career somewhere else.

Mike Dynon talked a bit about Hayward on Saturday, and frankly, he’s right about the irrationality of the Hayward-hate that permeates a certain corner of Celtics fandom. There is no reasonable basis to want Hayward out the door. He’s a better player by far than anyone the C’s could sign as a replacement. Like Walker, he complements Tatum and Brown. Finding another impact player with that ability would not be easy even if the C’s had more flexibility in terms of trade capital and cap space.

I don’t have any inside info on Hayward’s decision. I’m pretty far down the basketball information food chain. I mean, basically, guys like me are the buzzards or perhaps the crows of the media world. We pick over carcasses looking for leftover meat.

However, I do know that when Hayward signed with Boston he talked about having ‘unfinished business’ with Stevens. Now, granted, ten years is a lot of water under the bridge. But I’m guessing that Hayward’s shot off the back of the rim in the Final Four doesn’t feel like it was ten years ago for him.

I have to think that a guy who skipped the birth of his son and came back wayyyy early from a severe ankle sprain in order to give the C’s–and himself–the best shot at winning a championship is not a guy who’s going to seriously consider playing for the Knicks or the Hawks.

All I know is that if you’d be happy to see Gordon go, then sure, you may be a Celtics fan alright, but you’re certainly not a fan of winning.

Page 2: Where Milwaukee just got a little bit better–maybe?

The New Orleans Pelicans will reportedly deal Jrue Holiday to the Milwaukee Bucks in exchange for George Hill, Eric Bledsoe and three first-round picks, according to Shams Charania of the Athletic.

Milwaukee will also fork over a pair of pick swaps with the Pelicans. The deal, which can’t be officially completed until Thursday, gives the Bucks a star guard to play with Giannis Antetokounmpo and Khris Middleton.

I get why Milwaukee thinks it’s no big deal to send three picks and two swaps to NOLA.

There are a variety of problems with this attitude. Firstly, impact players have dropped into the 20s on a regular basis over the past decade. The talent pool has grown deeper with the expansion of professional basketball outside the states, while within the U.S. borders, more universities are capable of bringing homegrown talent up to NBA-caliber play. Treating late first round picks as essentially valueless is not a gamble I’d make.

Secondly: Is Jrue Holiday that much better than Eric Bledsoe? Per Basketball-Reference.com, Eric Bledsoe’s BPM & VORP are 1.8 & 1.6, while Holiday’s are 1.8 & 2.0. Both players are 30, and can safely be assumed to be at the same point in their development, so one can say with a measure of certainty that Holiday is an upgrade (which could not be said of a deal that would swap Kemba Walker at 4.6/2.9 for Holiday).

However is Holiday enough of an upgrade to justify the price that Jon Horst just paid for him?

Frankly, it’s hard to see how he could be.

Now granted, like having coaches wear face masks on TV, which is more about sending a message than it is about actually preventing the spread of disease, sending out three first rounders to make a slight upgrade at the PG spot may be less about the upgrade and more about communicating to Giannis that the team is committed to upgrading.

There are two more problems with doing business this way:

The first is this: Once those picks are gone, they’re not coming back. The second is the salary. Bledsoe just finished the first year of a four year contract (the fourth year is a player option). He’ll be making $18M next season, about $8M less than Holiday. It’s a safe assumption that the Bucks have just committed substantially more money to their starting PG spot, which limits their flexibility in other areas. And that’s assuming that Holiday signs with the Bucks.

Now giving up all that just to indirectly communicate to your star that you’re serious seems like a bad idea to me.

Then there’s the possibility that Eric Bledsoe is not the problem here. Mike Budenholzer’s playoff record has been more or less stagnant over the course of his career. Here’s his playoff record compared with Brad Stevens’:

As the NBA braces for maybe the most frenetic week in league history, silly season on steroids kicked off Sunday with news that the Brooklyn Nets currently headline James Harden’s list of potential trade destinations.

If you’re a Celtics fan hyperventilating into a brown paper bag at the prospects of a Harden-Kyrie Irving-Kevin Durant super team while repeatedly muttering about how Boston missed its opportunity inside the bubble, it’s important to note that ESPN reported that the two sides had not engaged in any actual trade talks and the Rockets have reportedly told rivals they plan to move forward with Harden.

As with the ‘Gordon Hayward should leave’ take, wishing that the C’s would get in on the Harden sweepstakes is just fundamentally wrong-headed analysis. If the C’s somehow entered the upcoming season without Hayward and with Harden, they’d be a mess. Adding Harden to the starting lineup would push Brown–and especially Tatum–out of position.

Also, the C’s seem to be intent on developing maximum offensive flexibility. Both IT and Kyrie Irving were ball-dominant PGs. They needed to have the ball in order to make things happen. Harden is another such. And with the distribution of talent in the C’s starting lineup, that doesn’t make sense. The strength that Boston has is that they can put multiple ‘creators’ on the court at the same time.

If that’s your strength, then you want to make moves that play to that strength. Going after a guy who needs to be the creator to be effective is a bad play, strategically.

And, incidentally, that’s why I’d be happy to see Harden end up with the Nets. Having him and Kyrie on the same team would, in theory, give you a two-headed monster in the back court, but in practice, you would likely only have to neutralize one player at a time.