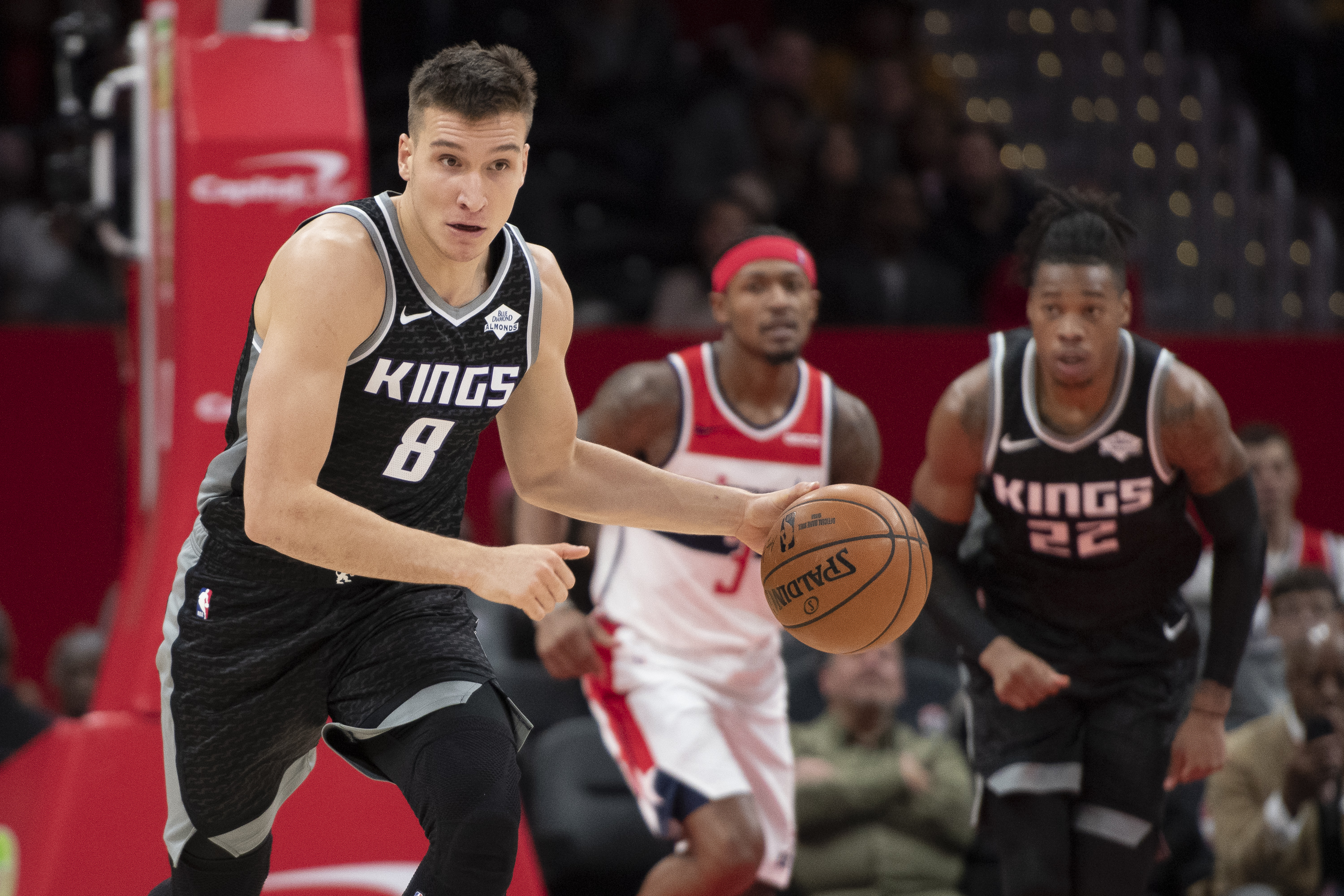 The Sacramento Kings signed Bogdan Bogdanovic to trade him to the Milwaukee Bucks. At least, that’s what everybody thought.

The Sacramento Kings and the Milwaukee Bucks participated in one of the first trades of the season earlier this week.

Not too long after the Bucks acquired veteran guard Jrue Holiday from the New Orleans Pelicans, the Bucks made another blockbuster trade with the Kings to acquire Bogdan Bogdanovic.

The Bucks sent Donte DiVincenzo, D.J. Wilson, and Ersan Ilyasova to the Kings in order to land Bogdanovic who worked out a sign and trade with the Kings — or at least, so we thought.

More to come at @TheAthleticNBA, but an update here on the Bucks-Kings Bogdan Bogdanovic situation. pic.twitter.com/mN2GOaLoKJ

According to The Athletic’s Sam Amick, the Kings’ plan to sign and trade Bogdanovic was a one-way street. Per Amick’s recent report, Sacramento’s 28-year-old forward never actually agreed to a new deal with the Kings.

Now, high-rankings officials have told Amick that the deal has issues and the future outcome of the trade is currently unclear.