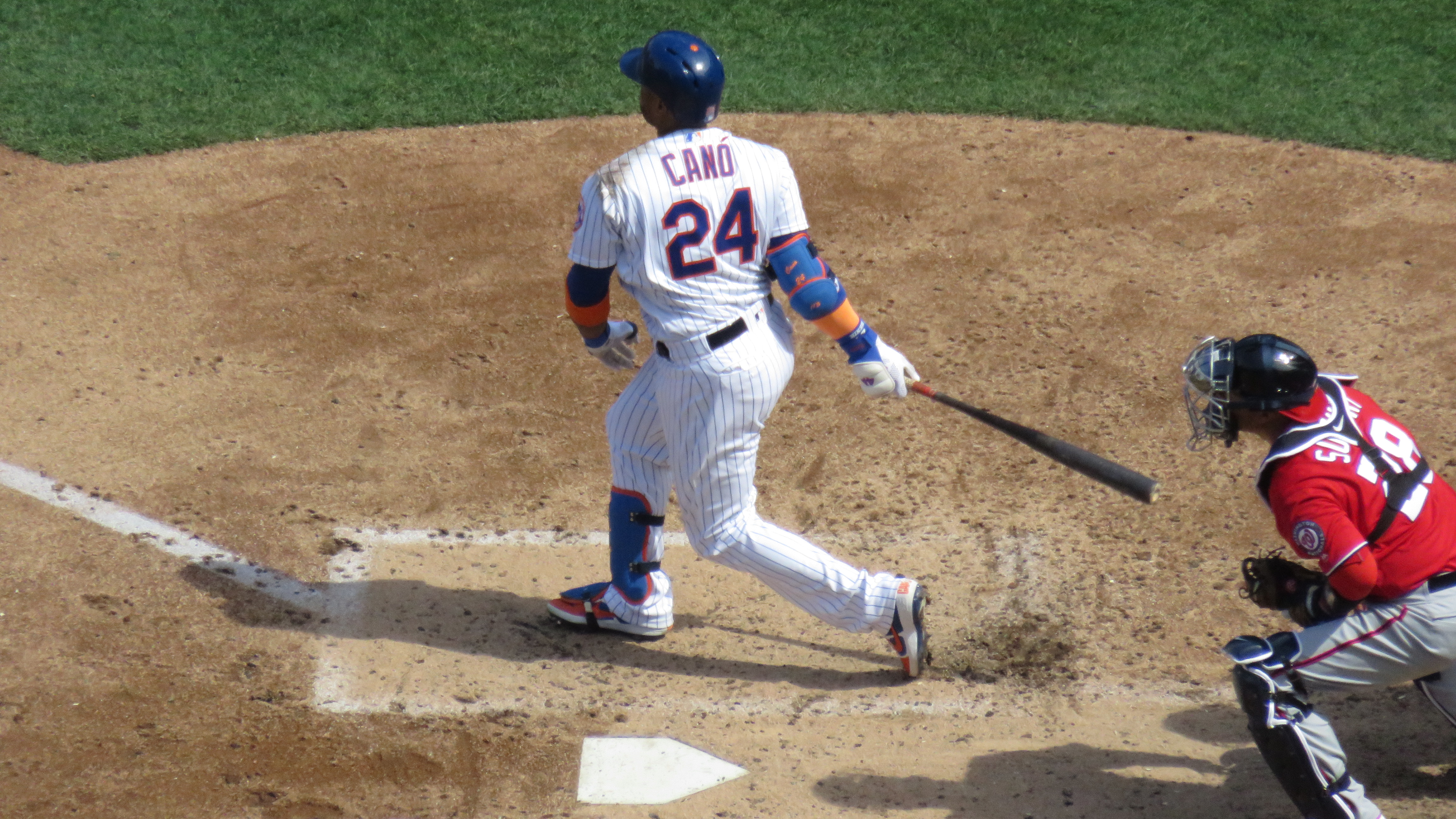 I really don’t want to say that it was predictable that Robinson Cano was going to get banned for performance enhancing drugs a second time, but there was no doubt that the ending of the Edwin Diaz/Robinson Cano/Jarred Kelenic deal was not going to be good.

Thank … GOD that this news comes with a new ownership group in here with a inclination to spend money and improve the team. And now they’ll have an extra $20,250,000 from Cano’s adjusted salary to spend on whoever they want. Imagine if this had happened without new ownership. Jeffy would have already spent that money on uniforms for the New York Excelsior.

Hopefully, Stevie Wonder can find a way to get out of the other two seasons at $40.5 million total with some sort of character clause so that we can be rid of this blight forever and ever. Also, hopefully, that money will get put back into the payroll so that the Mets will have something to show for giving away Jarred Kelenic in a roundabout way … even if it has to go through Albuquerque or Guam or Hell, like, that kind of roundabout. I’ll take it.

It’s also worth noting that Cano’s expulsion means that there’s one less existing major leaguer that will have to be traded to make room for anybody. Jeff McNeil can go back to second base. There’s more time now for J.D. Davis, Dom Smith, and Brandon Nimmo to name a few. Now if one of them gets traded, it’ll be to make room for a legitimate talent in his prime, and not to keep Robinson Cano’s 38-year-old carcass happy. I’ll take that any day of the week.

Cano struggled in the first half last season and then played strong down the stretch in ‘19 before producing big in ‘20. The latest positive PED test makes you wonder if he tried to play the first half clean last year and when it wasn’t working reached for a little extra help.

Cano, in the process of torching his Hall of Fame chances and ruining his legacy by getting caught using the most obvious steriod in the lot, did the Mets a huge favor. But it shouldn’t mean that we give Brodie Von Monorail a pass in our celebration of salary relief. Anybody with half a brain would have realized that trading a first round draft choice for a closer and an aging second baseman who had already been clipped for performance enhancers was a hairbrained idea at best. But Brodie and Jeffy together couldn’t produce half a brain between them if you spotted them the medulla oblongata. Instead of prioritizing winning ballgames, they prioritized salary shortcuts and bro codes. Hopefully this keeps Brodie out of any front offices in the future outside of maybe the four in the N.L. East. And a pox on Jeffy forever and ever and ever.

I’m just happy that this franchise has broken through to the alternate plane, and a day like this can lead to a happy ending instead of just the usual LOL’s.