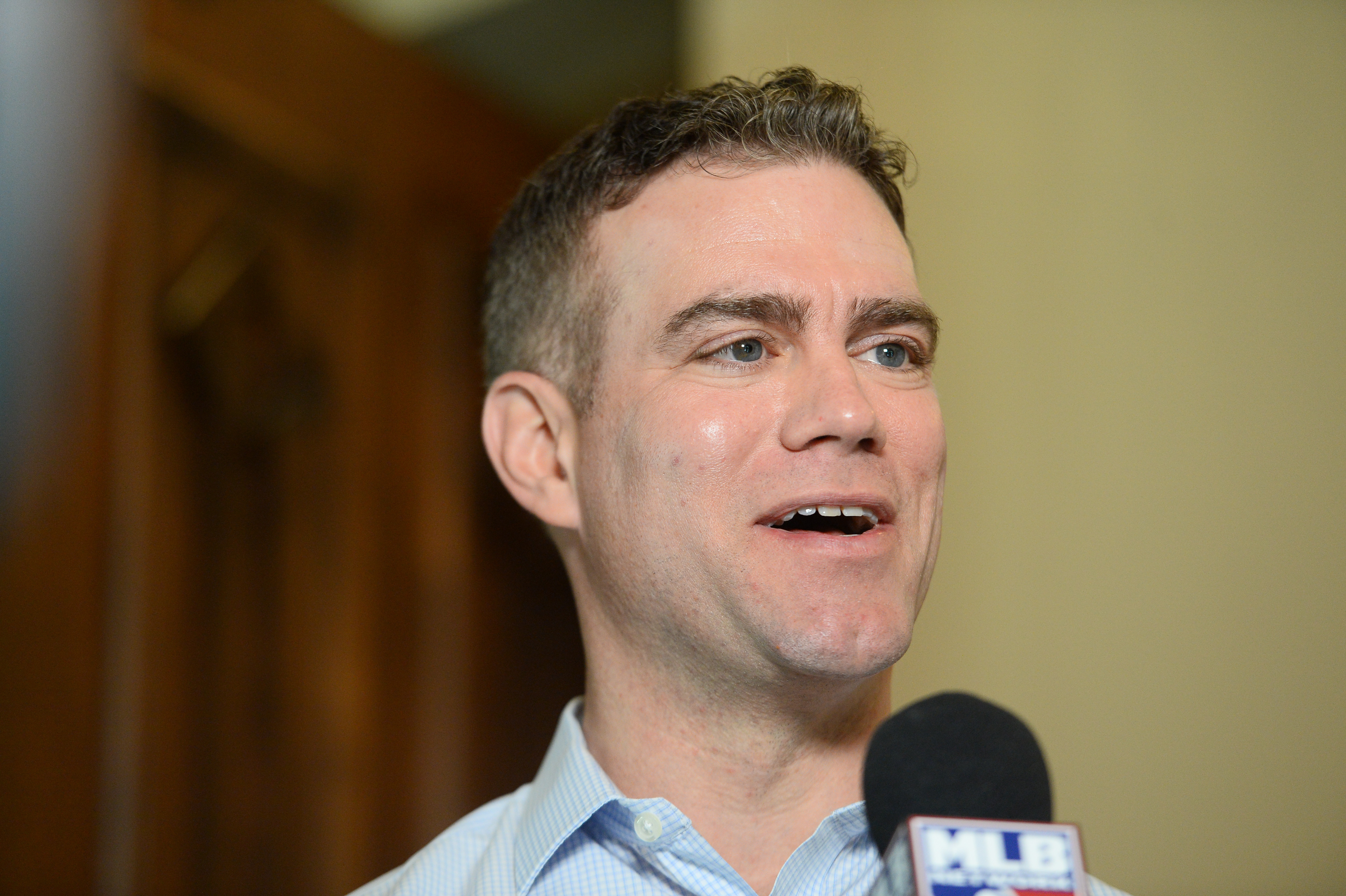 Theo Epstein has resigned as the president of baseball operations for the Chicago Cubs, according to Katherine Acquavella of CBS Sports on Tuesday. Epstein had been with the Cubs organization since 2011.

However, it is what Epstein was able to help orchestrate in 2016, is what will resonate with Cubs fans forever. That year, the Cubs defeated the Cleveland Indians in seven games to win their first World Series since 1908.

Things did not start off well for Epstein in Chicago. In his first season as Cubs president, the Cubs had a horrendous record of 61 wins and 101 losses. The Cubs team Epstein had put together looked a lot like the lowly Cubs teams from the 1950s.

However, things slowly began to change around for the Cubs. They still had a losing record in 2013 and 2014, but won 66 and 73 games respectively. Then prior to the 2015 season, Epstein and Cubs General Manager Jed Hoyer acquired starting pitchers Jon Lester and Jason Hammel, catchers David Ross and Miguel Montero, and outfielder Dexter Fowler. As Anthony Rizzo and Kris Bryant emerged into formidable sluggers from the corner infield positions, the Cubs posted a solid record of 97 wins and 65 losses, and advanced to the National League Championship Series where they were swept by the New York Mets.

Prior to the 2016 season, Epstein and Hoyer continued to tinker with the lineup by acquiring outfielder Jason Heyward, starting pitcher John Lackey and second baseman Ben Zobrist. The acquisition of Zobrist from the Kansas City Royals turned out huge, as he ended up being the World Series most valuable player.

Over the last four years, the Cubs have reached the postseason three times. However, in 2020, the Cubs lost the National League Wildcard series two games to none to the Miami Marlins even though Chicago won the National League Central. With Epstein leaving Chicago, Hoyer will move into Epstein’s former role as president of baseball operations.

It will be interesting to see where Epstein will end up next. In addition to being responsible in turning the Cubs around and helping Chicago win its first World Series in 108 years, he was able to deliver similar success earlier on in his career with the Boston Red Sox. In 2004, Epstein guided Boston to its first World Series title since 1918.