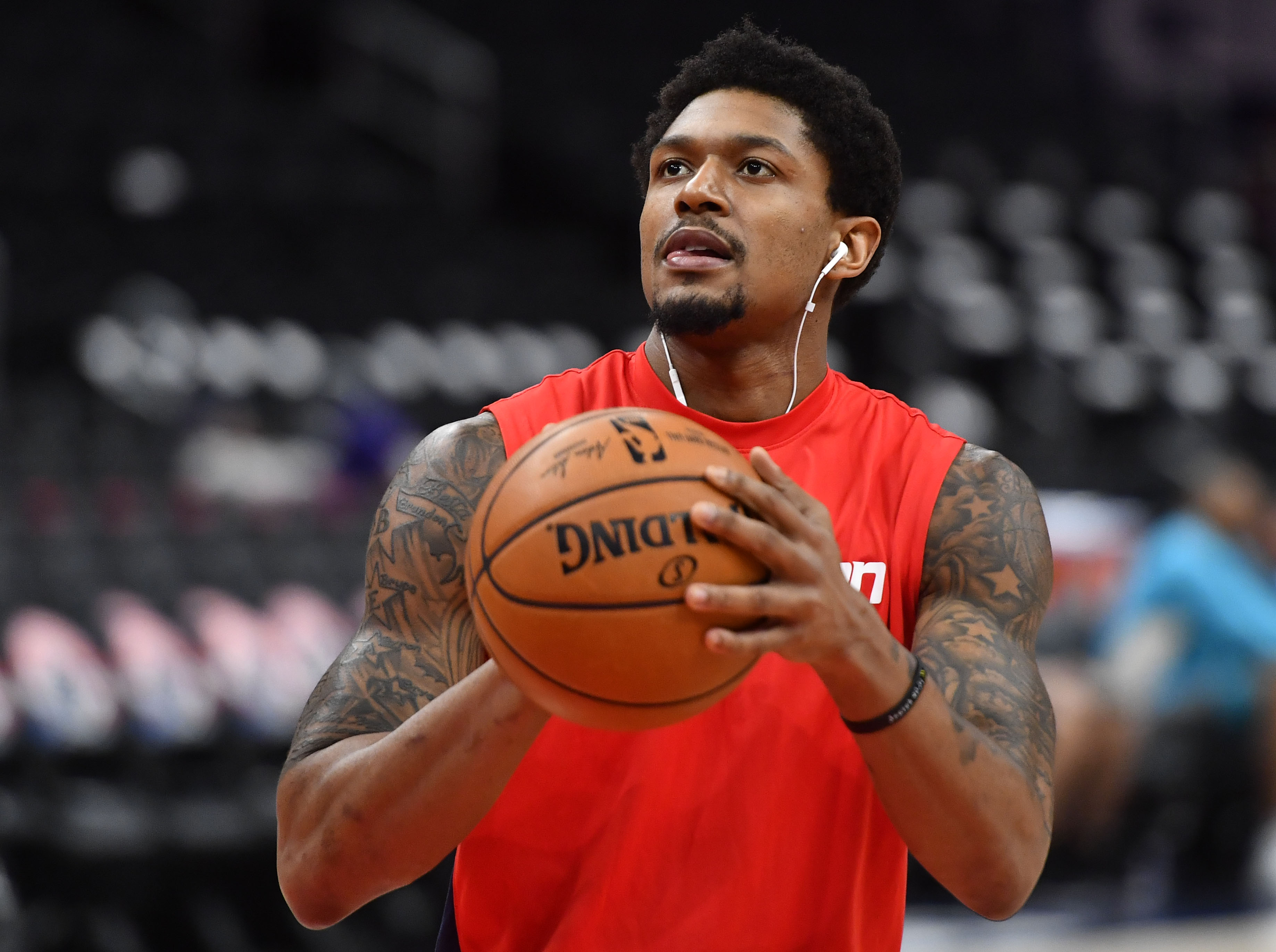 To no surprise, teams are looking into Bradley Beal’s availability through the trade market.

The Washington Wizards will spend a lot of time on the phone this offseason fielding trade offers for their top two stars, John Wall and Bradley Beal.

Recently, Beal has been a popular trade candidate in D.C. According to Vincent Goodwill of Yahoo Sports, Bradley Beal is among one of the “hot names” on the trade market so far this offseason.

Not exactly a shocker considering the season Beal is coming off of. Ever since becoming the third-overall pick in the 2012 NBA Draft, Beal has slowly progressed into one of the most reliable guards in the league.

Despite being with a struggling franchise such as the Wizards, Beal is one of two players who consistently stands out every season. Just last year, he put up career numbers as the Wizards were missing starting point guard John Wall.

Before the NBA’s COVID-19 hiatus back in March, Beal appeared in 57 games and averaged a career-high of 30.5 points-per-game, 6.1 assists-per-game, and drained over 35-percent of his three-point attempts.

Unfortunately, the Wizards struggled and failed to make the postseason for the fourth time in Beal’s career. Knowing the Wizards could be on the verge of a rebuild, teams are calling Washington’s front office to check the availability of the 27-year-old guard.

To no surprise, Washington isn’t budging. Not only did Goodwill report that the Wizards’ front office hasn’t indicated they are actively shopping the veteran guard, but the team’s general manager mentioned on Tuesday that Beal isn’t going anywhere.

Will that stop teams from calling? Most likely not. Unless they are making an offer the Wizards absolutely cannot refuse, it seems Beal will remain in Washington once again.