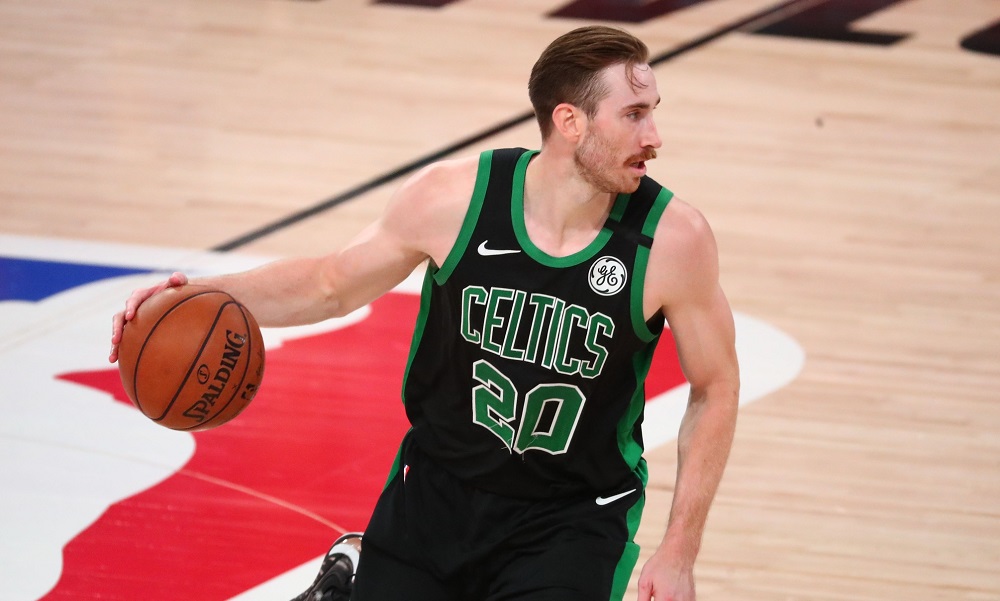 The decision is in: Gordon Hayward is no longer under contract with the Boston Celtics.

Celtics’ Gordon Hayward has opted out of his $34M deal for the 2020-21 season and will become a free agent, sources tell @TheAthleticNBA @Stadium.

There is one glimmer of hope for Hayward to return or the Celtics to be compensated:

Now that Gordon Hayward has opted out, here are the paths forward:

Hayward's opt-out viewed more as a formality. League source said it's still possible he returns to C's in restructured deal, unless, ala Al Horford, he receives home run offer from Atlanta or New York. "Gordon doesn't even know right now."

Hayward had a deadline of Thursday afternoon to either pick up his player option for a fourth season with the Celtics or opt out to become an unrestricted free agent. With $34 million waiting for him, opting in originally seemed like a no-brainer.

Another possibility was for Hayward to stay and agree on a renegotiated contract with more years at somewhat less money.

However, when Hayward didn’t declare his intentions on Tuesday – the original deadline – the picture became unclear for a suddenly jittery Celtics fanbase.

The worry was justified. Hayward walks away and is free to sign with any team. The Celtics get no compensation and now have a 6-foot-7 hole in their rotation.

As we all know, Haywood’s potential Boston career was effectively destroyed after just 5:15 of playing time in his first game. Last season he also suffered a broken hand and badly sprained ankle. In three star-crossed seasons with Boston, he played in just 125 regular season games and 14 playoff contests.

In other contract news:

Per source, although the Celtics declined to issue Brad Wanamaker a qualifying offer, there remains a chance that he could return to Boston, particularly if Hayward does not.

Much more to come about all this during the rest of the week, here on Red’s Army.