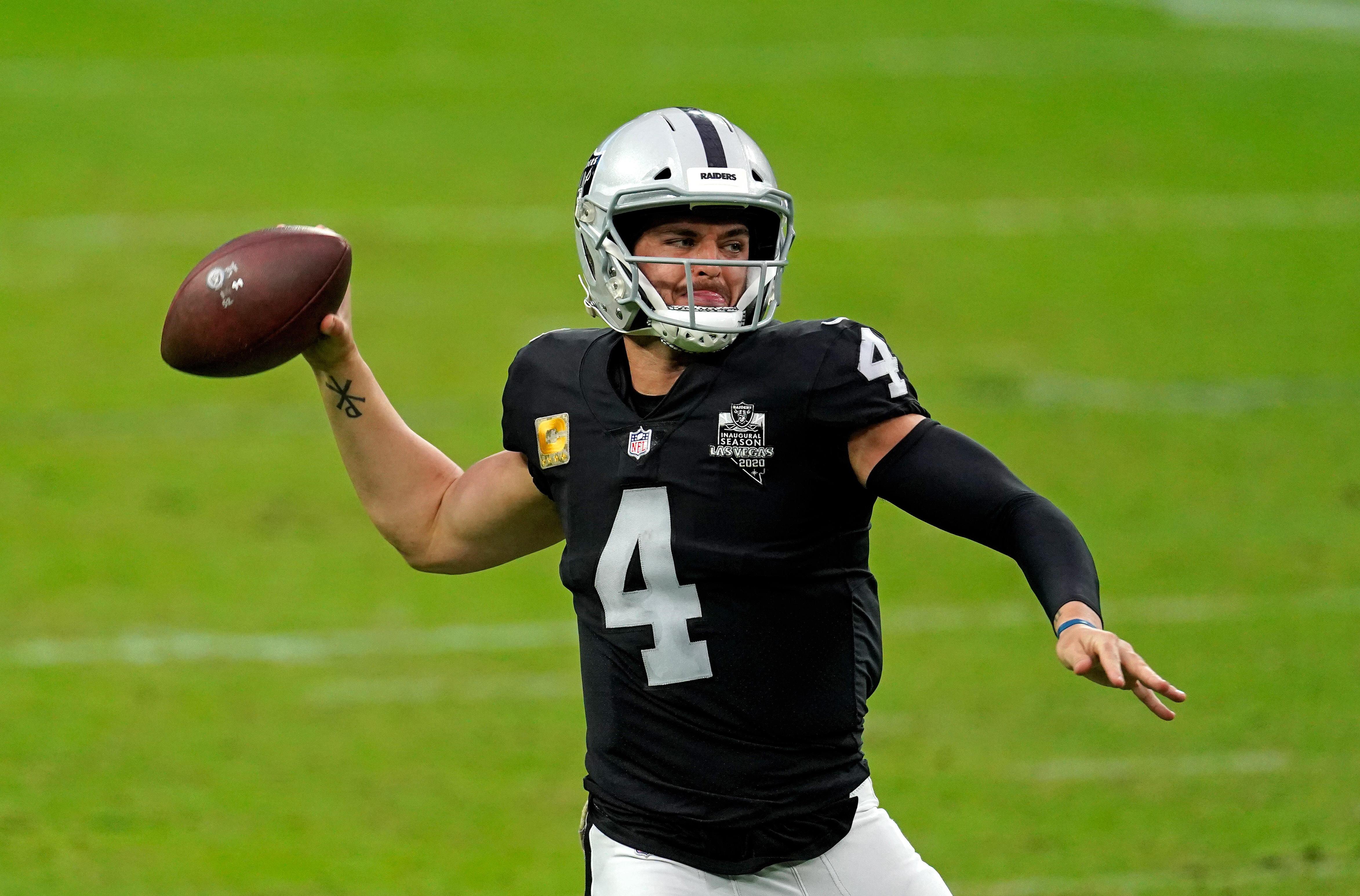 Raiders quarterback Derek Carr is proving that he’s no longer the prime meridian of signal-callers this season.

In fact, Carr has resemble more of a top-8 quarterback than a middle-of-the-pack one, and, for the first time in his career, he’s consistently attempting — and completing — deep passes this season.

Carr has been dispelling the narrative that he avoids throwing downfield, as his tendencies this season suggest maybe he just didn’t have receivers capable of getting open and making plays downfield in the past.

And while it remains to be seen if he can continue to be as effective as he’s been during the first half of the season, his head coach sure believes in him. Jon Gruden thinks Carr is attempting to prove he’s one of the league’s best quarterbacks.

“He’s all business.” Gruden began, via The Fresno Bee. “He’s on a mission right now to prove that he can be one of the top, if not the best, in football. That’s what he’s after,” Gruden said, per the Fresno Bee. He continued, “I think he’s on a mission to deliver his leadership, his play-making and his day-to-day consistency to this team. If you could see him here every day in these circumstances, you’d all be impressed with what he represents. I couldn’t be happier having him as my quarterback.”

We lean more toward Carr showing a bit of regression than anything, but we’ll see how the rest of the season shakes out.